Abandoned in the heatwave: Poor puppy called George who was left on the London Underground in soaring temperatures is looking for a new home

A tiny dog abandoned on the tube in soaring heatwave temperatures is now looking for a loving new home.

The poor Chihuahua cross was found scared and confused on the Bakerloo line by a passenger who called in Mayhew, an animal welfare charity.

He was found in incredible 25C heat, and did not have any lead, microchip or clues to his owners. 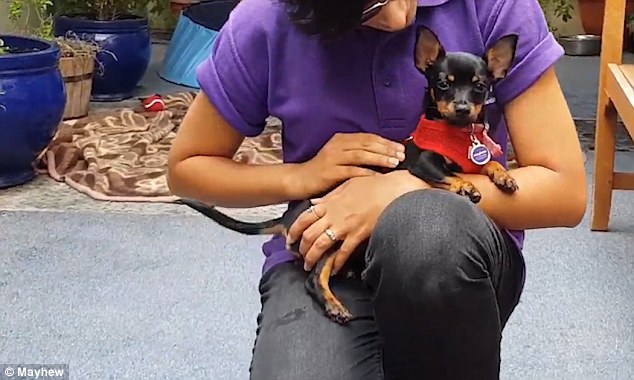 Check this out  We're living longer than we ever have

At Mayhews the brown and black dog got a check up and a new name – George Michael – and now the animal charity is hoping to find George his forever home.

He also now sports a nifty neckerchief and loads of room for love.

On the Mayhew twitter account user were appalled at the dog’s tube line horror story, Georgia DD said ‘That is disgusting. So cruel’

Dolly added; What is the matter with people, it’s a disgrace, poor little thing the world has gone crazy.!!! 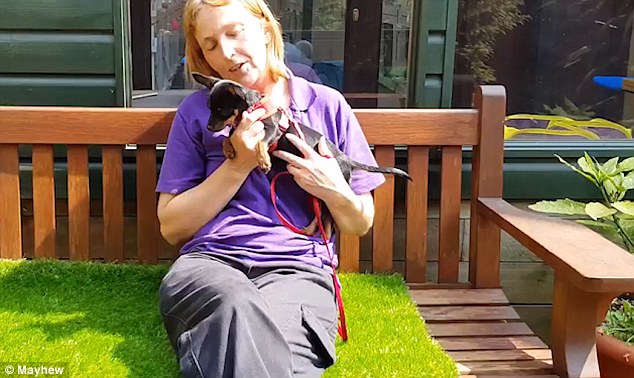 After a check up at Mayhew, George Michael as they have named him is hoping for a new place to call home

Check this out  Shocking moment masked raiders on mopeds try to steal a £4,000 motorbike from outside a university