Apple CEO Tim Cook has spoken out in a wide-ranging interview on the site of the company’s planned MacPro factory in Texas.

Cook gave the interview with ABC News in Austin on Wednesday, the same day President Donald Trump flew out to visit the $1 billion facility, which is expected to open in 2022.

The CEO defended Apple’s controversial engagement with China, where the iPhone is manufactured, and said that assembling the phones in the U.S. is ‘not on the horizon.’

‘The way I think about it is, the iPhone is made everywhere,’ Cook said. 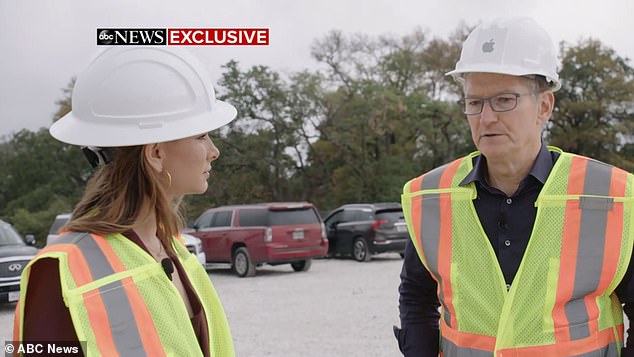 Cook gave the interview with ABC News in Austin on Wednesday, the same day President Donald Trump flew out to visit the company’s planned $1 billion facility 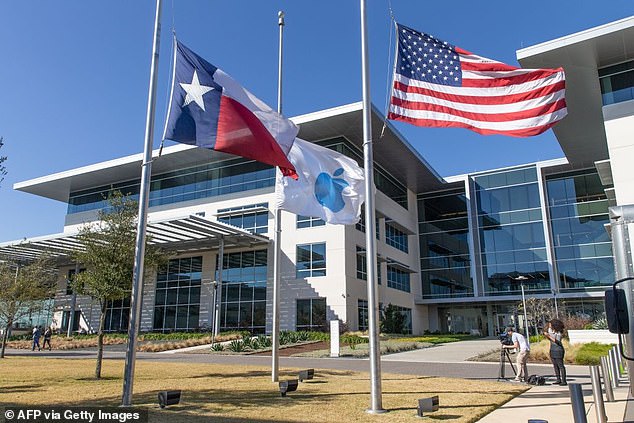 Apple’s campus in Austin, Texas is seen. Apple unveiled plans Thursday for a $1 billion campus in Texas that will create jobs for the tech giant outside Silicon Valley

‘If you look at the glass of the iPhone, which everybody touches all day long, that glass is made in Kentucky. If you were to take apart the iPhone you would see many of the silicone components that are made in the United States as well,’ he said.

‘The iPhone is the product of a global supply chain,’ Cook said.

The facility in Austin is expected to employ 5,000 people when it opens, and Apple says that it has the capacity to employ up to 15,000.

On Wednesday, Cook met privately with Trump during the factory visit.

Cook, who has a strong relationship with Trump, has sought relief for Apple from the U.S. tariffs on China, which are part of a months-long tit-for-tat trade war between the world’s largest economies. 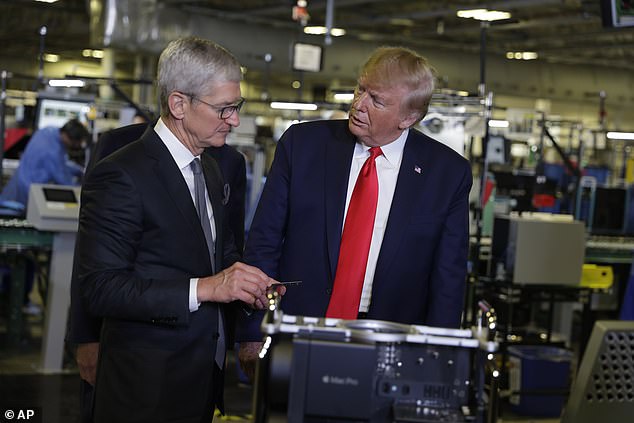 When asked by a reporter on Wednesday if Apple should receive tariff exemptions, the president said ‘We’ll look into that.’

‘The problem we have is you have Samsung. It’s a great company but it’s a competitor of Apple, and it’s not fair if, because we have a trade deal with Korea – we made a great trade deal with South Korea – but we have to treat Apple on a somewhat similar basis as we treat Samsung,’ Trump said.

Check this out  The ultimate Christmas gifts for gadget lovers of all ages (from just £8.97)

In the ABC interview, Cook said that he didn’t want to ‘speculate’ on how further rounds of tariffs might impact Apple.

‘I’m hoping that the U.S. and China come to an agreement, and so I don’t even want to go down that road right now,’ Cook said. ‘I’m so convinced that it’s in the best interest of the U.S. and best interest of China, and so if you have two parties where there’s a common best interest there has got to be some kind of path forward here. And I think that will happen.’

In addition to being a manufacturing base for the iPhone, China is an important market for Apple, accounting for about 20% of all the company’s sales.

However, Cook insists that Apple is not concerned by its reliance on the Chinese market, even after the NBA was forced to bow to Chinese outrage over a GM’s remarks supporting protesters in Hong Kong.

‘China really hasn’t pressured us, and so I I don’t envision that,’ he said. 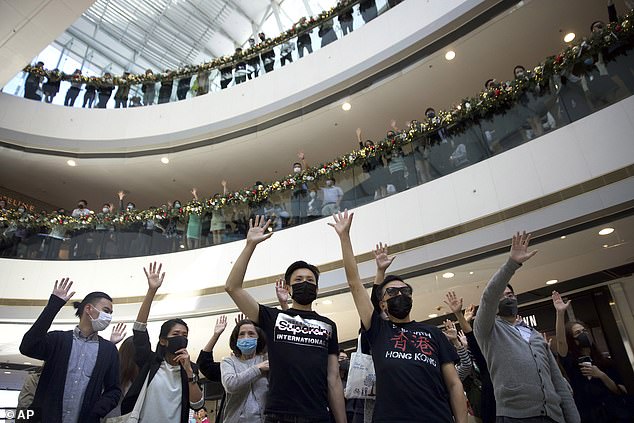 Check this out  Get fit in 15 minutes: The best exercise for banishing back fat and smoothing a bra-strap bulge 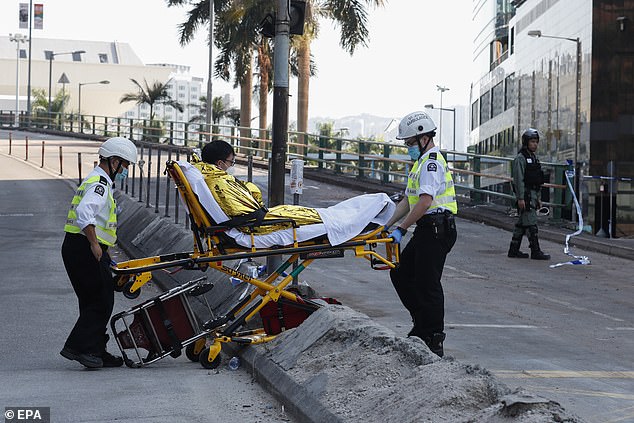 A protester leaves with medical staff from the Hong Kong Polytechnic University in Hong Kong on Friday. Hong Kong is in its sixth month of mass protests

‘In terms of the Hong Kong situation, I hope and pray for everyone’s safety,’ Cook said diplomatically. ‘More broadly I pray for dialogue, because I think that good people coming together can decide ways forward.’

Apple came under fire after removing an app that Hong Kong protesters used to track police movement, but Cook insisted that it had not been removed at the insistence of China’s ruling Communist Party.

‘In the specific app in Hong Kong, we made the decision unilaterally,’ he told ABC.

Cook insisted that Apple acts the same in China as it does in the U.S. and the EU, and won’t bow to government pressure.