By Richard Spillett for MailOnline

The Archbishop of Canterbury has praised Meghan Markle as a ‘remarkable person’ and hit out at the abuse she has received since marrying Prince Harry.

Justin Welby, who officiated at Harry and Meghan’s wedding and baptised their son Archie, said the Duchess of Sussex is someone of ‘profound humanity and deep concern for people’.

He described being a member of the Royal Family as ‘a life sentence’ and said the trolling and abuse they get is ‘absolutely terrible’. 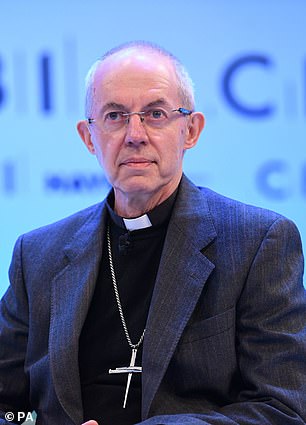 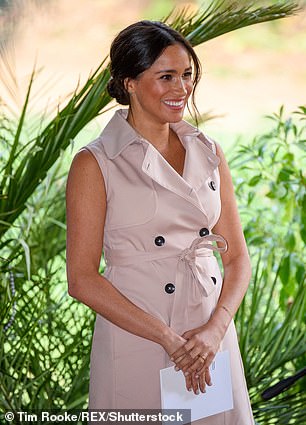 The Archbishop of Canterbury Justin Welby has defended Meghan Markle, calling her ‘a person of profound humanity’ 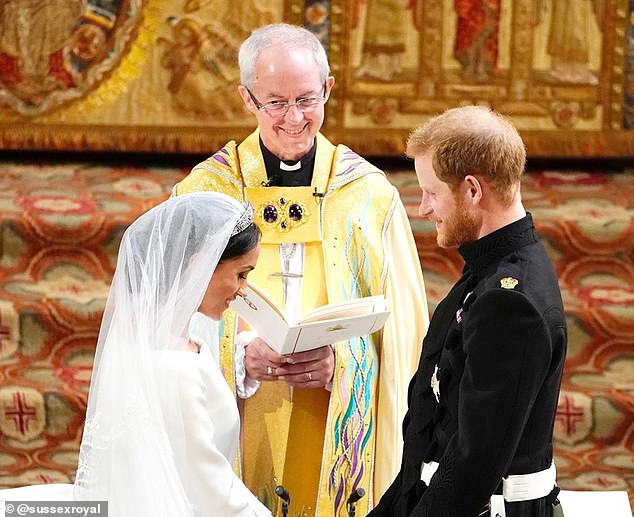 Archbishop Welby, pictured with the Duke and Duchess of Sussex on their wedding day

During a wide-ranging interview this afternoon, the Archbishop was asked by Radio Five Live presenter Emma Barnett whether he thought some of the treatment of Meghan was racist.

He replied: ‘I would obviously be immensely concerned about all racist behaviour and, particularly when it’s someone you know, you just think this is so totally undeserved.

‘These sort of portrayals of her you sometimes see… she’s a person of profound humanity, and deep concern for people, seeking to carry out her role with every ounce of her being, and I think she’s a remarkable person.’

He said of the Royal Family in general: ‘They are born into it and one of the things, with the great privilege of meeting someone of them, that I’m most aware of is their sheer sense of duty and commitment which means they know this is a life sentence.

‘Even if they decided that withdraw from public life and never take any money and disappear, they would still be pursued because they’d be the ex-you know Duke of Rock or whatever. It is genuinely a life sentence.’ 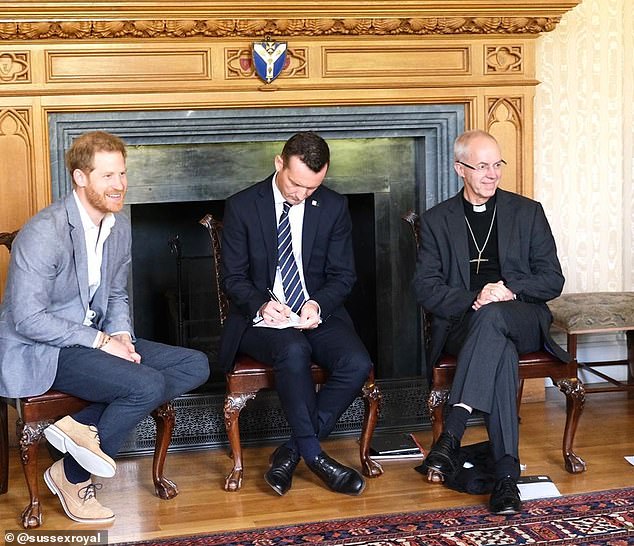 Check this out  Former drug addict, 39, got into shape in 24 weeks by embarking on intense exercise regime

He added: ‘I look at anyone in public life, whether it’s the Royal Family or politicians of all parties, and think the amount of abuse, misrepresentation, trolling, just horrible behaviour towards all of them, is absolutely terrible.

‘Worry is not quite the word, be concerned for them, whether it’s royals or others, I feel a deep sympathy for them and it’s one of the reasons I admire politicians.

‘I actually think people who put themselves out on the firing line like that are very brave and we may disagree with them but we shouldn’t abuse them.’

The Archbishop, pictured with the Queen in 2015, described being in the Royal Family as ‘a life sentence’

It is not the first time Archbishop Welby, who took on his role in 2013, has stepped in to defend the Duke and Duchess of Sussex.

Last month, he told The Times the couple are ‘entitled’ to take time off because they’re ‘not superhuman’.

He said: ‘All members of the royal family are under a pressure that none of us outside it can possibly imagine.’

Earlier this year, the Duke and Duchess used an ITV documentary to tell of their struggles with being in the public eye,

Meghan told how she had tried to cope with the pressures of her new life since marrying Harry in May 2018 with a ‘stiff upper lip’.

She explained how she struggled with the barrage of criticism she experienced after becoming a new mother under the glare of the media spotlight – and added she and Prince Harry are ‘just surviving’ the intense media attention.

And when asked by presenter Tom Bradby if he had yet ‘found peace’, the Duke of Sussex said the grief of his mother’s death still remains – and described it as ‘a wound that festers’.

Shortly after the documentary aired, the Archbishop joined Prince Harry to host a workshop about mental health at Lambeth Palace.