Festivalgoers in Dorset have been pictured making the most of the hot weather as a number of questionable outfits were on display for the third day of Bestival.

Check this out  Idiot sends teen girls slamming into step ladder, then gets hit by them and falls

One man was seen wearing gold Speedo pants, a floral necklace and shiny silver bumbag while another woman was seen in leotards as they headed to the music stages at Lulworth Estate, Dorset.

Others were seen trying to seek refuge in the shade behind bins and trees as temperatures are set to hit 30C.

Bestival is celebrating its 15th anniversary in style by using a circus theme to thrill and excite music lovers.

With more than 20 stages, there will be no shortage of acts this weekend – including headliners London Grammar and M.I.A. 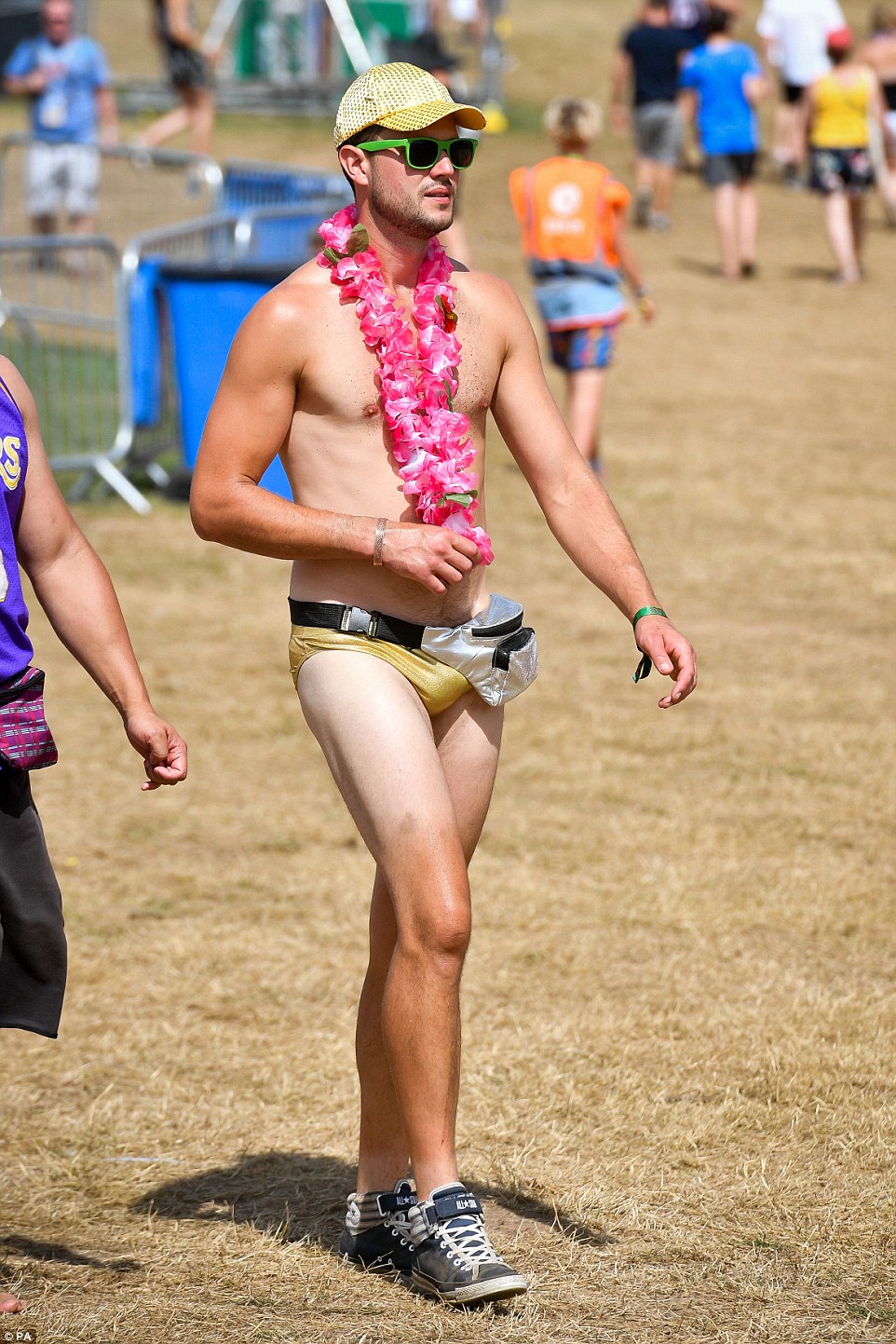 One man was seen wearing gold Speedo pants, a floral necklace and shiny silver bumbag as he made his way around the festival in Lulworth estate, Dorset 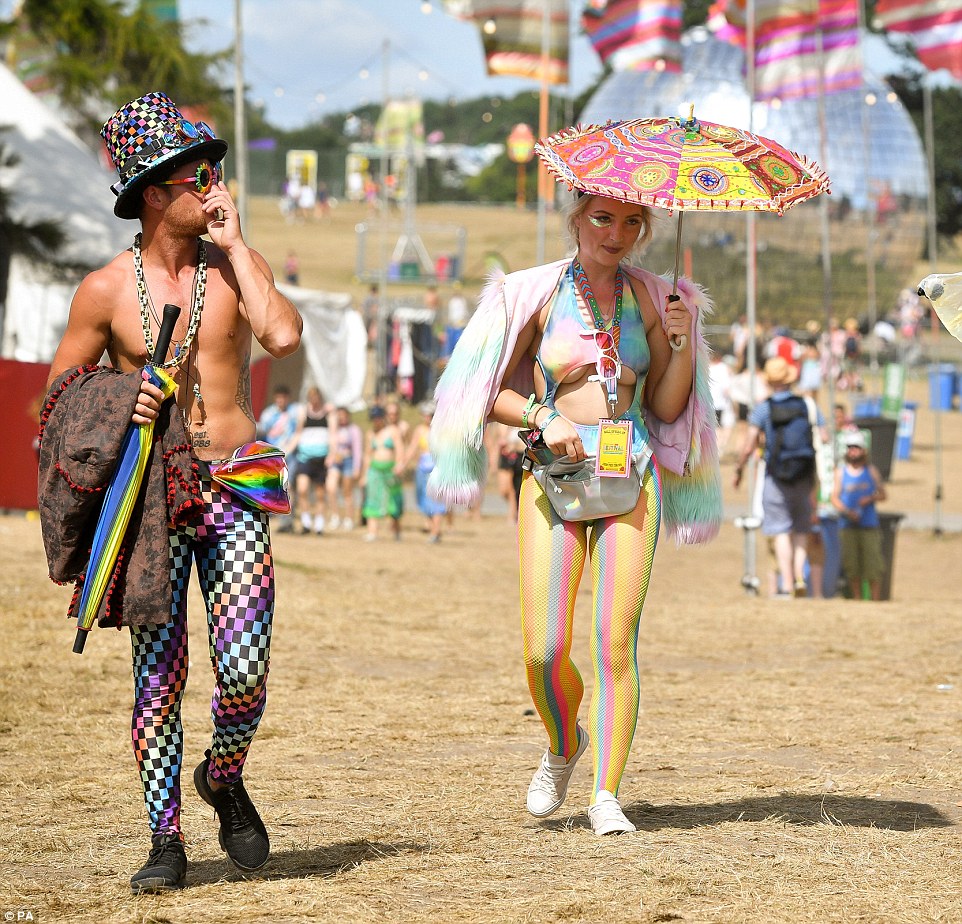 Leotards were on full show today despite the hot weather. The man to the right can be seen in a pair of colourful checkered leggings while the woman uses a parasol to protect herself from the sun 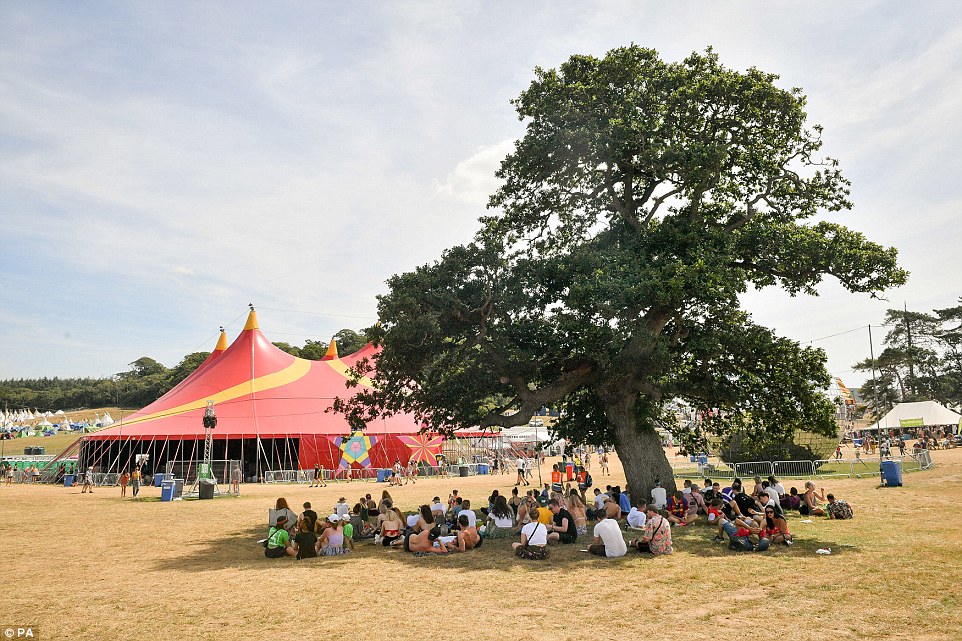 Others decided to seek refuge from the intense heat under a tree today, as the festival gears up for the third day of music 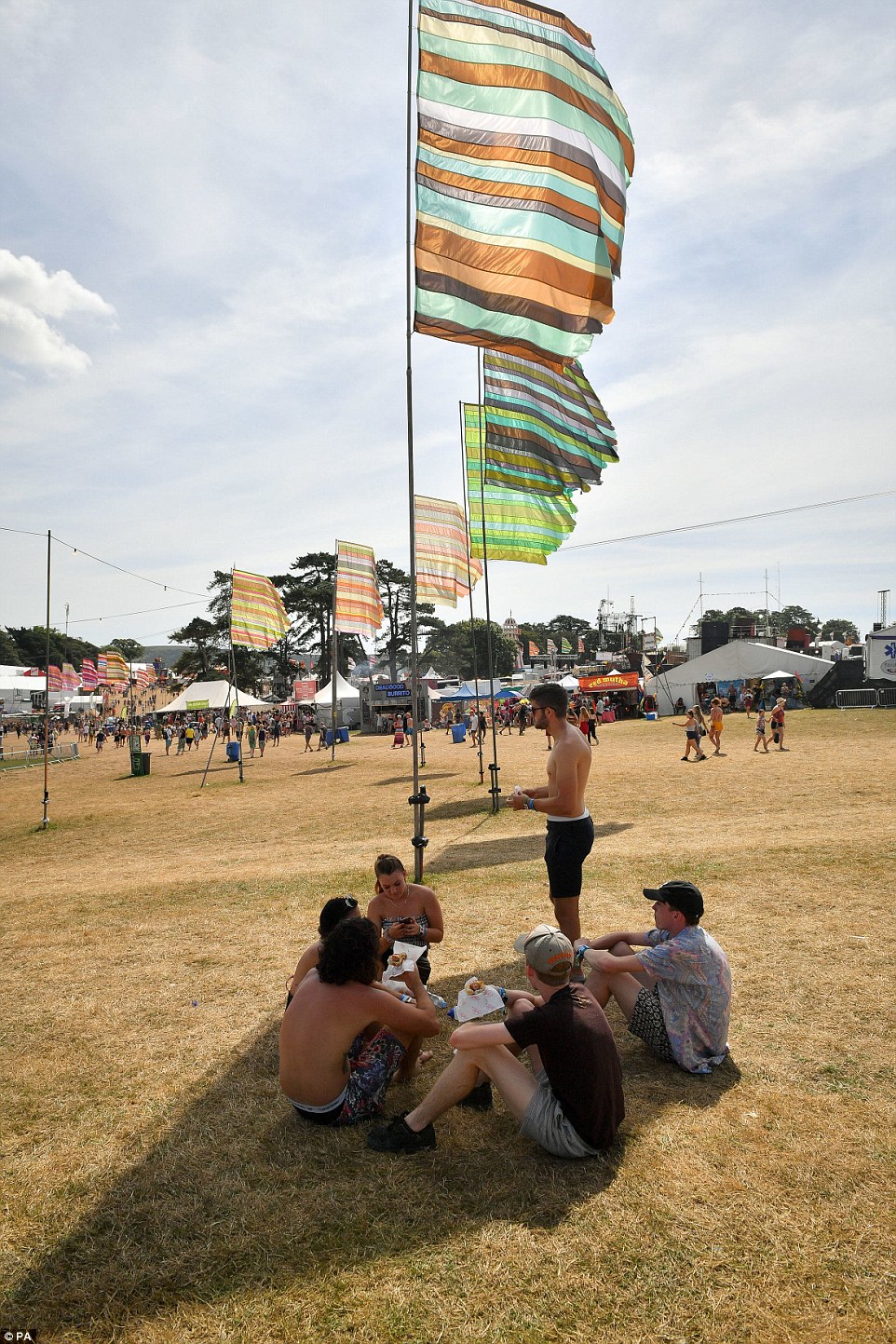 Bestival is in its 15th year now and uses themes to spruce up the event. On its website, the festival says: ‘Bestival, the most magical show on earth, will celebrate 250 years of Circus on the Lulworth Estate’ 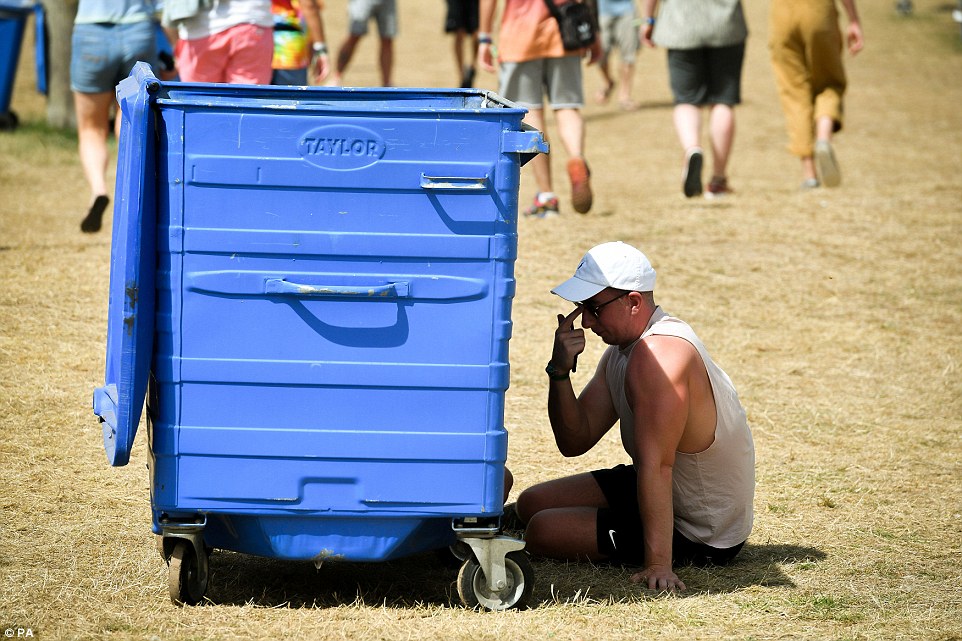 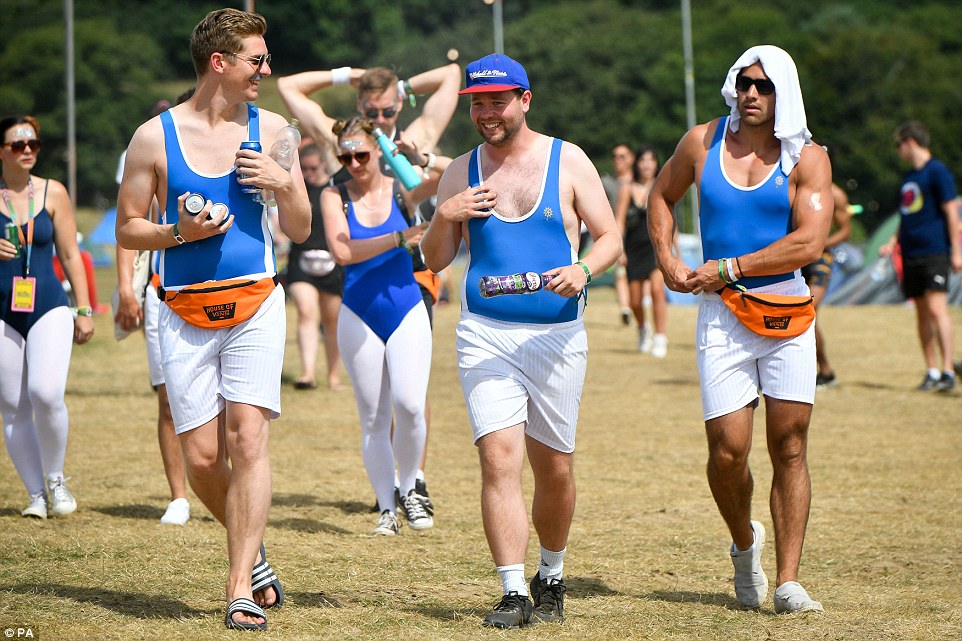 Fancy dress was the order of the day for these three men as they co-ordinate their attire together. All three of them were spotted wearing white shorts and a tight blue vest with a white lining 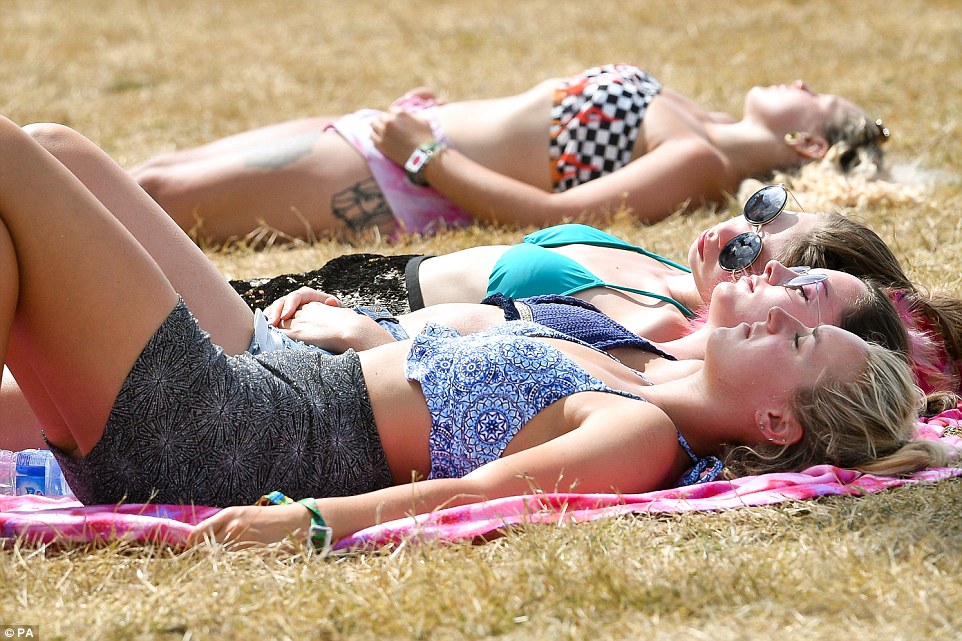 While some tried to avoid the sun, others used the weather as a perfect opportunity to top up their tans