By James Wood For Mailonline

The bodies of a man and a woman have been found at a house in Nottinghamshire this afternoon.

Police were called to a road in Bingham, west of Nottingham at 3.40pm today.

Upon arrival, officers found =two bodies and have now set up a cordon in the area so investigations can be carried out. 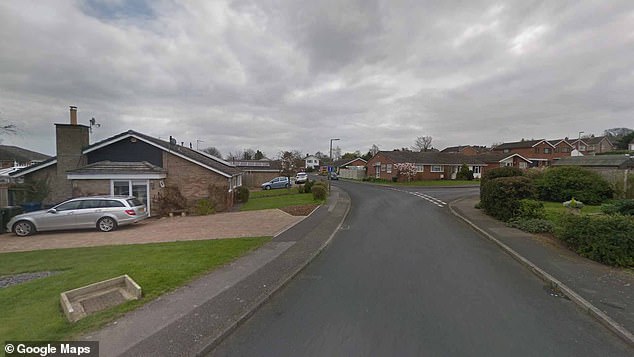 Officers are investigating the circumstances surrounding the discovery of the bodies of a man and a woman at an address on Porchester Road, Bingham, (pictured) this afternoon

Emergency services remain at the address.

A Nottinghamshire Police spokesman said: ‘Our enquiries are at an early stage and remain ongoing’.