By Chantalle Edmunds For Mailonline

A car wash car thief has been caught on camera stealing a motor from under the owner’s nose for the second time in a week.

Video shows a man clambering into a BMW as staff are carrying out a valet in Enfield, London on Wednesday. He almost knocks a man over as he drives away.

The man is thought to be the same person who stole a white Mercedes just 1.5 miles away on September 26. 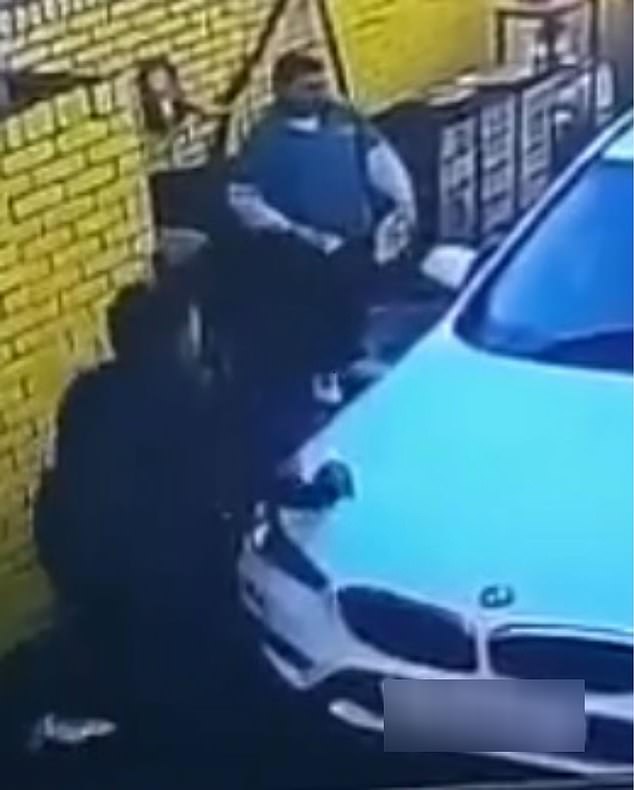 Video shows a man clambering into a BMW as staff are working on it in Enfield, London on Wednesday. He almost knocks a man over as he drives away

Check this out  Dude, HERE'S your car! Apprentice, 19, is reunited with his lost Vauxhall Corsa

A third video has emerged of yet another car being stolen mid-clean in Ilford, London, also on Wednesday.

The video of the second Enfield theft was posted to Facebook by the page ‘Spotted Enfield’, captioned: ‘My friend’s car got stolen in nasty way, by approaching worker of the car wash and pretended to be owner of the car. Same person from CCTV stole car from Lincoln Road few days before.’

The clip shows a man working on the white BMW when the cap wearing crook walks towards him.

The crook then starts talking to the worker appearing to show some documents to him, before stepping inside the car. 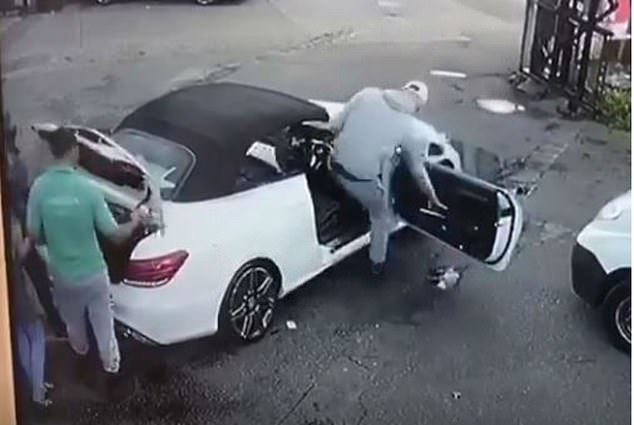 The man is thought to be the same person who stole a white Mercedes just 1.5 miles away on September 26 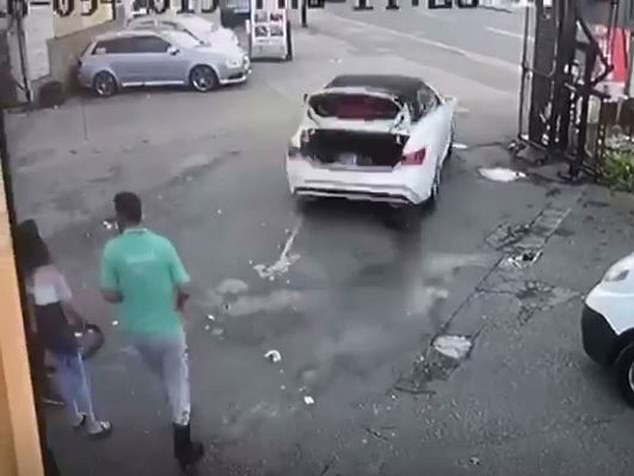 The thief closes the car door just as another man appears in shot. He puts his hand on the BMW bonnet as the car wash worker tries to open the locked car door. The thief then accelerates away nearly running over the man who had his hand on the bonnet.

Around one hour later in Ilford, about 11 miles away, a man wearing a baseball cap was captured on CCTV jumping into a third car and driving away.

The crook remained on his phone for a lengthy amount of time before running towards the vehicle and taking it.

Some social media users feel the thefts are down to leaving keys in the ignition as well as keyless cars.

Yodis Koilou said: ‘Bring back the old school old fashioned key none of that s*** keyless entry…. just a lazy thing really the thefts love keyless.’ Arif Batili added: ‘I never leave my car keys with anyone whilst my car is getting washed.’ Louis Loizou wrote: ‘You never leave your keys in the ignition! Wow!’ 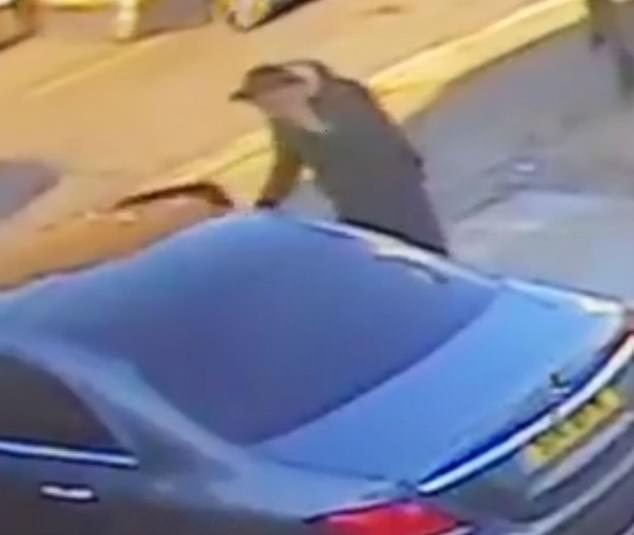 A third video has emerged of yet another car being stolen mid-clean in Ilford, London, also on Wednesday

Police said they are investigating both incidences and are looking into whether they are linked with the car wash theft from last week.

A spokeswoman from The Met said: ‘At around 16:55hrs on Wednesday, 2 October, a car was reported stolen from outside of a garage on Hertford Road, Enfield.

It comes after the Mercedes was stolen from a car wash in Lincoln Road, Enfield last week. The crook who was wearing a baseball cap approached the car and hung around the vehicle for over five minutes before stealing it.

The car was later recovered by its owner.