By Raven Saunt For Mailonline

A reveller attending Brighton Pride fell off a first-floor ledge and hit the pavement below in dramatic footage that was caught by a passerby.

The moment was captured by a pedestrian and shows crowds of people gathered on the streets to celebrate the Pride weekend that was held on August 2 to August 4.

Groups of colourfully dressed party-goers can be seen crammed on to scaffolding along one of Brighton’s busy city centre streets.

In the top left corner of the footage a young man wearing denim shorts and a shirt can be seen wandering across a first-floor ledge.

As he attempts to climb back through an upstairs window he loses his balance and suddenly falls backwards.

The music playing in the background is drowned out by screams from onlookers who spot him falling.

Pedestrians on the street below scurry to get out of the way as they fear they are in danger of being landed on.

He then hits a black awning which has been extended over the pavement before rolling off on to the floor. 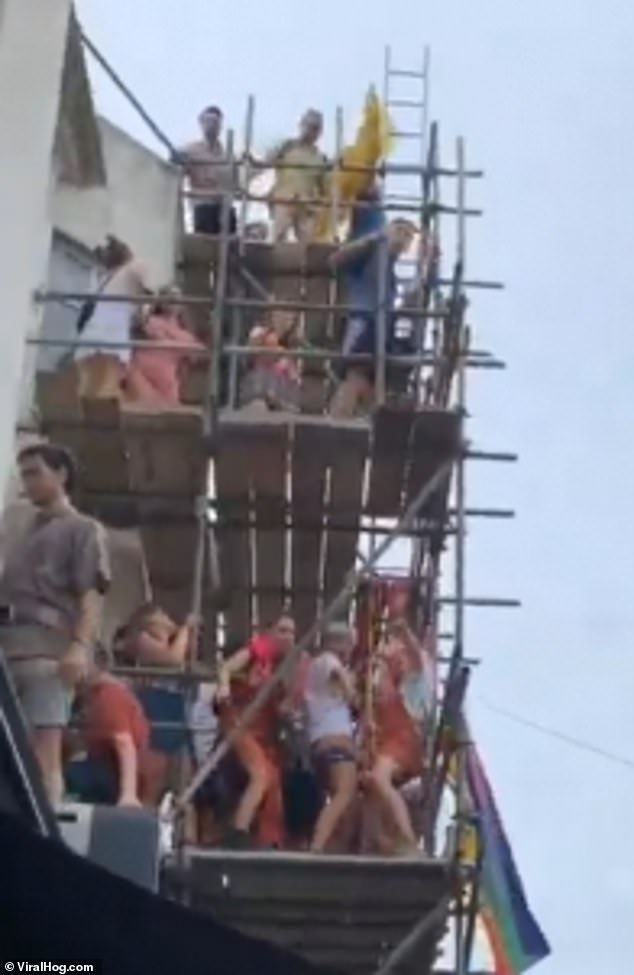 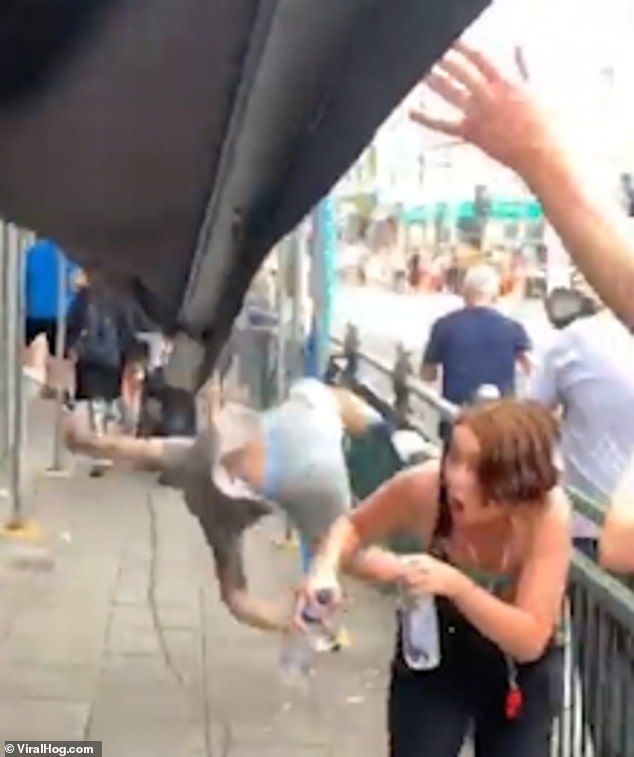 The young man gets back to his feet almost immediately as the woman he nearly landed on goes to check if he is okay.

He looks back up to his friends before presumably continuing his celebrations.

The caption of the video read: ‘My girlfriend and I were casually walking to the gates of the festival when I noticed a bunch of people dancing on scaffolding.

‘I thought it was quite unique so I started to film. As I pressed record, a young man had slipped and fallen almost 2 story’s onto an awning, which 100% saved his life.’ 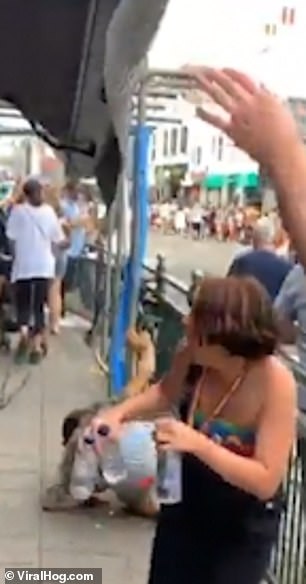 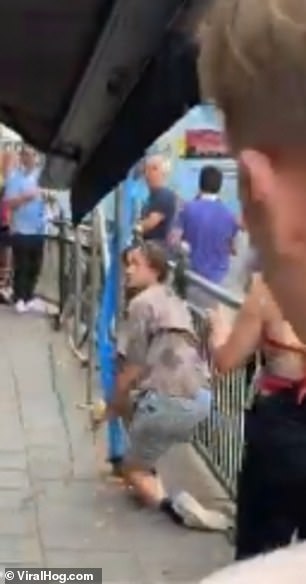