NEW YORK (AP) – CBS revealed Monday that it set aside $120 million in severance for ousted chief executive Leslie Moonves. But whether he sees a penny of it is one of the tough and potentially incendiary decisions the network faces after his resignation over sexual misconduct accusations.

Despite Moonves’ announced exit Sunday, outside lawyers hired by CBS continue to investigate allegations against him and Jeff Fager, the top executive at “60 Minutes.” In a regulatory filing with the Securities and Exchange Commission, CBS said it will release the severance money if the investigation finds there was no cause for him to be fired.

Any payment to Moonves is likely to anger the #MeToo movement that has brought down other powerful men in Hollywood and the media, including Hollywood studio boss Harvey Weinstein, NBC’s Matt Lauer and CBS’ Charlie Rose. 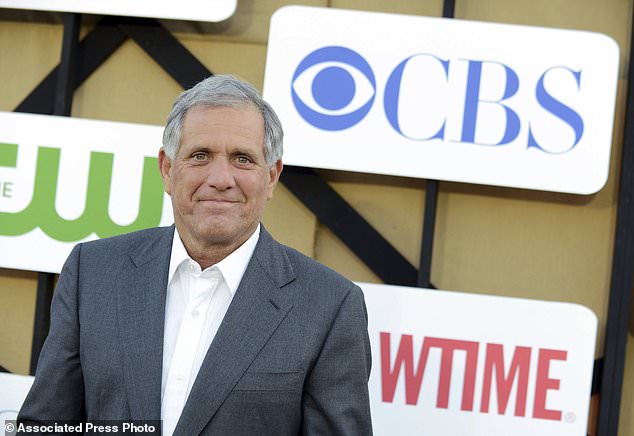 Meanwhile, Moonves’ wife, Julie Chen, did not appear Monday on the season-opening episode of her daytime show, “The Talk,” and co-host Sharon Osbourne said on the air that “everyone here at CBS is nervous about their jobs.” CBS’ stock price slid.

As head of television’s most popular network, Moonves was among the most powerful and richest executives in the TV industry, making a total of nearly $140 million over the last two years.

His exit was announced hours after The New Yorker posted a detailed story alleging misconduct. In two stories posted this summer, a total of 12 women have said they were mistreated by the TV mogul, including forced oral sex, groping and retaliation if they resisted. Moonves has denied the charges, though he said he had consensual relations with some of the women.

The network’s chief operating officer, Joseph Ianniello, is taking over as president and CEO until a reshaped board of directors can find a permanent replacement, CBS said. David Nevins, chief executive at CBS’ Showtime network, was said to be a leading candidate.

Some of the allegations predate Moonves’ working at CBS, which he joined as entertainment president in 1995. A determination on whether there was cause for his firing will focus on whether he violated any company policies while at CBS, said Dan Eaton, an employment lawyer and expert on severance issues as a professor at San Diego State University.

“If it turns that their reporting comes back with inconclusive findings on Mr. Moonves’ conduct, then a negotiated resolution is highly probable,” Eaton said.

CBS Corp. stock ended the day down 85 cents, or less than 2 percent, after rebounding in the afternoon. The stock has fallen more than 8 percent this year, with its biggest drop when the first round of accusations against Moonves surfaced.

On Monday’s “The Talk,” Osbourne said Chen was taking time off to be with her family. Chen, who is also host of the CBS prime-time show “Big Brother,” has been married to Moonves since 2004.

“He’s not been convicted of any crime, but obviously the man has a problem,” Osbourne said.

Osbourne said she was particularly taken by the story of Phyllis Golden-Gottlieb, who told The New Yorker that Moonves pushed her head into his lap and forced her to perform oral sex when they both worked at the production company Lorimar in the late 1980s. Golden-Gottlieb said Moonves “ruined my career” when she resisted further advances; Moonves strongly denied hurting the careers of any women.

Osbourne said: “How is it when men get power it goes straight to their testicles? I don’t know why, but it’s true.”

The New Yorker also reported Sunday that a former intern at “60 Minutes” three decades ago, Sarah Johansen, said that Fager groped her at a party. Fager is the gatekeeper for the most influential news show on television, and only the second executive producer it has ever had.

Earlier this summer, six former employees told the magazine that Fager had touched employees in ways that made them uncomfortable. Some women said Fager tolerated a workplace where men were protected.

“I really felt like this was one of the most sexist places I’ve ever worked,” Johansen said.

Fager told the magazine that he had encouraged staff to talk to the lawyers investigating “60 Minutes,” and added: “I believe that a fair and open investigation will determine ’60 Minutes’ is a good place where talented women and men thrive and produce some of the finest broadcast journalism in America.”

Reached Monday while on a two-day trip in advance of the show’s season opener later this month, Fager said he had no additional comment.

“60 Minutes” has often operated as an island unto itself at CBS News, maintaining separate offices across 57th Street in Manhattan from where most of the news division is headquartered.

As for Fager’s successor if he does not survive the investigation, the show’s No. 2 executive, Bill Owens, is well respected, and veteran “48 Hours” executive producer Susan Zirinsky would be a formidable candidate from outside the show but inside CBS. 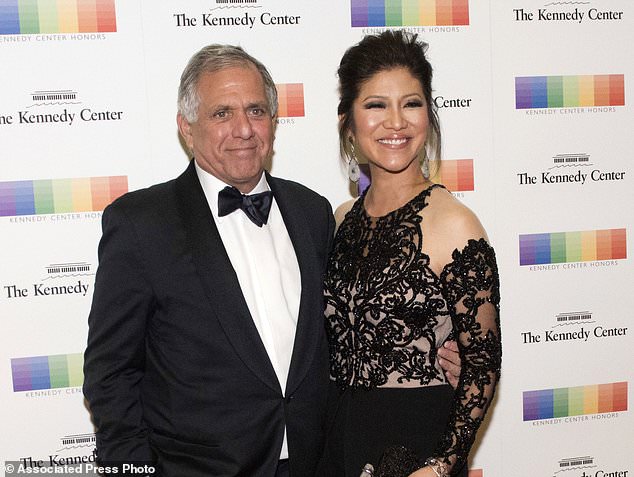 FILE – In this Dec. 2, 2017 file photo, Les Moonves, left, and his wife Julie Chen arrive for the Kennedy Center Honors gala dinner in Washington. Chen was absent from her talk CBS show, “The Talk” a day after a new round of sexual misconduct allegations against Moonves brought the departure of the CBS chief executive. In what was supposed to be a celebratory season premiere Monday, Sept. 10, 2018, the show’s four other panelists walked out somberly without Chen, who acts as host and moderator. Sharon Osbourne choked back tears as she announced Chen would be taking time off to be with her family, and expressed support for her co-star and friend. (AP Photo/Kevin Wolf, File) 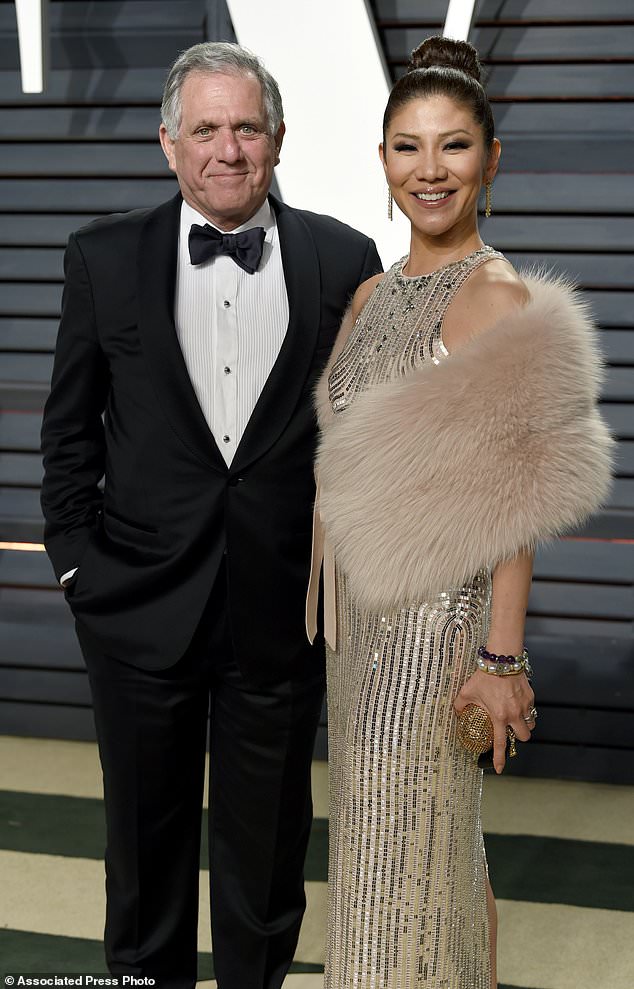 FILE – In this Feb. 26, 2017 file photo, Les Moonves, left, and Julie Chen arrive at the Vanity Fair Oscar Party in Beverly Hills, Calif. Chen was absent from her talk CBS show, “The Talk” a day after a new round of sexual misconduct allegations against Moonves brought the departure of the CBS chief executive. In what was supposed to be a celebratory season premiere Monday, Sept. 10, 2018, the show’s four other panelists walked out somberly without Chen, who acts as host and moderator. Sharon Osbourne choked back tears as she announced Chen would be taking time off to be with her family, and expressed support for her co-star and friend. (Photo by Evan Agostini/Invision/AP, File) 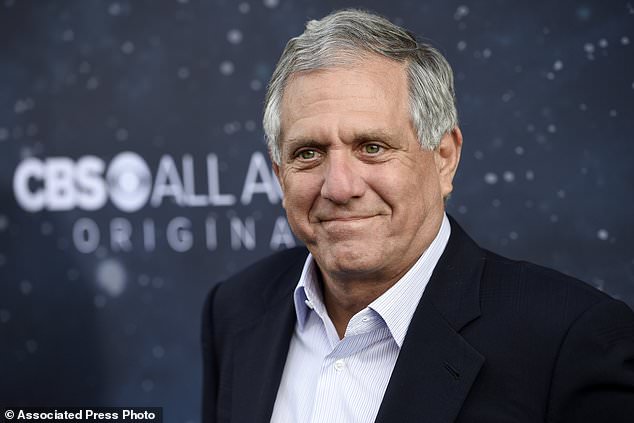