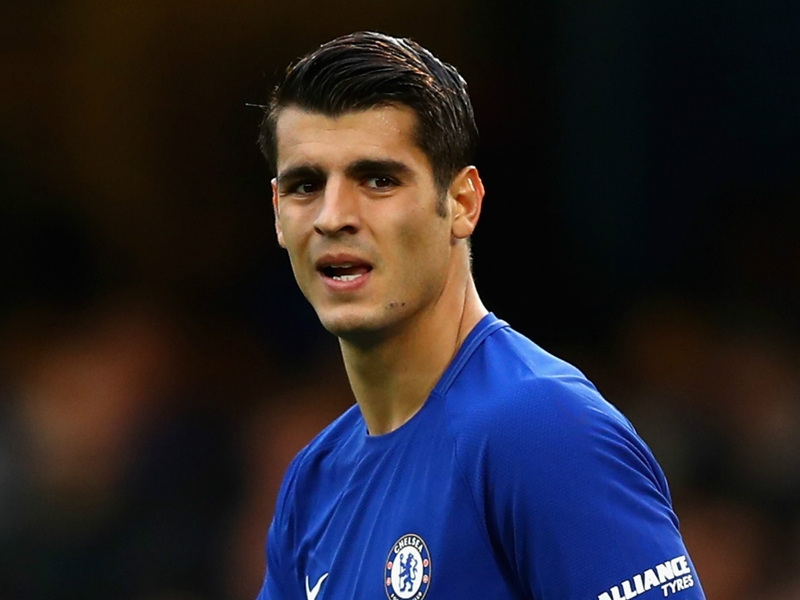 Antonio Conte breathed a sigh of relief after Chelsea came from behind to snatch a 4-2 win over Watford.

Cesar Azpilicueta and Michy Batshuayi proved Chelsea’s heroes as they battled to a thrilling 4-2 win over Watford at Stamford Bridge on Saturday.

Batshuayi came off the bench to make it 2-2, with Watford having led for much of the second half through Abdoulaye Doucoure and Roberto Pereyra, before Azpilicueta and the Belgium international secured the win in the dying minutes.

The result came on the back of consecutive defeats for the Premier League champions and the pressure on boss Conte is likely to ease somewhat, with the Blues registering only their second win in five league games.

Chelsea started the match in stunning style as Pedro’s wonderstrike, the 8000th goal scored in the club’s 112-year history, put them ahead in the 12th minute.

Watford, who had claimed 10 points out of 12 on the road under Marco Silva before Saturday’s meeting, responded before the break through Doucoure’s strike and Pereyra put them ahead just after half-time.

Conte’s decision to take off Alvaro Morata for Batshuayi was greeted with boos by some Chelsea fans but the striker responded to his doubters with an excellent header from Pedro’s cross to level the scores.

Check this out  Liverpool v Arsenal: Reds can be Invincible says Unai Emery

Azpilicueta then popped up to convert the third before Batshuayi added a fourth in injury time, giving Conte a much-needed boost and lifting his side above Watford into fourth in the table.

A confident-looking Watford were the better side in the early exchanges but fell behind  to Pedro’s moment of magic.

The Spain winger collected Eden Hazard’s pass from a short corner and let fly with a first-time strike that curled beyond the motionless Heurelho Gomes and in off the left-hand post.

Watford felt aggrieved that the initial corner was given, with Hazard having run the ball out of play himself on the byline, but their frustrations would have been greater had Gomes not stood up well to stop Cesc Fabregas chipping home a second goal from close range.

Thibaut Courtois made a good save to keep out a Tom Cleverley free-kick but Chelsea’s lead was a comfortable one for much of the first half, as Watford struggled to turn good possession into chances.

That was until the last seconds before the interval, when David Luiz cleared a long throw-in only as far as Doucoure, who smashed a fine outside-of-the-boot shot through the crowded penalty area and past Courtois at his near post.

Abdoulaye Doucoure in the #PL this season:

Richarlison somehow failed to turn the ball into an empty net from just a few yards out, but the Brazilian made amends moments later to help Watford to a superb start to the second half.

Tiemoue Bakayoko lost possession in midfield and, when the ball was worked to Richarlison, he played a precise pass across the box to the unguarded Pereyra, who finished past Courtois in style.

Richarlison again fluffed his lines with a free header six yards out and it was a miss that ultimately proved costly, as Batshuayi shrugged off his marker to steer a pinpoint header past Gomes following Pedro’s wicked cross from the right.

Check this out  PSG news: 'We have a good understanding' - Cavani pleased after first match with Mbappe and Neymar

The Belgian fired narrowly wide as Chelsea pushed for a winner, but it was Azpilicueta who restored the hosts’ lead, heading substitute Willian’s deep cross past Gomes to send Stamford Bridge – and Conte – into raptures.

There was still time for Batshuayi to add gloss as he capitalised on a Miguel Britos error before lifting the ball over Gomes, ensuring a harsh-looking scoreline for the visitors

– Chelsea are unbeaten in their last 13 meetings with Watford in all competitions, winning 10 and drawing three.
– Watford have shipped four goals on each of their last three top-flight trips to London (0-4 v Tottenham, 3-4 v Chelsea and 2-4 v Chelsea today).
– Pedro has been directly involved in more goals for Chelsea in all competitions in 2017 than any other player (21 – 12 goals, 9 assists).
– Eden Hazard registered his first Premier League assist in 15 appearances in the competition (since April 2017 v Crystal Palace).
– Abdoulaye Doucoure has scored with all four of his shots on target in the Premier League this season.