Watching Napoli highlights, hiring a conditioning coach and now being fitter than ever: Ross Barkley has been going the extra mile to get ready for this season after a wasted year of his career last season due to injury.

The former Everton star played just four times for Chelsea last season, as he suffered minor set backs throughout his time at Stamford Bridge, after having had undergone thigh surgery at the Goodison club.

The 24-year-old had once been considered the brightest young talent in English football, but he is yet to live up to that tag, despite having earned 22 caps for England. Barkley has been going the extra mile to ensure that he gets a starting spot at Chelsea and his four starts in pre-season shows Sarri to have been impressed with his midfielder.

Barkley thinks that he is a good fit for Sarri’s style of play and he took positives out of playing his first 90 minutes since April 30, 2017 in Chelsea’s 2-0 Community Shield loss to Manchester City on Sunday.

“His style of play… for any manager I’ll play any style of play, but for the manager it’s my type of style. He’s an attacking manager, he wants exciting football, to be high up the pitch pressing, scoring goals and being exciting, scoring a lot of goals, team performances all round.

Check this out  Transfer news: The latest rumours from Man Utd, Chelsea, Arsenal and all the top teams

“Being on the side that lost, it’s not really enjoyable. We can take a lot of positives out of the game. We’re still learning and getting to know the new manager’s way of playing. Day by day we’re getting used to it in training. We can look at today as how far we’re going to come from.

“Next week the season’s starting and we’re going to go into the season really strong. For me, I played 90 minutes for the first time for a long time today. I felt really good out there and game by game I’m going to be feeling much stronger going into the season.

“That’s a boost. With a new manager coming in, I’ve started every pre-season game and today’s game, so that’s a positive for me. I’m just be to keep doing what I can day by day in training, giving 100 per cent, and then on game day hoping to give him performances he wants and the team want.

“I’ve watched clips [of Napoli] just to see the way they played, out of possession and in possession. I’ve seen how they played last season, against Manchester City last season in the Champions League, a really exciting team, one-twos all over the pitch, one and two-touch football.

“Goals from all around the pitch, exciting football. They were unfortunate not to win the league last season. The manager, from how the manager comes across, he’s a winner. He was disappointed with how things went today. We’ve got a long season ahead and a lot of trophies to play for. 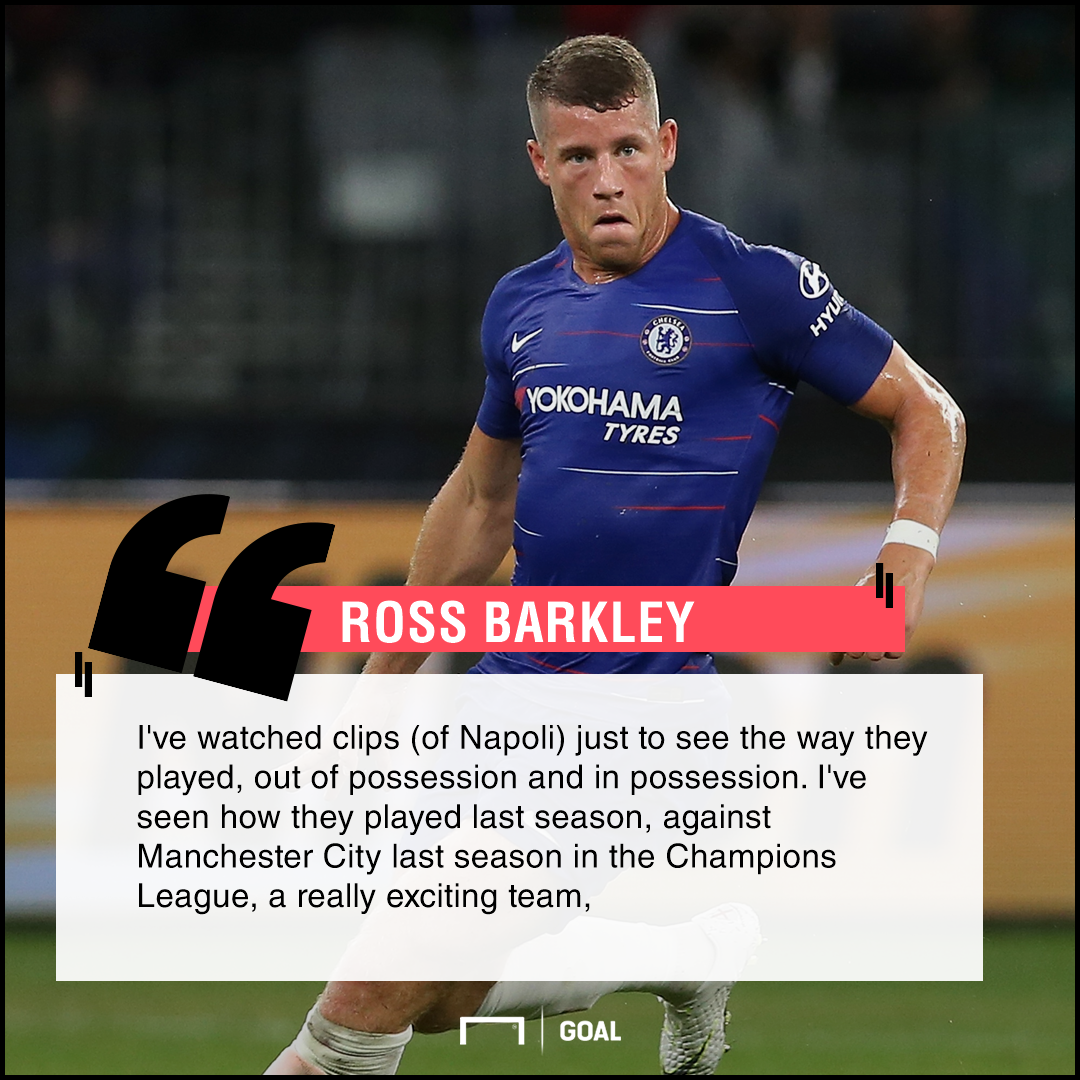 “It’s a big season for me. Last season I signed here. I had a few injuries and I signed off with a long-term injury. But that’s behind me now. I’m feeling really strong now and I’m sure when the season starts next week I’ll be ready to go.

“You miss the feeling on the pitch, you miss hitting the back of the net, you miss the winning feeling. That’s what drives me. Just miss being out on the grass. As a young lad it’s been your dream to play football and you get injuries and you’ve got to respond well to them and work really hard, because it’s your dream to be on the pitch.

“That’s down to what the manager thinks [whether I start or not]. I’ve done what I can in training and in the games. I’ll keep improving with more games. Today’s my first 90 minutes in more than a year. Just game by game I’ll be feeling strong and show what I can do.

Manchester City provided Chelsea with a lesson on Sunday, after the Blues had previously put in strong performances during their pre-season against the likes of Perth Glory, Inter and Arsenal.

The 2-0 defeat shows that Chelsea have work to do to be at their best in Sarri’s system and Barkley has called for patience. 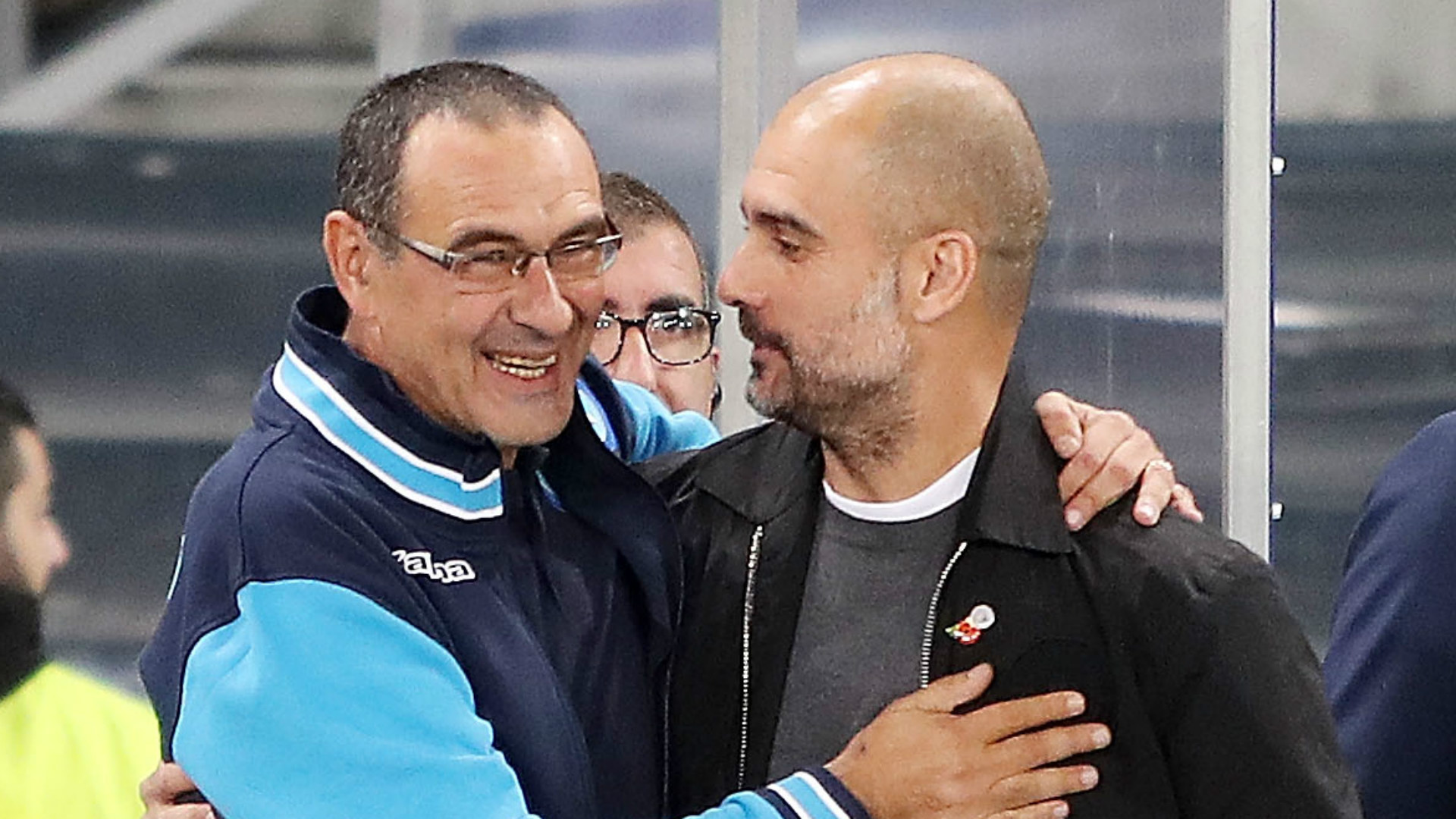 “The results I’m sure will come early doors because we’re good players and we know what we’ve got to do to get three points,” Barkley added. “Unfortunately today we didn’t do what we needed to do. The manager’s style, we’re taking day by day in training.

“We’re working really hard and getting used to it now. If you look back to now in three months, you’ll see a big difference. You’ve just got to be patient with getting to know the new manager’s way. We’ll keep learning.”

Barkley looks likely to start for Chelsea in their opening game against Huddersfield Town at the John Smith’s Stadium on Saturday afternoon.

The Blues have a final pre-season game in the International Champions Cup against Lyon on Tuesday, ahead of their Premier League opening game.