A sick paedophile who photographed himself as he sexually abused two young children was given an extended jail sentence today of 29 years today by a Judge who said it was the worst case he had ever heard.

He sent them photographs of his victims being assaulted and told them how they could commit offences against other children.

Detectives were alerted to the online communications and as a result raided his home in Chicksands, Bedfordshire with a search warrant on March 19 of this year. 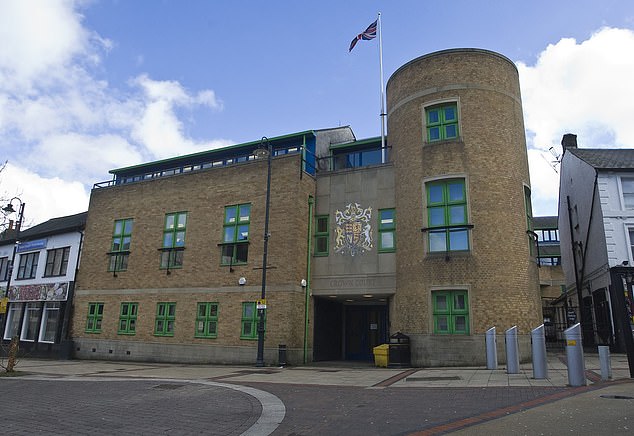 There they seized his mobile phone and computer equipment and unearthed the scale of his depravity from the images and the chat logs they found on the devices.

The chat logs amounted to a ‘paedophile manual’ giving advice and sick tips to others, a court heard yesterday.

Howe, 46, a former soldier who, said his barrister had served as a ‘medic on the battlefield’ appeared for sentence at Luton crown court.

Howe who worked as a security guard at the Chicksands military base in Bedfordshire had earlier admitted a string of sexual offences involving the two children – a little boy aged five and a 12 month old baby girl.

Outlining the case, prosecutor Abigail Husbands said a Bedfordshire police worker who hah had the task of grading the images found, had reported it was ‘amongst the worst cases she had seen in her career.’

Judge Mark Bishop hearing the case was told photographs taken by Howe included the rape of the young boy.

In other images the was shown bound to a bed and in handcuffs as he was assaulted by Howe.

Miss Husband said other images showed the boy wearing a dog collar around his neck and in another a dog harness around his body. 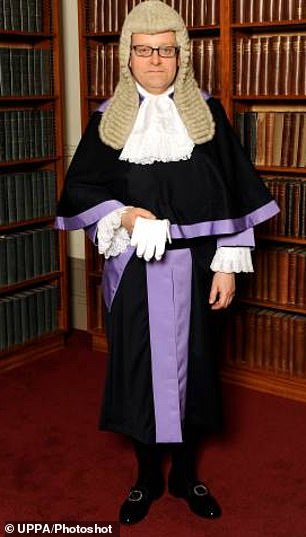 The baby girl was pictured with a rope tied tightly around her body. Anothe image showed her being sexually assaulted with a dummy.

Miss Husbands said the the chat logs found by the police investigators amounted to a paedophile manual.

In a series of depraved conversations with others online How calling himself ‘Dark Medic’ spoke of when he had begun assaulting the children and what he was doing to them, going into sickening detail..

To one pervert he said in an online communication: ‘Got go go slow. The mother doesn’t know. got to be careful with marks.’

He spoke of his excitement at progressing the abuse of the children and of building up the trust with them.

Judge Bishop hearing the details commented: ‘This is the worst case I have ever had to deal with.’

Defending Adam King told the court ‘He has asked me to relay his regret and the fact that he feels terrible.’

The barrister said Howe had served as a medic in the army. He said Howe had been on battlefrields tending soldiers who had had limbs blown off.

Passing sentence Judge Bishop said the offences demonstrated a depravity and cruelty ‘which was impossible to understand.’ He added ‘These offences are deeply disturbing.’

The judge told Howe it was obvious he’d had an interest in causing the children pain and his delraved activity involved bondage and sadism. He sentenced Howe to an extended sentence of 29 years.

He said Howe would then be in licence for a further eight years. Howe was also made the subject of a sexual harm prevention order

Detective Constable Kerry Smith from the Internet Child Abuse Investigation team (ICAIT), investigating, said: ‘This man is probably the worst child sex offender we have ever come across and we are pleased that he has admitted to these horrific offences.

‘He was having conversations with other sick individuals about sadistic sexual abuse against children. The imagery on his devices were of an extremely graphic nature, which showed the sexual abuse he was committing against very young children.