A good number of the reggaeton superstar’s 34 million followers ‘liked’ the picture that was shared Tuesday, which shows the singer on a bed surrounded by a bevy of models during the recent video shooting for his song ‘Mala Mia’ [My Bad].

However, the urban artist’s post that has generated well over 1.7 million likes was also met with negative backlash. 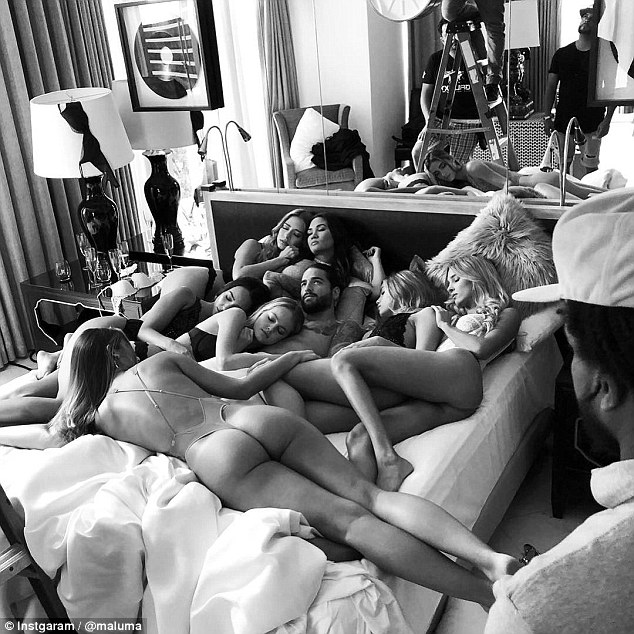 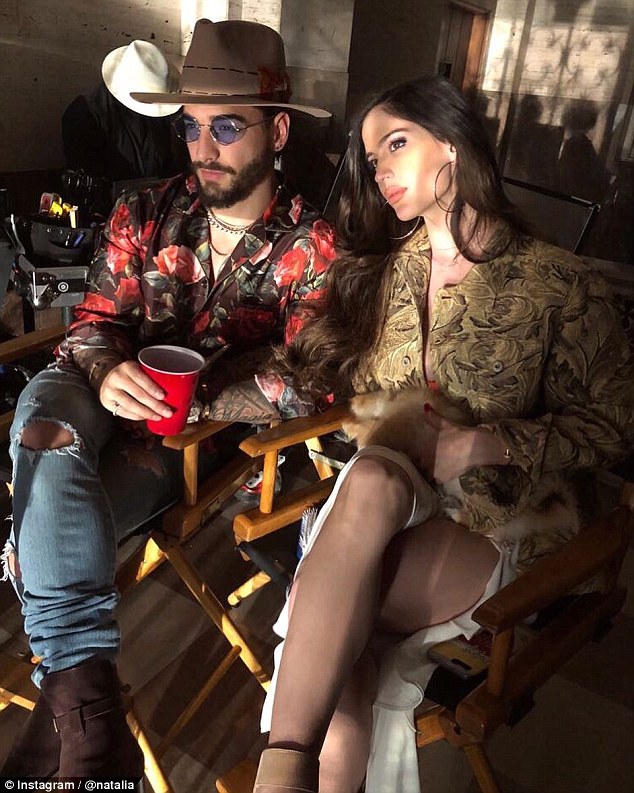 Maluma (left) is seen with his girlfriend Natalia Baruclich (right)

Check this out  Clever chimpanzee, 18, washes clothes for his keeper after watching the zoo worker doing so 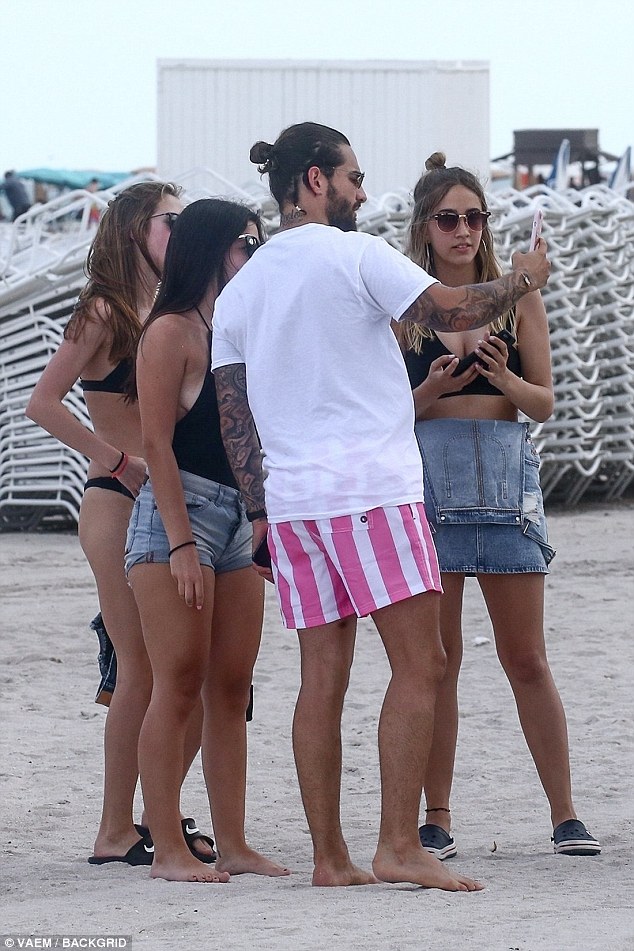 The singer’s large female fan base, as well as male fans, called out Maluma, 24, for treating the women wearing lingerie as ‘objects’.

A female follower, @camilafranco9177, lashed out at the chart topper as someone who was demeaning women and using the models as props.

‘What a pity that Maluma has turned into that type of person that only sees these chics as something sexual… So sad.’

Another female fan chimed in, labeling him an attention seeker.

‘What a filthy photo, you think you’re the center of the universe and that women are your slaves, very sexist of you,’ wrote user @randinhaa. 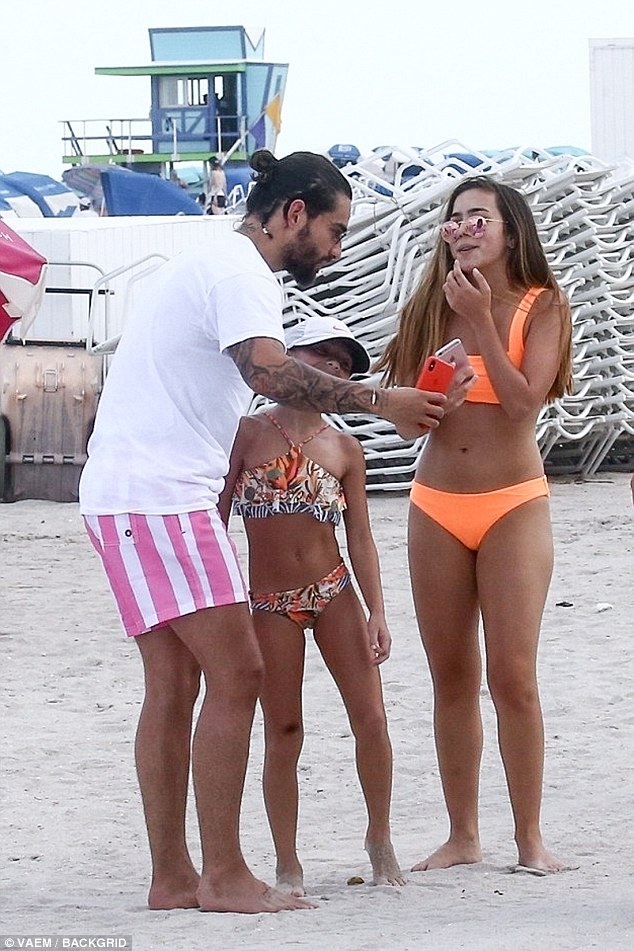 A young girl gets her wish, a selfie with Maluma (left) 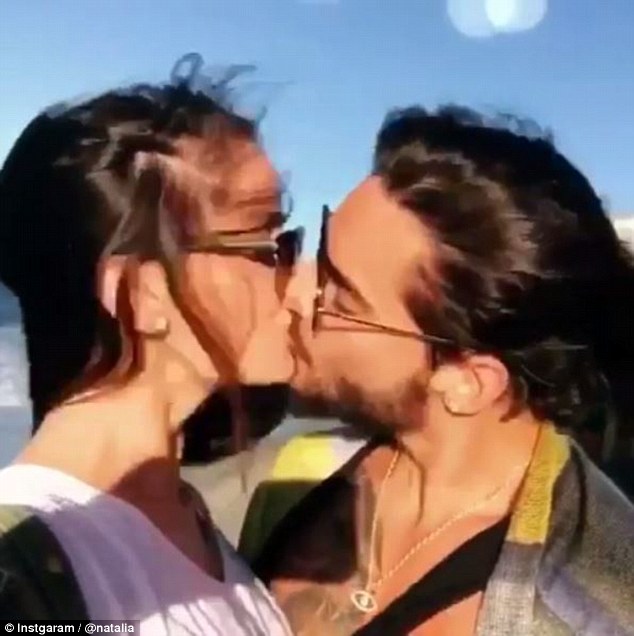 Instagram user @yago_ibarro snapped at one of the few Colombian reggaeton artists who’s been able to share his craft on a worldwide stage.

‘I think that a vast majority have always been tired of the stereotypes, which all of the artists fall into again and again,’ he wrote.

‘Being famous, whether you want to or not, doesn’t make you a role model, an image. It could be good and positive for new artists to use these old and outdated gimmicks. [Think] with your mind a bit. The world is not the same anymore.’

Check this out  Vietnamese village holds funeral for trafficking victims