By Henry Martin For Mailonline

Railway passengers had to walk along train tracks in the dark near St Pancras station amid reports of problems with overhead cables, with some commuters ‘stuck underground for two hours without air conditioning’.

Evacuated passengers had to walk through an unlit tunnel by torchlight today after major disruption was reported on the Thameslink Railway line between St Pancras International and Bedford.

British Transport Police said officers were assisting with trains stuck in the tunnel at the London station as ‘the overhead power is down currently on the Thameslink line’. 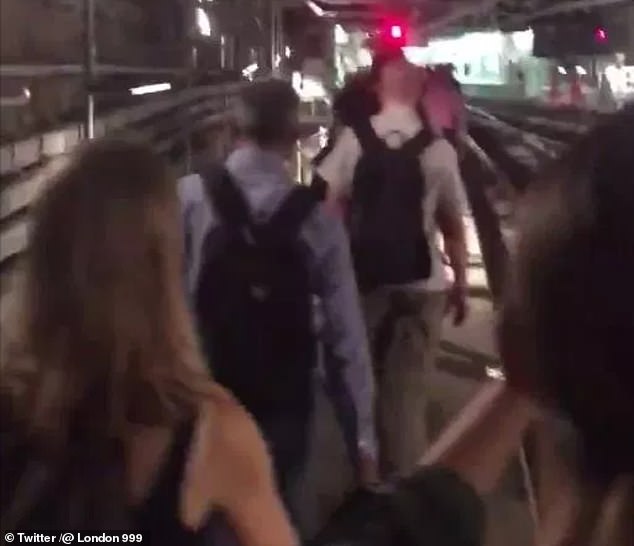 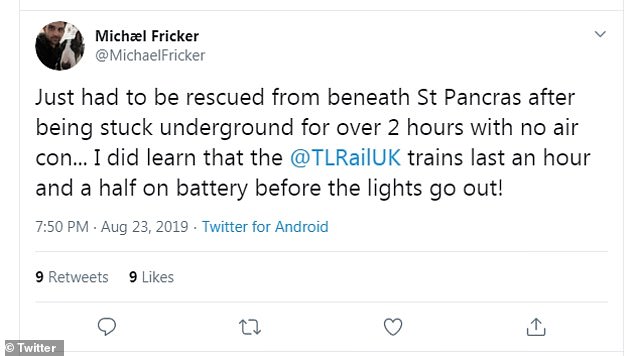 One passenger said they had been stuck underground for more than two hours in the heat, adding: ‘I did learn that the @TLRailUK trains last an hour and a half on battery before the lights go out!’

Another said: ‘It took us four hours to get to St Pancras this evening after being stuck on a warm train between Hendon and Cricklewood for 2.5 hours while the power to the overhead lines was turned off.’

An update on Thameslink Railway’s website said: ‘Damage to the overhead wires at Kentish Town is disrupting trains running to and from London St Pancras International.

‘Disruption is expected until the end of the day.

‘We strongly advise to check before you travel this evening as major disruption will impact your journey.

‘Trains are beginning to resume in the area, but it may be quicker to use alternative routes / services to reach your destination.

‘Journey times may be extended by up to 60 minutes.’

The company added that trains are now able to run to and from London St Pancras International, but services would be subject to delays and some will be cancelled. 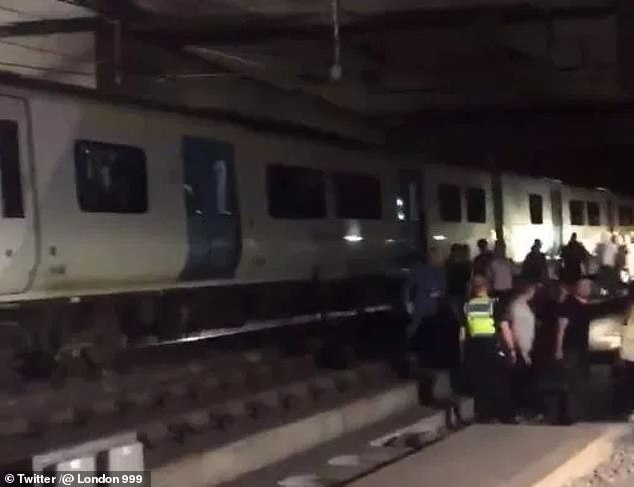 An update on Thameslink Railway’s website said: ‘Damage to the overhead wires at Kentish Town is disrupting trains running to and from London St Pancras International’ (pictured: Passengers on the tracks near St Pancras today) 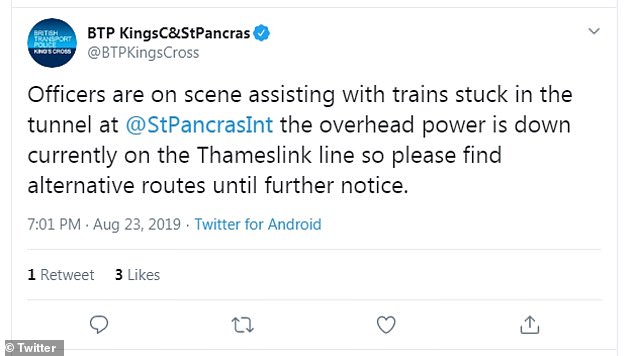 Thameslink said they are working with Network Rail to ‘ensure that as full as possible a service is able to run for the start-up of service tomorrow… However, due to the displacement of train crew and carriages, early morning services will be subject to cancellation’.

The statement continued: ‘If you are on a train waiting to proceed to a station, we urge you to NOT attempt to leave the train until you are safely at a station. This is for everyone’s safety.’

Passengers were advised not to travel between London and Bedford.