US retailer Costco was forced to cut short the opening day of its inaugural mainland China outlet over safety worries Tuesday after huge crowds of bargain-hunters swamped the store in suburban Shanghai.

The massive warehouse outlet issued a notice to users of its official app in the early afternoon saying that it would no longer allow more customers through the doors, citing an ‘overcrowding’ situation inside the store and traffic chaos in surrounding areas.

Earlier in the day, an AFP journalist observing the store’s opening witnessed frantic scenes as thousands of shoppers jostled to get their hands on everything from fresh meat to big-screen TVs and giant teddy bears. 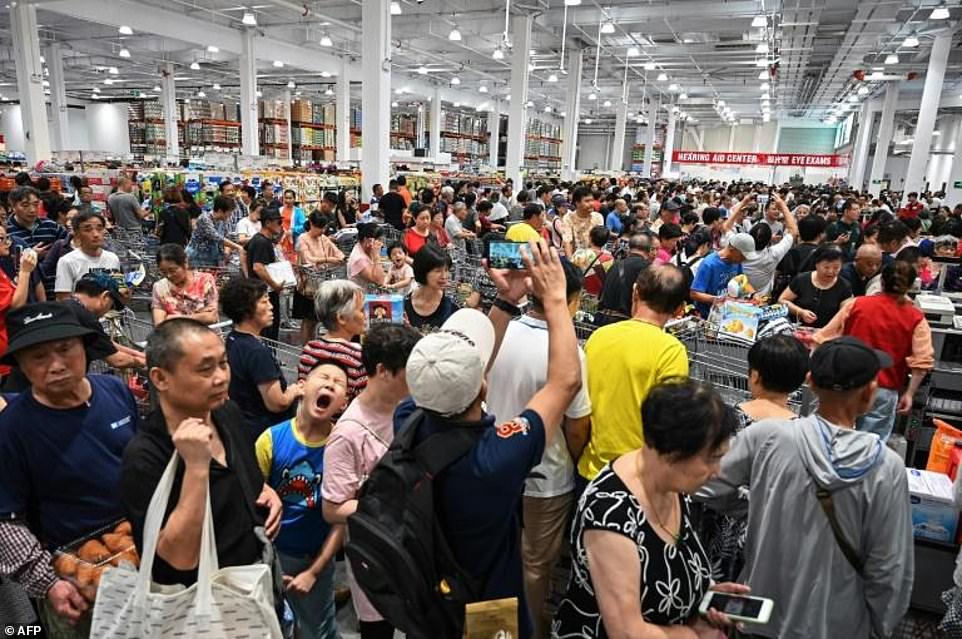 Costco’s first day open in Shanghai saw bargain-hunting shoppers descend on the store in droves, with the US retailer having to close early due to an overcrowding situation (pictured) 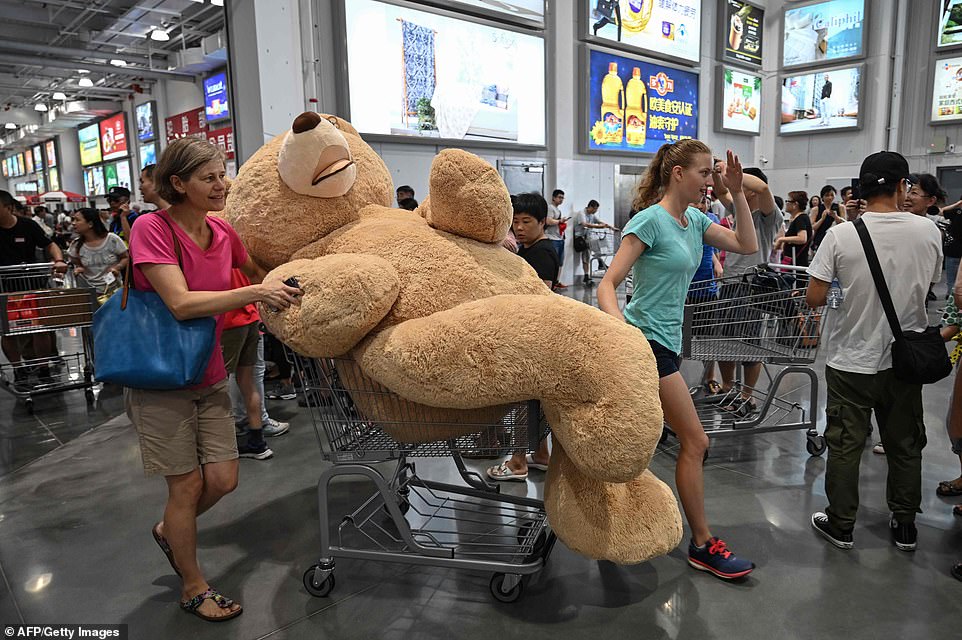 A woman pushes a trolley with a teddy bear during the opening day of Costco’s first outlet store in mainland China. China has proved a brutal battleground for overseas food retailers in recent years, with many failing to understand consumer habits and tastes as well as local competitors building a stronger presence 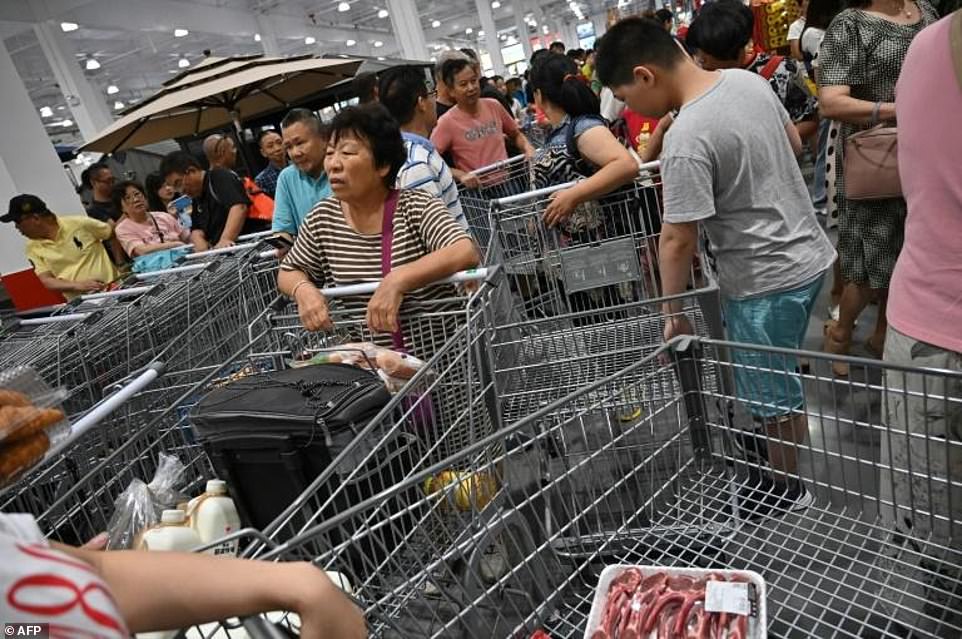 During the inaugural day shoppers found themselves gridlocked with shopping trolleys as they tried to get to the deals. A witness at the scene said shoppers were frantically trying to get to fresh meat, big screen TVs and giant teddy bears

Check this out  No.10's new dog is a 15-week-old Jack Russel puppy saved from cruel traders 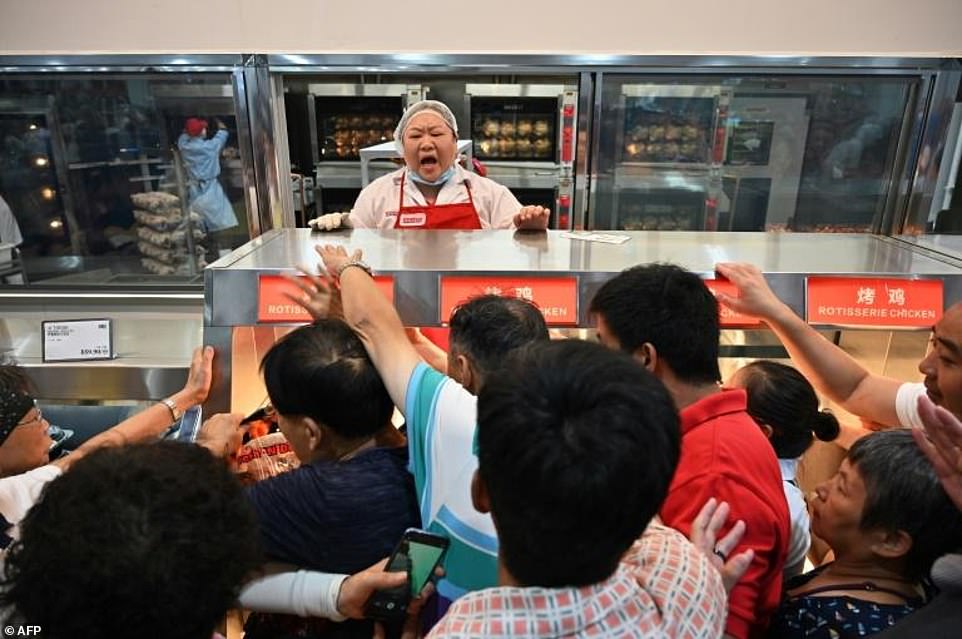 Bargain-hunters battled to get their hands on freshly cooked rotisserie chickens while staff pleaded with them to form an orderly queue. Costco notified management that it was not letting any more customers in and that there was chaos in nearby streets 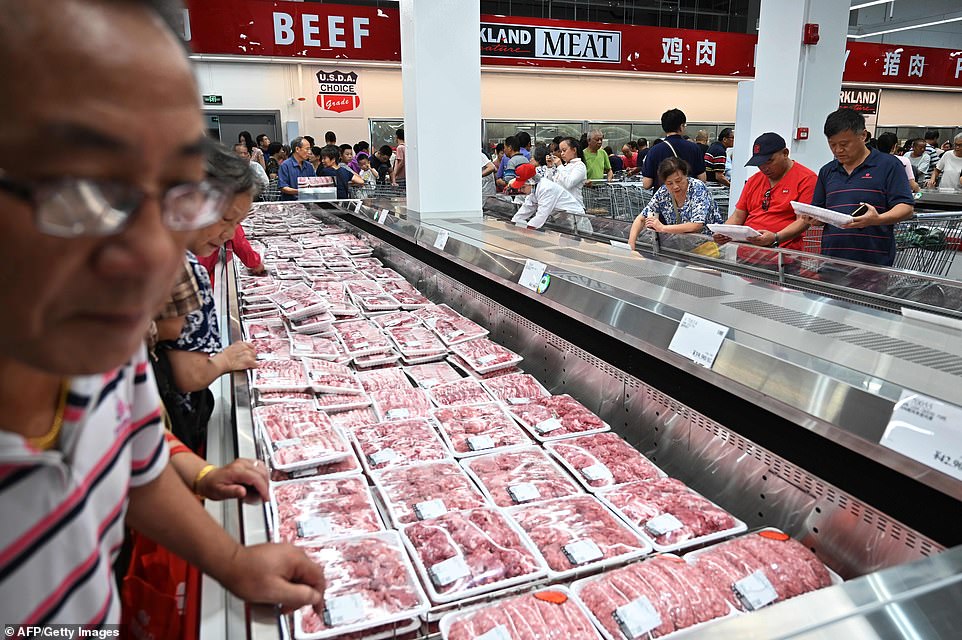 A Costco spokesman did say that although others were prevented from entering, those inside would be allowed to continue shopping. Costco staff let them in in groups to maintain order but there was still massive overcrowding

‘Due to overcrowding in the market, and in order to provide you with a better shopping experience, Costco will temporarily close on the afternoon of August 27. Please avoid coming,’ the notification said.

In a text message to a journalist, a spokesman for Costco said the doors were shut to new incoming customers but that those inside would be allowed to finish shopping.

Analysts have warned Costco’s model may struggle in a market that has been tough on foreign food retailers but shoppers descended on the outlet in droves as soon as the doors opened, prompting staff to move them into the store in phased groups to maintain order. 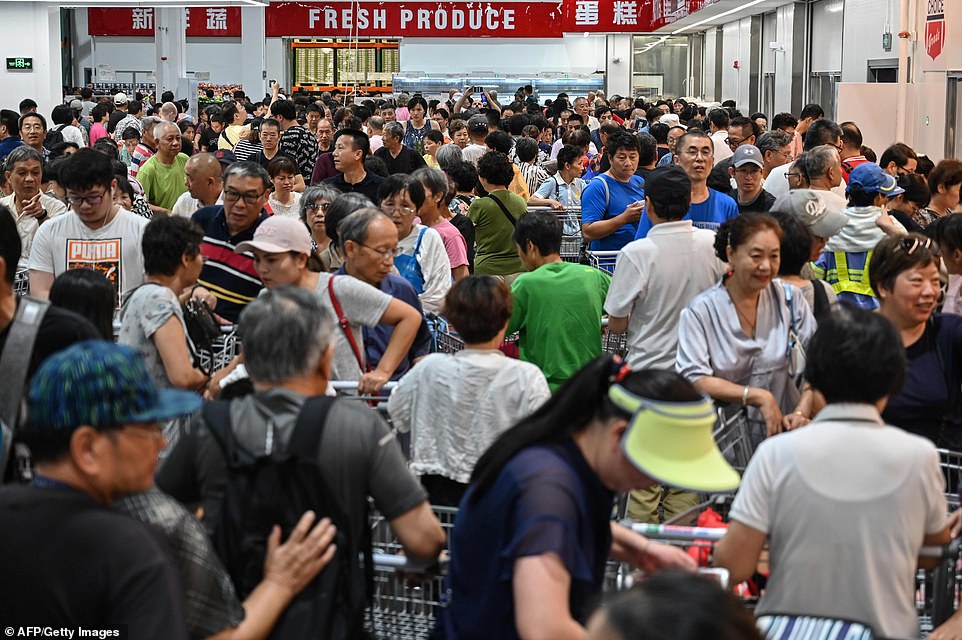 Drivers outside complained on social media that it was taking three hours to get into the parking garage, before even getting in to the shop 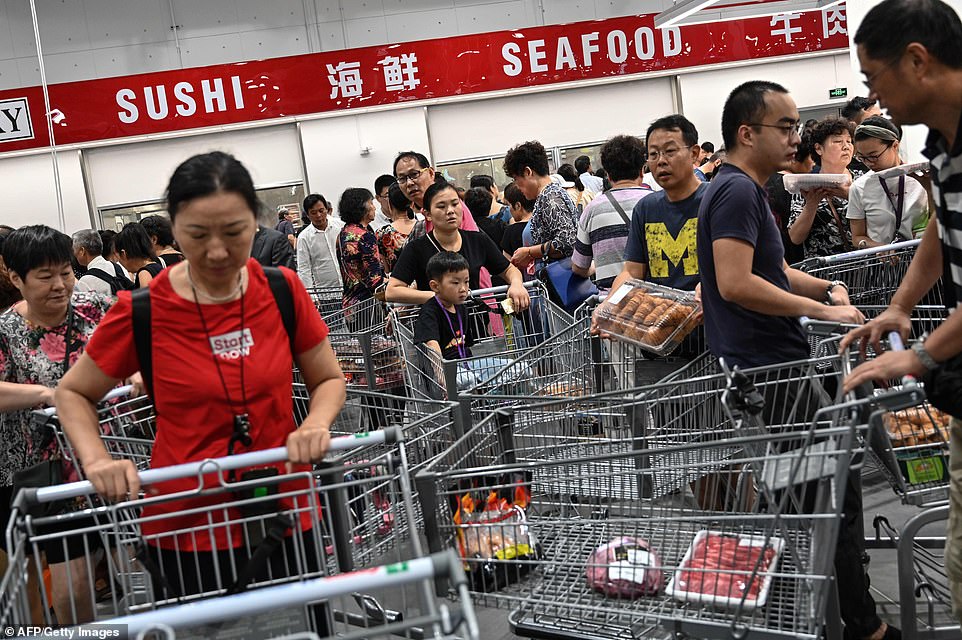 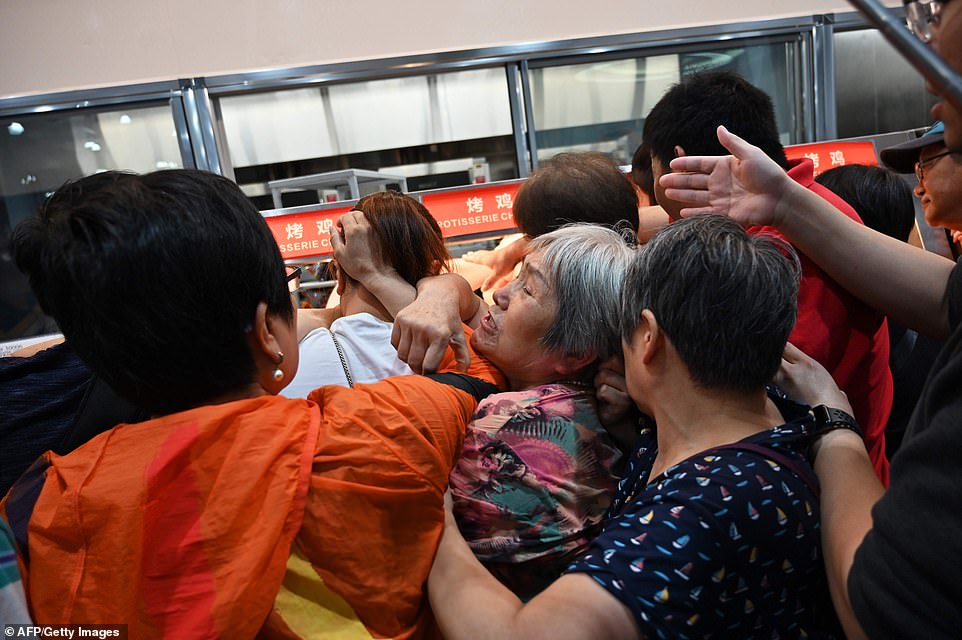 The most popular areas, such as the fresh meat section, saw large numbers of people fighting to get their hands on produce 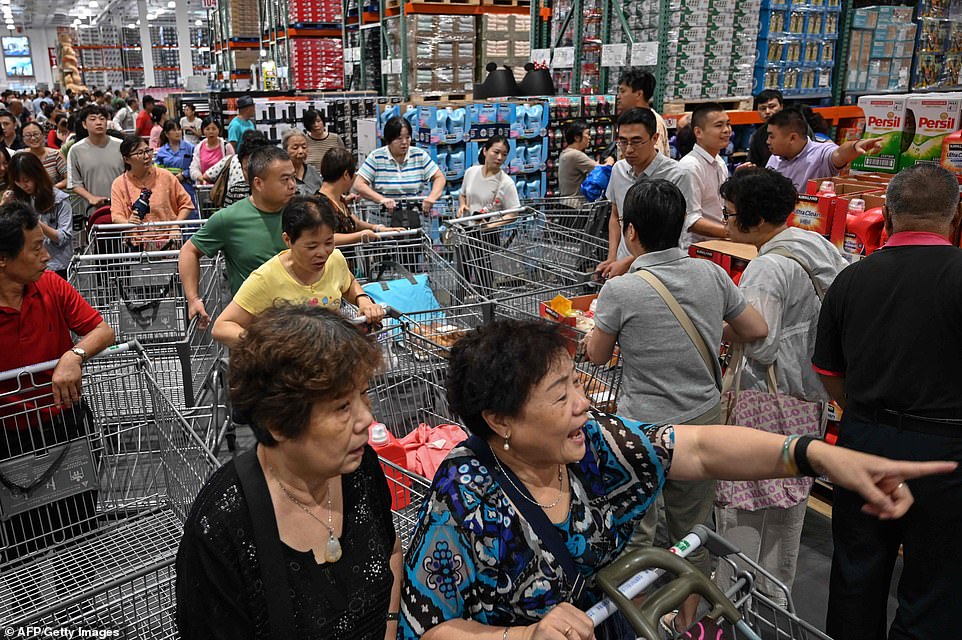 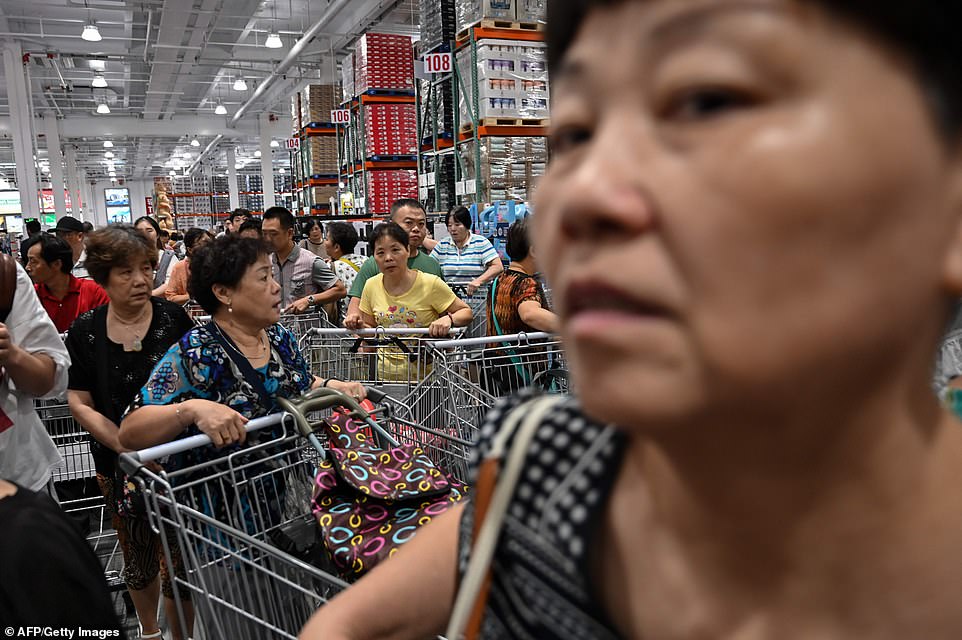 But they continued to flow in, leading to shopping cart gridlock throughout the store, especially in more popular areas such as the food section, where people scrambled to get their hands on meat and other produce.

Elsewhere, shoppers pushed and shoved for access to the freshly cooked rotisserie chickens as staff pleaded with buyers to form a line.

Outside, motorists complained on social media about three-hour waits to get into the store’s parking lot, while others stood for lengthy periods in 97 fahrenheit (36 degrees celsisus) heat outside the store hoping to get in. 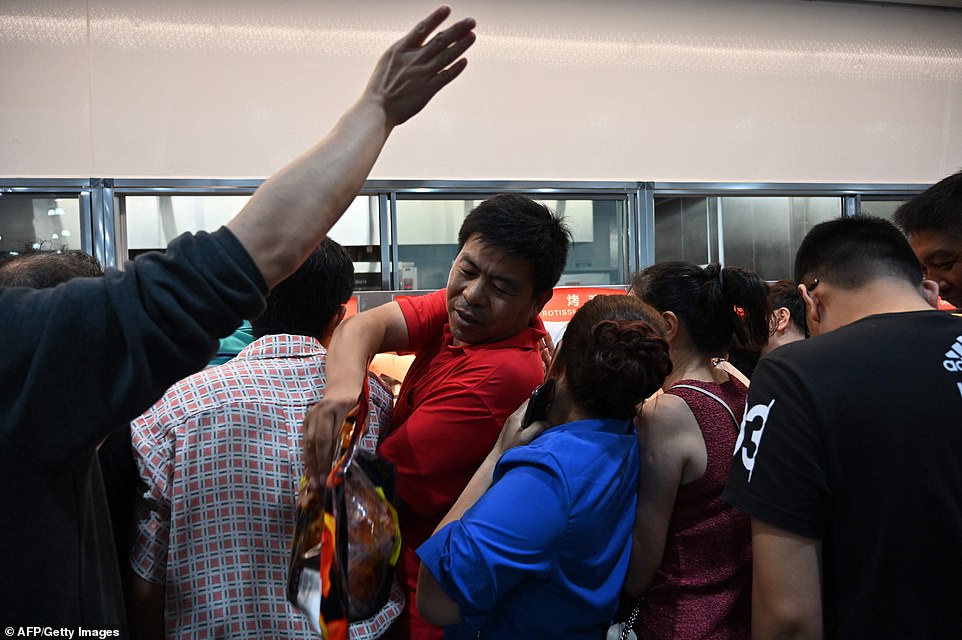 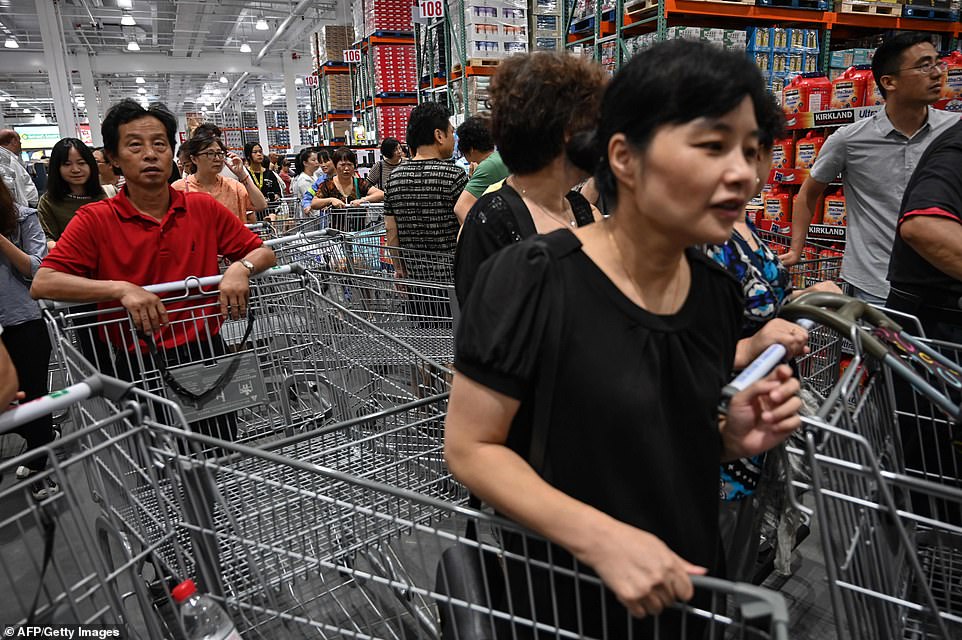 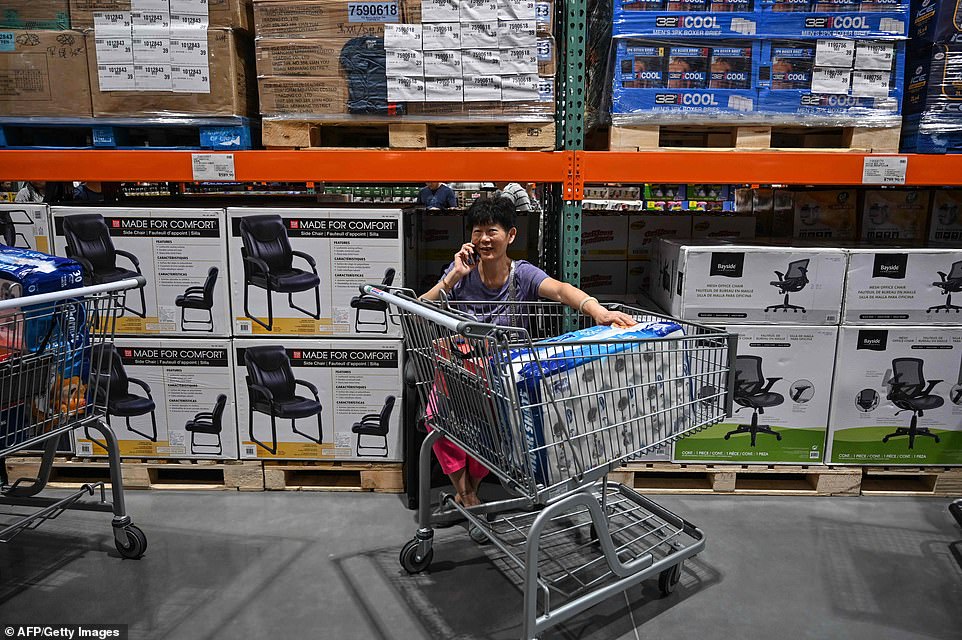 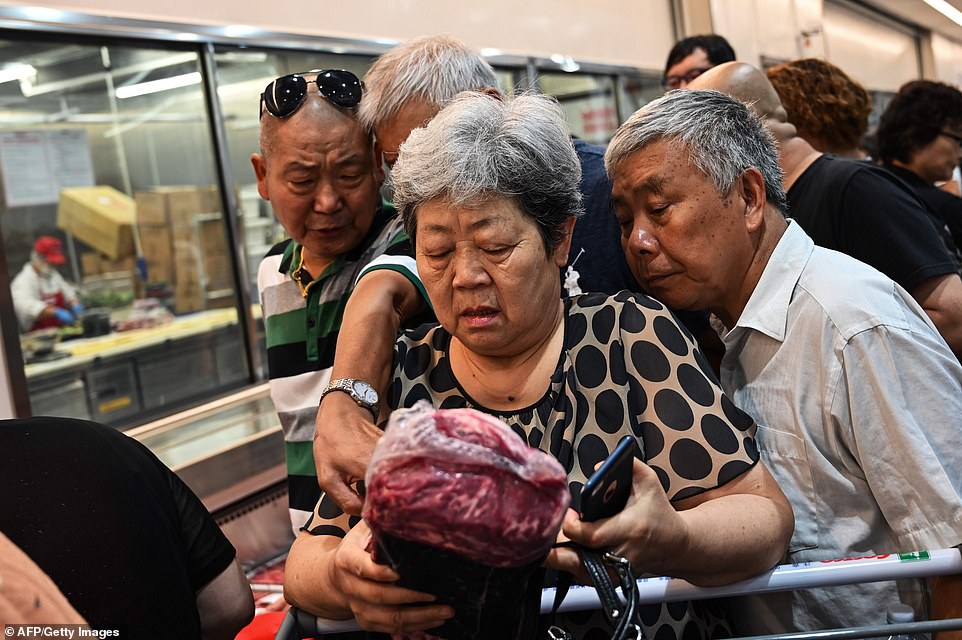 But there were no immediate reports of any injuries or scuffles.

The spokesman said the store, which sprawls out over 1.4 hectares (150,000 square feet) in Shanghai’s southwestern suburbs, planned to open as normal on Wednesday.

Foreign ‘hyper-markets’ have struggled in China, with some criticised for failing to cater to the country’s consumer habits.

German wholesaler Metro is in the process of selling its operations to a local bidder and Britain’s Tesco pulled out of the Chinese market in 2014.

But Costco already has had an online presence in China for five years.