Despite a win over the MLS All-Star team in penalty kicks, Los Blancos missed their superstar Wednesday night and throughout the whole summer

CHICAGO — After Marcelo put the deciding penalty kick into the back of the net, Real Madrid defender Jesus Vallejo jogged to join him. The 20-year-old made up a one-man celebration of a victory that will hardly have the team popping bottles of champagne to celebrate on the flight home.

It was a frustrating pre-season for Real Madrid, with the penalty-shootout win in this exhibition game against the MLS All-Stars the only triumph of the four games the team played in the United States. The results won’t start mattering until next week, but the time in the U.S. didn’t go as hoped.

“It’s not a good sensation. It’s not a good sensation in general,” Madrid manager Zinedine Zidane said after his side played to a 1-1 draw after 90 minutes. “We did good things, but the feeling isn’t good. In four games, not being able to win, something’s happening. For us, we can’t be happy today but at the same time, we’re done with the tour. Now we go home and we have four days to prepare for our first official game and that’s it. We definitely have to do more.”

Check this out  ‘We have to take the positives' from Man Utd loss, says Huddersfield winger Kachunga

American fans wanted to see Cristiano Ronaldo during the team’s pre-season tour of the States, and Madrid could’ve used him. But the closest thing they got to Ronaldo was when Ronald McDonald led the teams out onto the field in the match with Manchester United in Santa Clara. The fast-food mascot is good at getting kids to eat burgers. The football player is good at lifting his team to victory, even after disappointing performances. 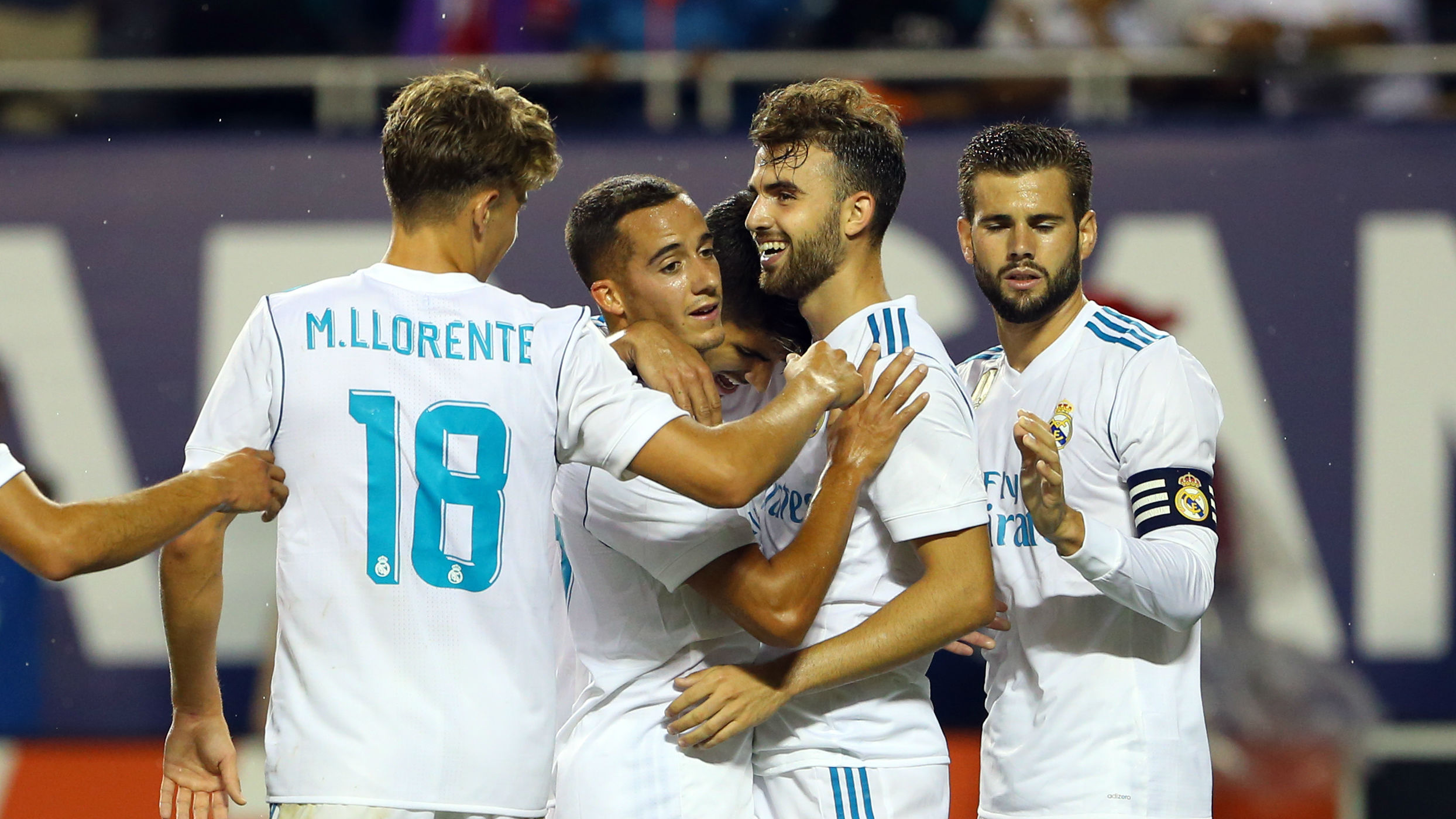 Madrid won’t be Madrid without Cristiano Ronaldo. While his absence has been more discussed from a marketing perspective, the hole he leaves on the field is more notable. Ronaldo has been on vacation but has never been one not to take his preparation seriously.

The Portuguese superstar will be back with the club on August 5, almost certainly too late to take part in the UEFA Super Cup against Manchester United three days later. But, Zidane will hope, he will be back soon enough to take part against Barcelona in the Spanish Super Copa, a Clasico that carries more weight than last weekend’s spectacle in Miami.

Check this out  No chance of Sterling leaving Man City - Guardiola

The losses piled up for Madrid during the pre-season before getting a lift from this final game. Zidane wasn’t totally frustrated by his team’s performances, and it’s true that he got some good showings from new additions Dani Ceballos and Theo Hernandez.

Ultimately, the European champions weren’t able to put away any of their opponents in regular time – three of them were teams in the same stage of the season as Madrid are in and another a team that trained for just two days. There were chances in Wednesday night. Referee Allen Chapman declined to point to the spot on DaMarcus Beasley’s challenge on Achraf Hakimi with the veteran left-back getting his foot to the ball before taking out the man. Sergio Ramos decided to try and chip the ball over U.S. international Tim Howard and failed.

All-Stars Howard & Beasley still got it

How seriously should this game be taken? Real Madrid played three different goalkeepers, while the opposition had never played a game together before and never will again. But a 1-1 draw in regular time, followed up by the 4-2 win in the penalty shootout against MLS’ finest players will not be remembered as the club’s finest hour.

“It was important to win and above all to prepare ourselves in this pre-season,” goalscorer Borja Mayoral said on the field after the game. “We’ve prepared well and are ready for the Super Cup.”

Madrid may truly believe that, but without Ronaldo, the meeting with Manchester United could be more difficult than imagined. Real Madrid will get up to speed and once again contend for La Liga and the Champions League. But are they ready for the season to begin? After these four games in America, the answer is no.