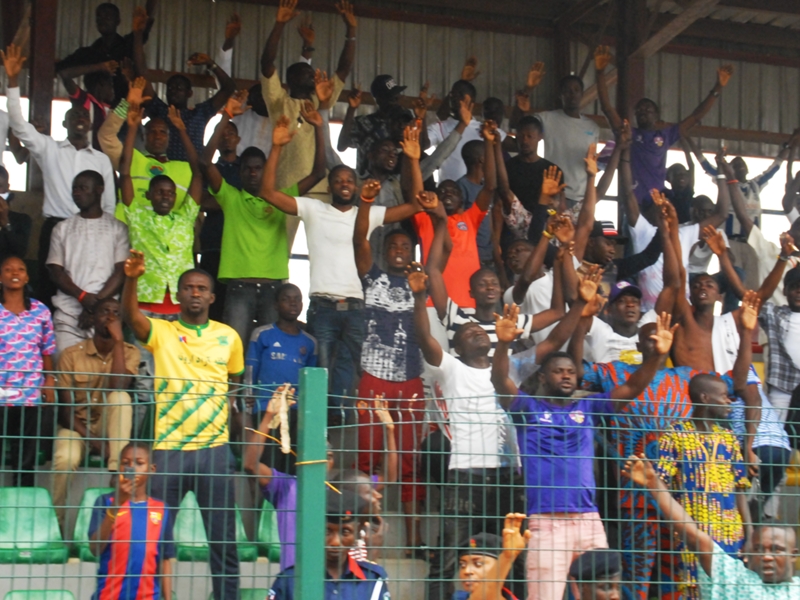 His commendation is coming despite criticisms greeting the unanimous decision between the LMC and club representatives to bring the Nigerian topflight to a halt with 14 games to go.

Despite backlash over the league’s abrupt ending, the players’ union boss said that the verdict was in the good interest, security and health safety of the players of the nation’s elite division.

“The Nigeria Players Union, National Association of Nigeria Professional Footballers has commended the LMC and the Clubs Owners Association for the decision to end the league at this point in time given the prevailing circumstances of having to play three matches in one week to meet CAF deadline for registration of the league champions for Caf Champions League,” Musa said in a statement.

“As a body we can’t pretend not to understand the precarious situation and circumstances we found ourselves as a result of  the NFF crisis and therefore view the decision to terminate the league at this point as commendable considering its potential threat to the health and safety of our players and the financial challenges to the clubs if allowed to continue.

“The union also wish to use the opportunity to congratulate Lobi Stars FC for emerging winner of the league at this point in time. It is equally important for the LMC to monitor some clubs who have developed the habit of stopping players salaries when the league has ended, even when the player contract is subsisting, to desist from such acts and abide themselves to the rules and relevant provisions of their Contract. One will not be Surprise that now that the league has ended abruptly before its planned date, some clubs will stop the salaries of their players already budgeted for.”

Check this out  Manchester City: Sergio Aguero thanks fans for support after broken rib