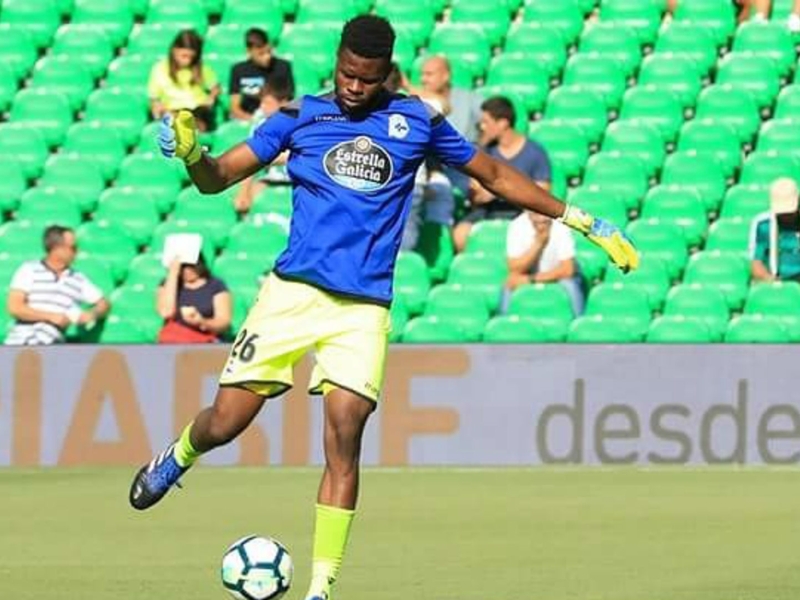 Francis Uzoho made a stunning La Liga debut as he kept a clean slate in Deportivo La Coruna 0-0 draw with Eibar on Sunday.

The young goalkeeper who represented Nigeria at the 2013 Fifa U17 World Cup in the United Arab Emirates got Pepe Mel’s nod to start in goal for the Blues and Whites, and he did that in imposing fashion.

Uzoho made a series of fine saves at the Municipal de Ipurua to prevent the hosts from scoring as his team got a crucial away point.

Uzoho will be eyeing his second appearance when his side welcomes Girona to Estadio Municipal de Riazor on October 23.

Deportivo are 15th on the Spanish topflight log with eight points from eight games.