What should you do if your clothes are on fire? Dramatic video shows surprisingly simple ways to put out the flames

A soldier has revealed a simple hack for putting out a flame in a video of him pressing both hands on a member of his group’s arm and swiping it out.

The bizarre footage shows a member of Indonesia’s Civil Defense holding his arm out with a flickering flame on his military uniform in Indonesia.

Check this out  Williams umpire controversy threatens to overshadow...

He tries to pat the flame out but fails and then attempts to press down on it. 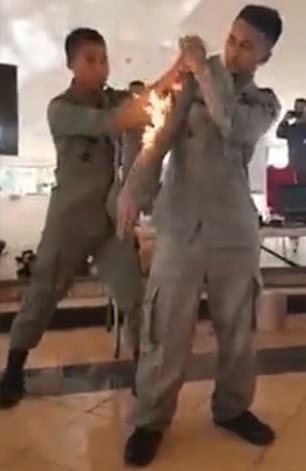 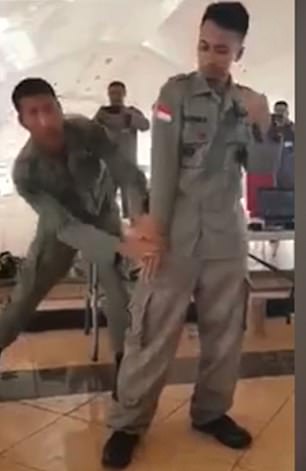 Moments later, another member of his group, who appears calm, swipes his hands down his group member’s shoulder and arm, in the clip appearing to have been filmed in a makeshift room.

In one stroke, the soldier manages to put out the flame. 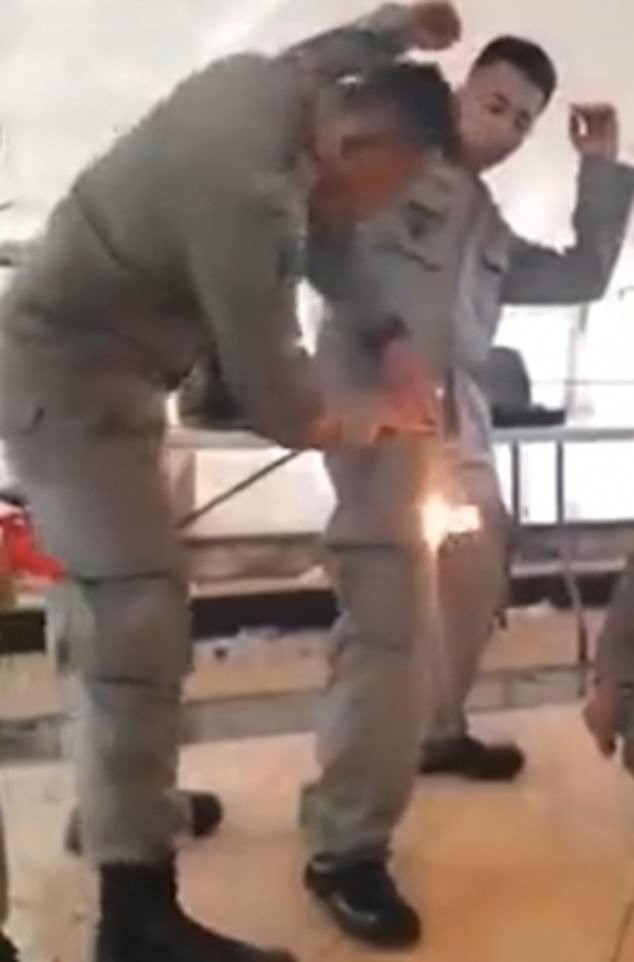 Practice makes perfect: Members of the group used the soldier as an almost guinea pig to try out the new trick for putting out a flame. They sprayed parts his uniform before setting an area alight and then using their hand to put it out, in the clip shared on December 2

Check this out  The Marvelous Mrs. Maisel actor Brian Tarantina 'dead at 60 from apparent drug overdose'

The cameraman and people in the background can be heard clapping and praising him for putting it out so quickly, in the video shared on December 2.

But in a bizarre turn of events, the man who put out the flame, uses a lighter to start another flame on the same arm of his friend.

Perhaps in a bid to show off his new talent, he then performs the trick again and receives another round of applause.

Seconds later, he sprays on to the soldier’s legs and sets alight his trousers. 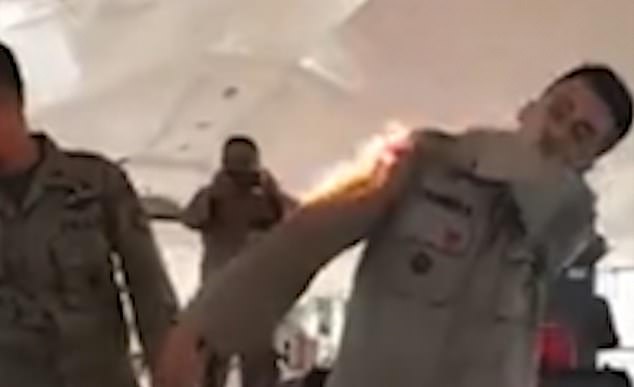 The soldier, who was filmed with a flame on his arm, had other members of the group setting his clothes alight as they tested the new trick of using their hands to press down on the flame and instantly extinguish it

Check this out  Florida girl, 9, flung in the air by charging bison at Yellowstone National Park

Another member of the group then sprays his chest as the seemingly willing soldier, who appears to have become a guinea pig of this new hack, leans back.

On cue, a flame flickers across his stomach and he swipes his arm down his chest and instantly puts it out.

His military jacket is sprayed with chemicals before he dramatically jumps on to the ground to extinguish it.