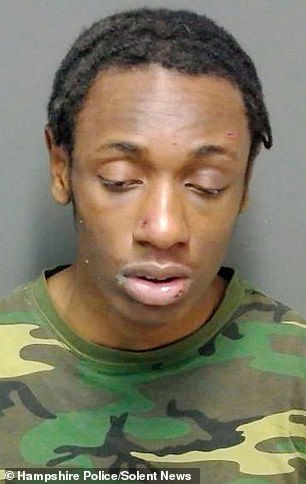 Michael Enzanga, 20, was likened to a ‘caged animal fighting for his life’ as he repeatedly knifed a Hampshire Police constable

A county lines drug dealer who stabbed a plain clothes police officer in a playground was today jailed for 16 years.

Michael Enzanga, 20, was likened to a ‘caged animal fighting for his life’ as he repeatedly knifed Hampshire Police constable Russell Turner, 56, at Stamshaw Park in Portsmouth.

He appeared at Portsmouth Crown Court for sentencing after being convicted of causing grievous bodily harm with intent and possession of a knife in August.

Enzanga, appearing in the dock dressed in a grey jumper, was also sentenced for four charges of possessing crack cocaine and diamorphine (heroin) with intent to supply and a charge of possessing criminal property.

Enzanga, of Tottenham, North London, was sentenced to 16 years in jail, plus an additional four years on licence by Judge Roger Hetherington.

Prosecutor Dale Sullivan said the case was made more serious because the stabbing on February 21 took place near a nursery, and because it was against a police officer. 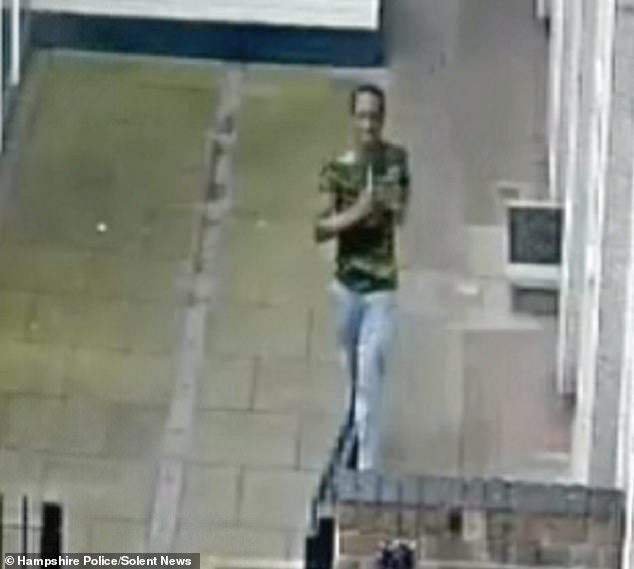 The trial in August heard that PC Turner and PC Clare Parry had approached Enzanga, then aged 19, near an adventure playground in Portsmouth.

PC Turner had his warrant card out and identified his colleague and himself as police officers when Enzanga tried to run away and a struggle broke out.

PC Parry said the defendant was like a ‘caged animal fighting for his life’ when he attacked PC Turner.

In an emotional statement, PC Turner told the court today: ‘(I feel) angry because he stabbed me, leaving my lying in my own blood.

‘Most of all I can never forgive him for the upset, pain and emotional trauma he caused my family. 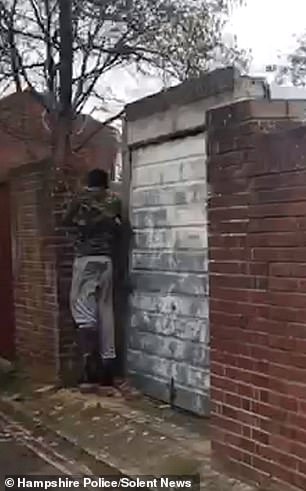 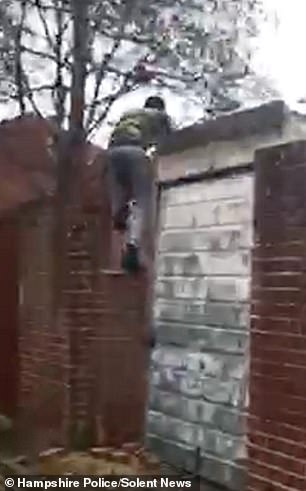 Check this out  WHAT IS THE ESA'S SOLAR ORBITER MISSION?

‘On the day I was stabbed my wife was at home and my sergeant knocked on the door and told her what happened.

‘During that half hour car journey her mind was thinking all sorts, wondering if I was going to live.’

PC Turner, a father-of-two, was not able to return to work for ten weeks and has now left Hampshire Constabulary.

PC Parry, who was with PC Turner when he was stabbed in the playground, said in a statement: ‘A few weeks after the incident I was again dealing with a male with a knife and despite him throwing it out of harm’s way I could not shake the fear of being stabbed.’

The court heard that after a chase and search, Enzaga was discovered hiding under a tarpaulin and arrested. 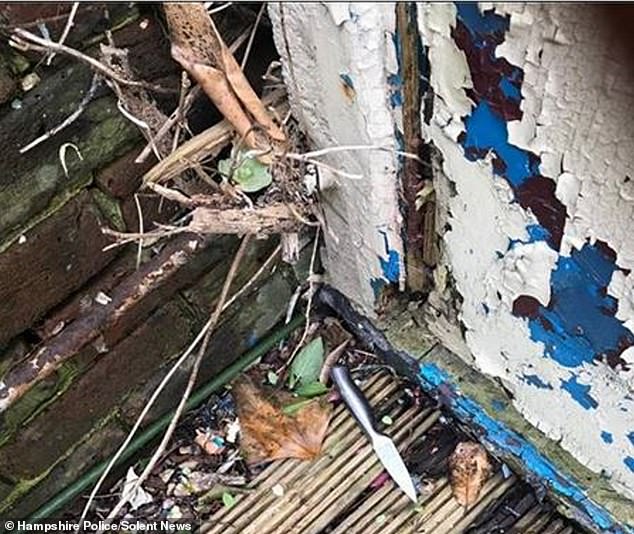 While in police custody, he told an officer: ‘Take that body armour off and we will see who is hard.

‘Wait until I found out where you live and then we will see who is smiling.’

Andrew Frymann, defending Enzanga, said: ‘This case features what is becoming an endemic problem, namely county lines drug dealing, by which I mean the endemic problem of central London drug dealers sending out young people, normally young men, to provincial towns and cities to deal Class A drugs on the streets, returning back to London or thereabouts with the cash profits.

‘It is a dangerous business. Mr Enzanga was beaten up during the course of his activities street dealing.’

He asked that Enzanga’s relative youth be taken into account when passing sentence, telling the court that he was just 19 when the offence took place. 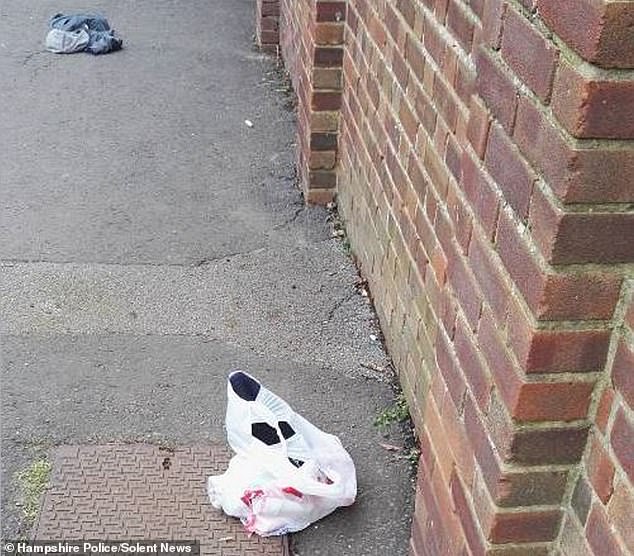 Check this out  Three brothers SURVIVE after being struck by lightning

Mr Frymann called for his client to receive a determinate sentence, rather than one extended by an official finding of dangerousness under the law.

‘Here is someone who is so young that the court should not make a final decision about whether he is and/or will be dangerous in future where so much changes or is capable of changing in a young person’s life.’

Judge Hetherington sentenced him to 16 years in prison, with a further four years on licence.

He must serve at least two thirds of the 16 years before he is eligible for parole.

Judge Hetherington told Enzanga: ‘You were no innocent dupe, you were already an experienced criminal as your convictions show.

‘You knew exactly what you were about. In order to escape (you) took out your knife and plunged it twice in the back of Pc Turner.’

He blasted Enzanga for his ‘hopeless attempt’ to evade justice in the face of ‘overwhelming evidence’ at trial.

‘You would stop at nothing in order to save your own skin.’

Addressing the issue of dangerousness under the law, Judge Hetherington said that Enzanga poses a ‘high risk of serious harm, especially to police officers’. 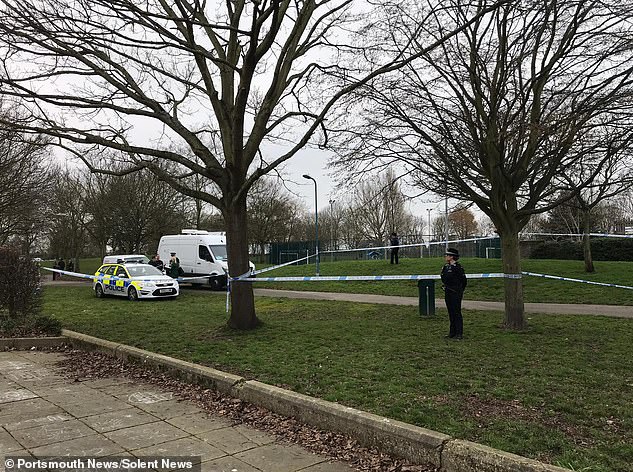 ‘You are still quite young in age but in my judgment that did not affect your responsibility for this offence.’

Following the sentencing Russell Turner said: ‘On the day this happened, Pc Clare Parry and I went on patrol in Stamshaw Park with two objectives: firstly to find and safeguard who we thought was a vulnerable young man and secondly to protect the local community. Neither of us expected to get stabbed.

‘Stamshaw Park should be a nice place to walk the dog, take the children to or just to go for a walk in, it shouldn’t be a place where someone thinks that it is all right to deal drugs and carry a knife, and on that day in broad daylight during half term.

‘Clare and I have been beat officers for a long time and have always listened to and tried to respond to what our communities are telling us. 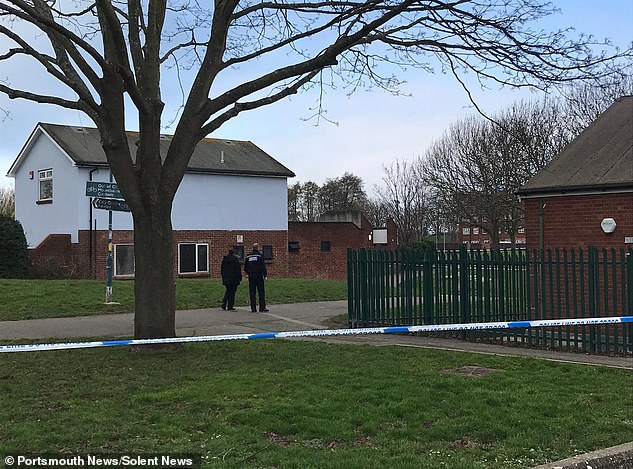 ‘We are not unique in this and police officers do care and want to make the communities in which they work safer places for the public. That’s what we were trying to do.

‘That community has been fantastic in supporting us and assisting so brilliantly with the investigation, and for that I will be eternally grateful.

‘I also want to say thank you for the support my family and I have had from colleagues and members of the public during what has been a very difficult time for us. It has helped immensely.

‘I have now left Hampshire Constabulary, partly because of this incident, and want to pass on my best wishes to everyone and hope you all stay safe.’ 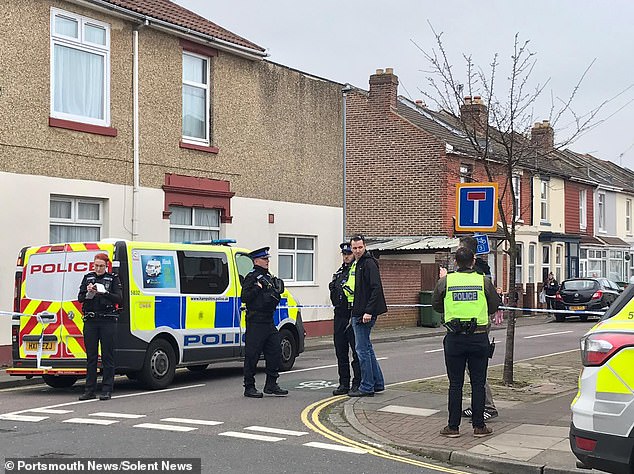 Hampshire Constabulary Chief Constable Olivia Pinkney said there are 19 assaults on her staff every week, on average.

‘Police officers and staff are regularly subjected to violence and threats which too often result in injury.

‘It is never acceptable to assume that assaults upon police officers and staff should be tolerated, it is not simply ‘part of the job’.

‘We have a duty to protect the public, but we are all too often prevented from doing so due to violent individuals who choose to attack those who are there to help them.’