Em Rusciano struggled to contain her excitement as she hailed her ultrasound as the ‘best TV show in ages’ when sharing it with her fans on Instagram on Tuesday.

The pregnant personality, 39, said it was ‘so exciting’ to document the special moment after initially keeping her baby joy under wraps for fear of a miscarriage.

The 2Day FM radio star shared the touching ultrasound clip on social media, which showed her baby boy, who is due to be born later this year. 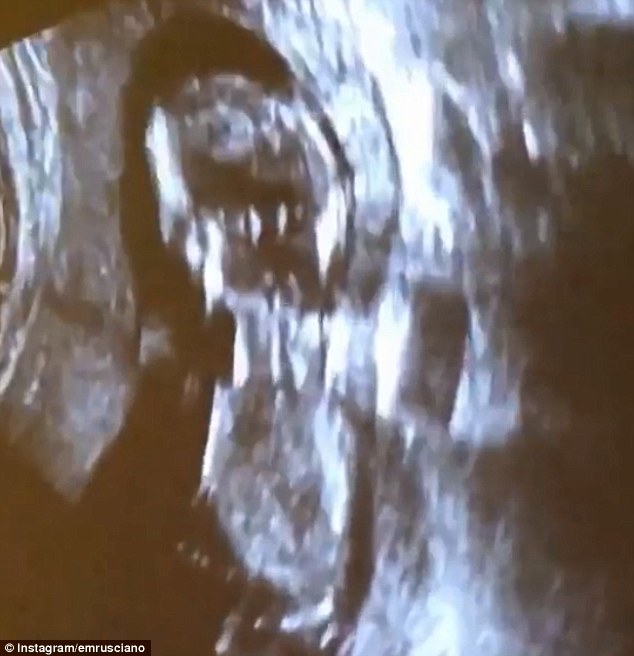 ‘SO EXCITING’: Em Rusciano excitedly hailed her heartwarming ultrasound as the ‘best TV show’ on Instagram on Tuesday… after her miscarriage heartache last year

She penned in the caption of her video clip: ‘So exciting. SO EXCITING! Best TV show I’ve seen in ages. #ThatsMyBoy.’

The pregnant star ensured she got across her joy by typing out the words ‘so exciting’ in capitals the second time.

Check this out  FA charges Newcastle manager over referee comments

Em recently revealed she is expecting a baby boy with husband Scott Barrow after keeping it quiet because she suffered a terrible miscarriage last year. 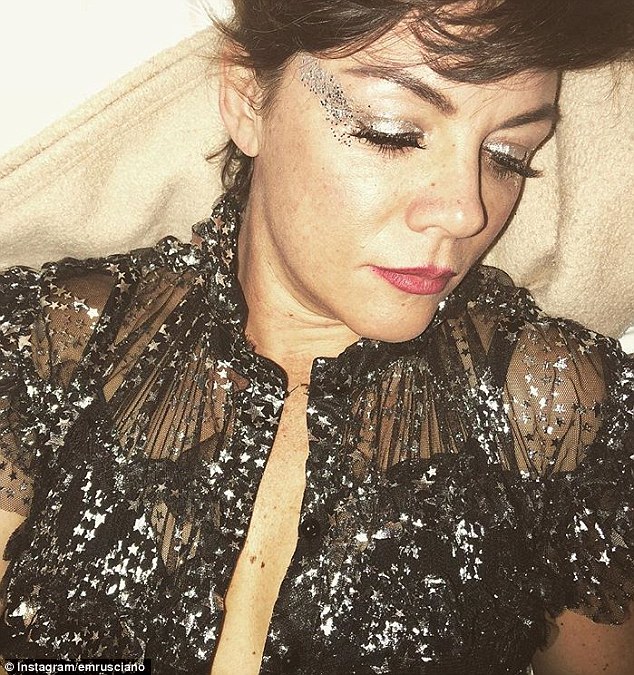 Sadness: The personality, 39, gushed it was ‘so exciting’ as she documented her pregnancy online after keeping it under wraps because of her miscarriage heartache last year

Having now past her first trimester, the mother-of-two confessed: ‘I’ve been scared to say “I’m pregnant”, because I was scared I would jinx it. I didn’t think I’d survive losing another baby.’

The comedian, who has candidly discussed her miscarriage from last year in the past, admitted she was ‘scared’ of losing her baby again.

‘What really struck me about finding out that I was pregnant was the fear that I would lose the baby because I lost my last baby and had a miscarriage,’ she told her listeners. 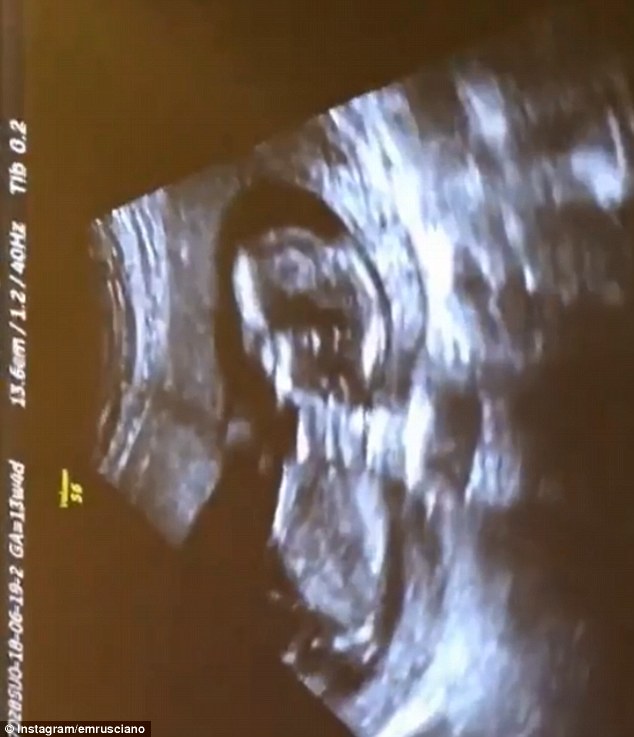 Best news: Radio star Em shared a touching clip on social media of an ultrasound showing her baby boy, who is due to be born later this year

Check this out  France reopens investigation into missing flight MH370

‘The thought of going through all of the first trimester and then not knowing… I haven’t been able to enjoy the pregnancy. I was scared to buy maternity wear or baby gear for jinxing it.’

In May, Em shared her heartbreaking story in an emotional Facebook post when she revealed she had lost a son at 13 weeks.

‘About 10 weeks ago I got the most wondrous surprise. I found out I was pregnant. I was going to announce it this Monday as we’d hit 13 weeks, but instead I will be at home in the most exquisite pain I can possibly fathom,’ she wrote. 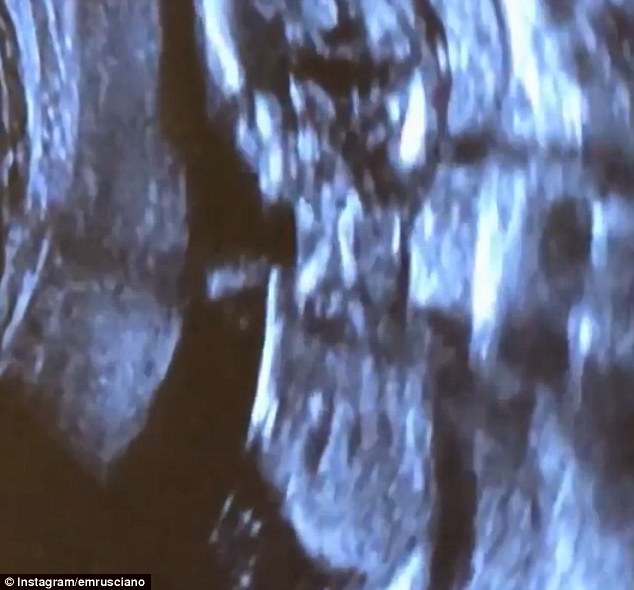 How sweet: She penned in the caption of her video clip:’So exciting. SO EXCITING! Best TV show I’ve seen in ages. #ThatsMyBoy.’

In the tragic post, she revealed she had already named him Ray, seen his growing body, and heard his heartbeat.

Recently, the 2Day FM host told fans that she and her family are thrilled to be having a boy while sharing a baby bump photo.

‘It’s a bloody happy time for my fam and I. The other bonus- No more sucking my guts in at work.. It’s been a hectic vomit themed time but I think I’m out the other side now, oh and it’s a BOY!’

The mother raises her two daughters, Marchella, 16, and Odette, 11. 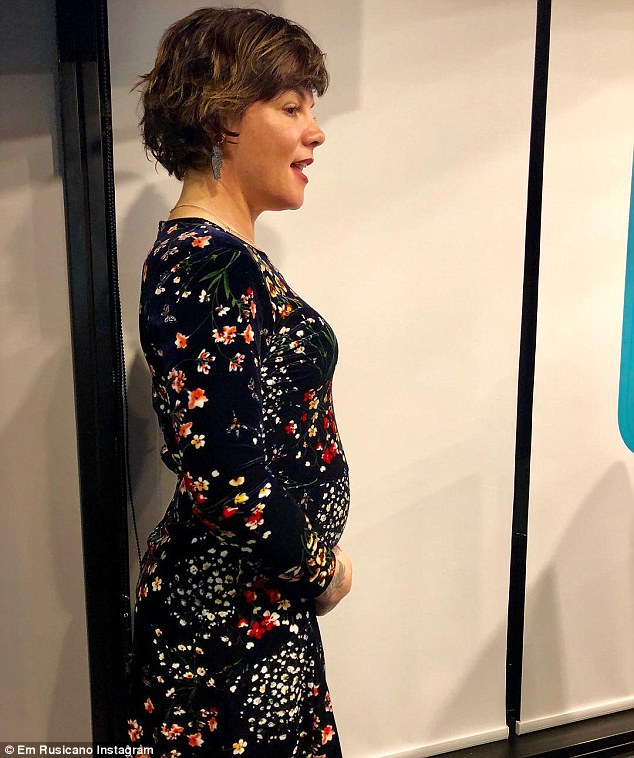 Honesty: The comedian, who has candidly discussed her miscarriage from last year in the past, admitted she was ‘scared’ of losing her baby again