And after being absent from Instagram for a week, Em Rusciano took to the site on Friday to reveal that she’s at a health retreat at Tallebudgera Valley on Queensland’s Gold Coast.

The 39-year-old, who looked positively glowing in a close-up photo, also shared that she’s come to learn about a new birthing trend known as vaginal seeding. 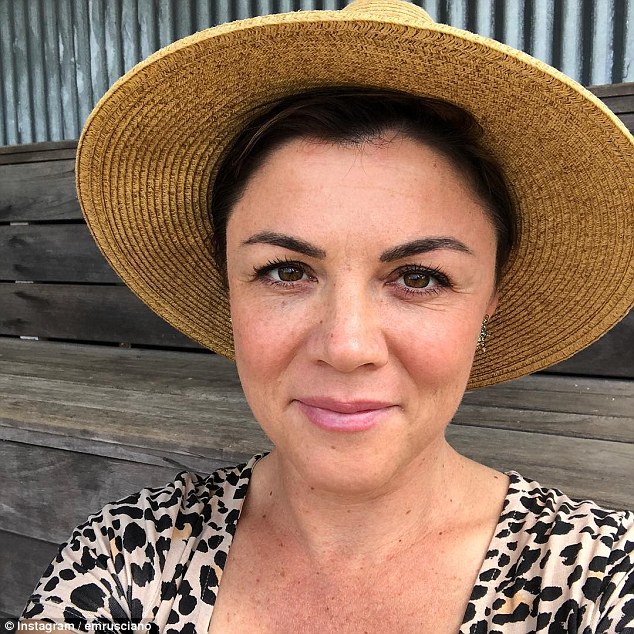 ‘Vaginal seeding is eye-opening’: Pregnant Em Rusciano, 39, revealed to Instagram on Friday that she’s been learning about new birthing trends while at a health retreat

In a photo shared to Instagram on Friday, Em sits on a wooden bench at what appears to be the Gwinganna Lifestyle Retreat, and draws attention to her youthful visage.

The former 2DayFM host looks casual chic in a leopard-print ensemble and a round-rimmed straw hat.

Em reveals that fans had been asking her whereabouts having not posted on Instagram for seven days.

‘Gang! I’m sitting in the designated mobile phone cricket stand at the health retreat I’ve been at all week. Devices are banned everywhere but here..,’ Em writes. 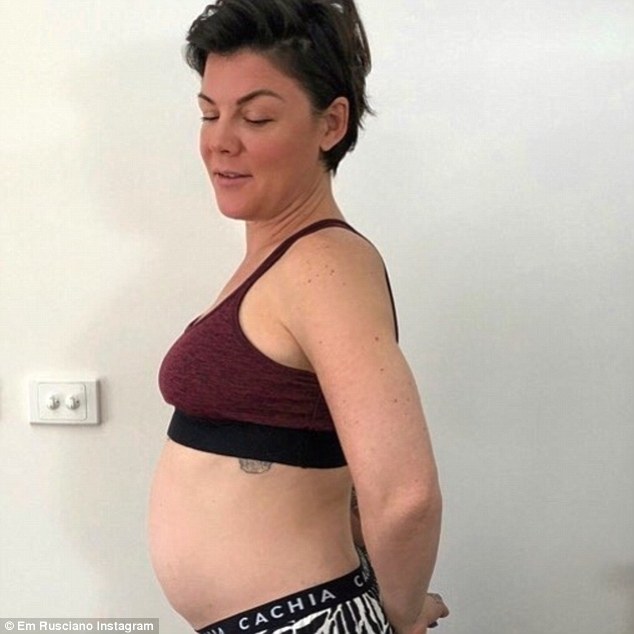 Informative: Em informed her fans that she has been learning about vaginal seeding, a new birthing trend that’s believed to provide one’s baby with a strong immune system. Em is pictured in a previous Instagram post at 21 weeks pregnant

‘Hundreds of you have messaged me concerned as to my whereabouts which is lovely but don’t fret, I’ve been in the QLD hinterlands learning about vaginal seeding (that was an eye opener), foot long poo (see vaginal seeding) and using sage and coconut oil to whiten my teeth.

‘We have so much to talk about! I have to dash there’s one last cooking demonstration to attend and possibly some chanting by a fire. Em x,’ she continues.

Vaginal seeding is a new birthing trend where experts claim that it will provide one’s baby with a strong immune system.

Doctors take a swab from the vagina and wipe it over the newborn baby’s mouth, eyes, face and skin. 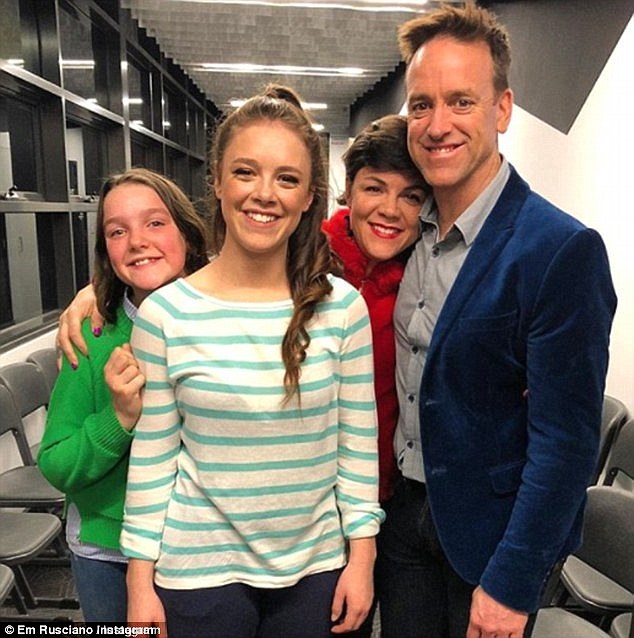 It’s believed that C-sections are linked to a higher risk of babies getting an auto-immune disease, as they are not exposed to the ‘vaginal microbes’ after a woman’s waters break.

Em is expecting her third child with husband Scott Barrow, with the couple already sharing daughters Marchella, 16, and Odette, 11.

‘It’s gonna take more than a super freak strip routine and a Kombi van to get me out of this one.. Jokes guys.. I’m totally pregnant and so happy my heart may burst in my chest at any moment,’ she told her followers.

‘Although I’m not so much little miss sunshine as little miss teary, bloated, nauseous yet ravenously hungry. Let me tell you it’s a different ball game doing this at 39 to 21.. It’s a good thing that the stretch marks are in place and ready to go!’ Em added.

The pregnancy announcement comes just over a year after Em experienced a miscarriage. 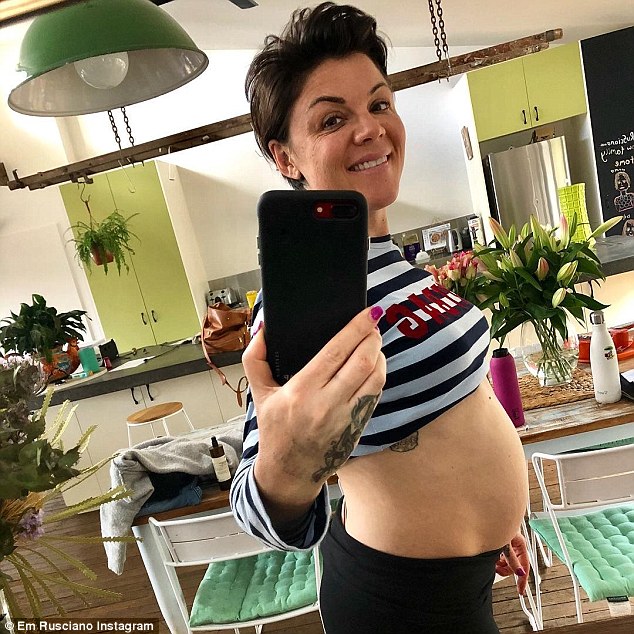 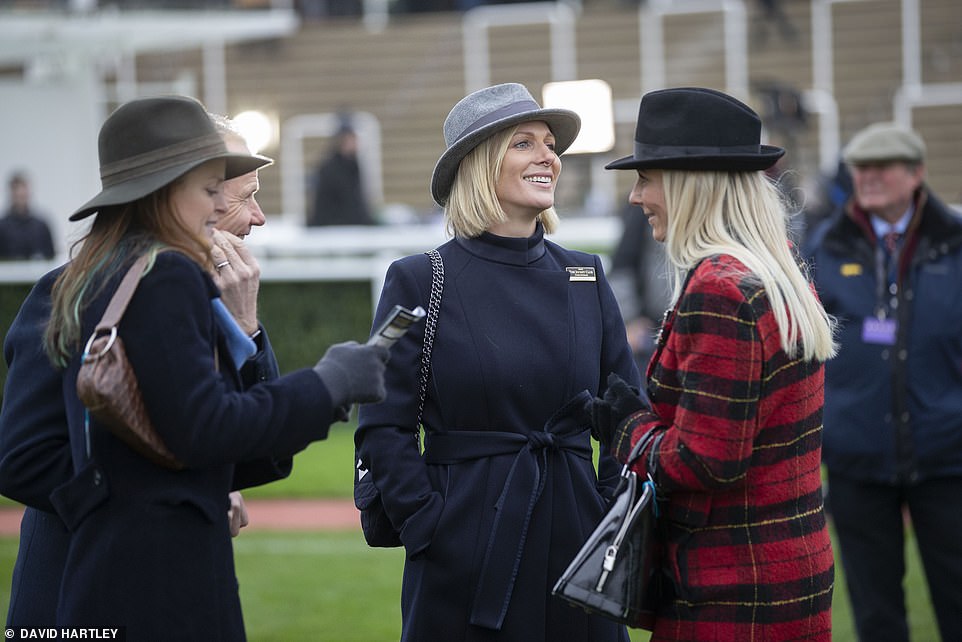 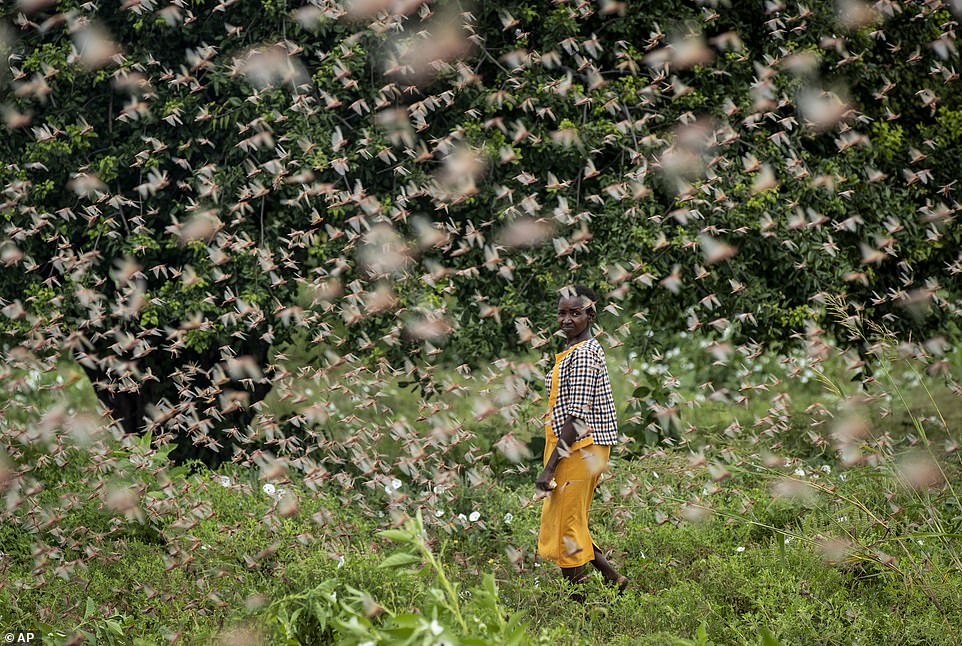