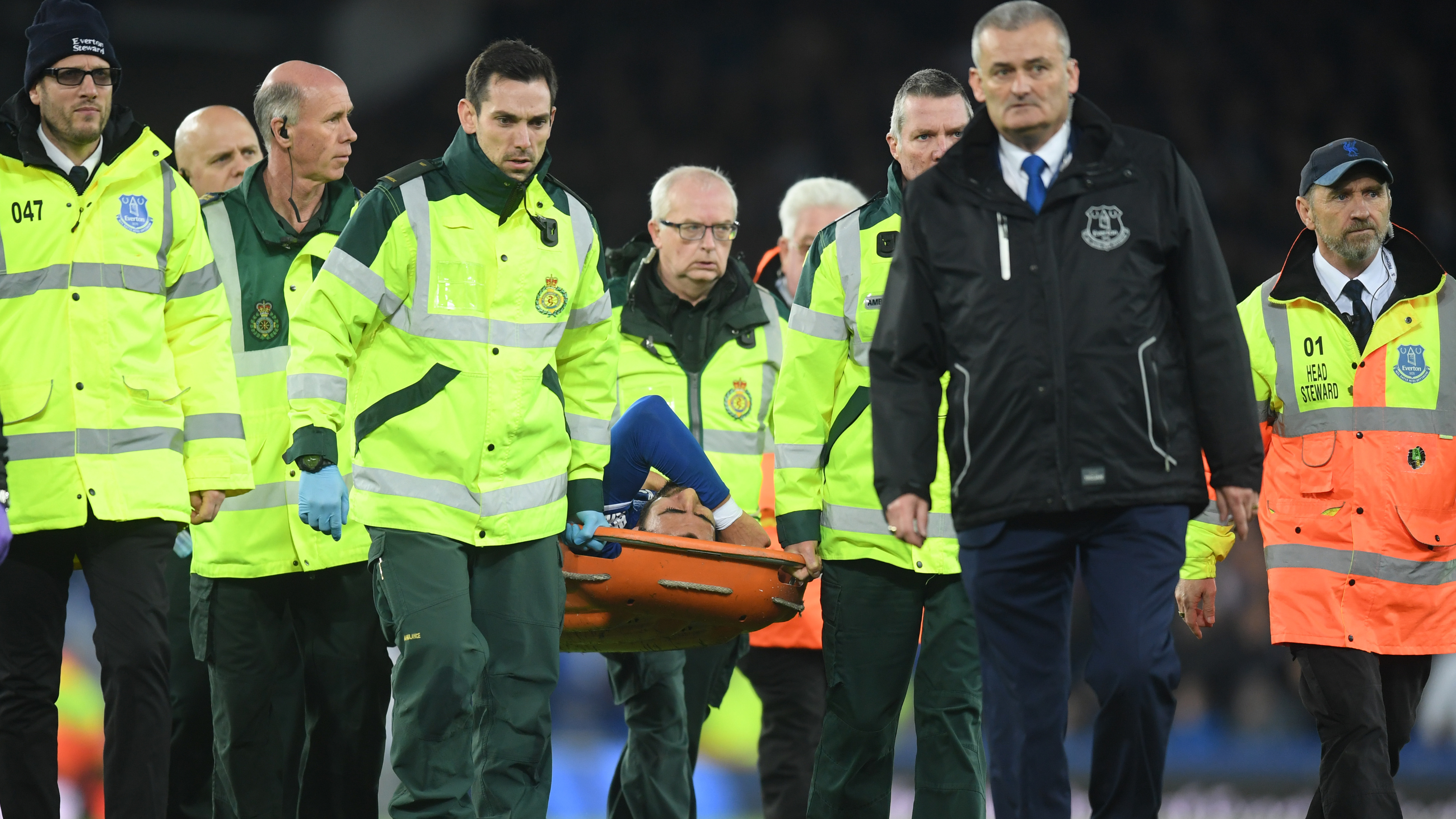 Everton’s Andre Gomes suffered a fracture dislocation of his right ankle after falling awkwardly following a challenge from Tottenham’s Son Heung-min, the club has confirmed.

The Portugal international needed to be stretchered from the field after being caught late on in the Toffees 1-1 draw with Spurs on Sunday.

Son was shown a red card for his involvement in the incident following VAR review and was left devastated by the damage he caused.

With Gomes taken straight to hospital after the injury, Everton have quickly looked to provide an update on the situation.

“Andre wast stretchered from the pitch during the second half of the game and taken straight to Aintree Hospital by ambulance accompanied by members of the Everton medical team.

“After undergoing hospital tests, it was confirmed he had suffered a fracture dislocation to his right ankle. The club will provide further updates in due course.”

Speaking after the match, Everton manager Marco Silva stressed he didn’t think Son meant to hurt Gomes and that the club will do all they can to support their midfielder.

“I saw the challenge live and nothing more,” Silva said. “I cannot talk to you about the tackle, the incident, other things that happened.

“Andre has gone to hospital. The medical staff are taking control of everything and they will have more information. It is better we wait until it is a little bit more clear.

“My opinion will not change anything, I have to be fair with Son, it was a strong tackle, but I am 100 per cent sure when Son did that, he did not do it with intention to do something bad to Andre.

“We are talking about two fantastic football players, for sure he did not mean to make something bad to Andre Gomes.”