South Africa women captain Janine Van Wyk admits every second felt like a year as her side defeated Mali 2-0 to seal a Women’s World Cup ticket for the first time.

Banyana Banyana silenced the Female Eagles in the 2018 African Women Cup of Nations semi-final to ensure a rematch with Nigeria, who won the title via a penalty shootout.

And the 31-year-old who made her senior South African debut in 2005 explains why their maiden qualification was so highly sought after.

“When I looked at the clock there were 13 minutes left. It was probably the longest 13 minutes of my career,” Van Wyk told Fifa.com.

“Every second felt like a year. When that final whistle blew, I just fell to the ground and thought ‘oh my god, we did it’.

Check this out  Arsenal's last-gasp winner a 'clear penalty' - Wenger

“There have been so many times when we have tried and failed to qualify for the World Cup and every single year it gets closer to you retiring.

“For me it was now or never and I’m really glad it came now. All the failures, all the setbacks, that we’ve been through in our careers and as a national team, it’s all been worth it.” 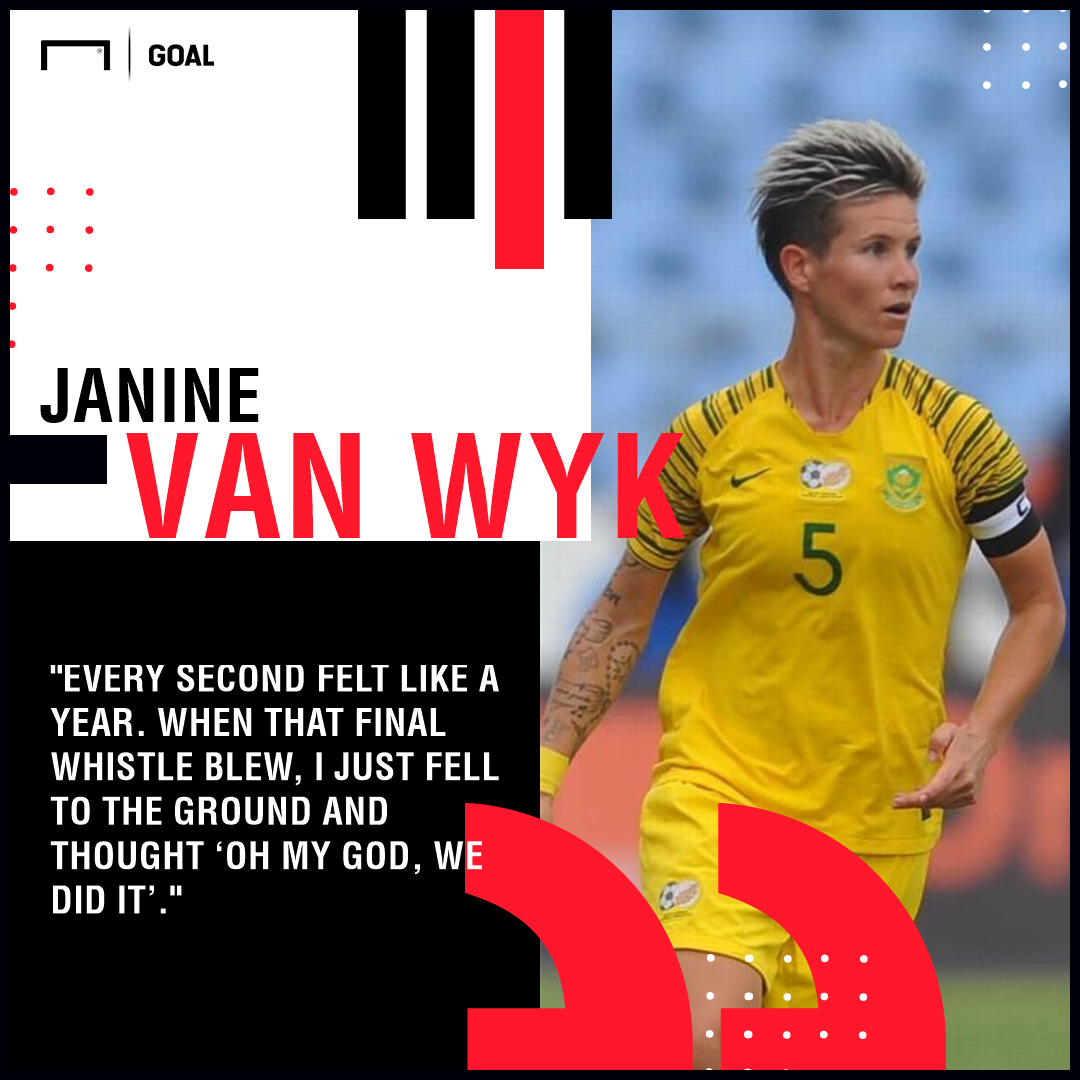 Although Desiree Ellis’ side failed to win their first African crown, the defender who bagged her third African silver medal takes solace in their hugely admired display.

“The way we played, it’s as if we were [African champions] and many people said we should have been crowned champions for the way we displayed our football,” she continued.

Check this out  LIVE SCORES: All the goals as they go in

“I just think we play entertaining football. We always put up a good fight, we have players that are very skilful.”

The debutants have been handed strong opponents in Germany, China and Spain in Group B but the Banyana star is unfazed by their foes’ qualities.

“We knew that whatever group we were going to be facing would be a competitive one for us. There is no easy group as everyone competing at the World Cup is a quality team,” she noted.

“The teams in our group will probably see it as three points in the bag when they play South Africa but I feel African football has really raised its level.

“We know the Germans are a really tough opponent, and probably one of the favourites as well. We’ve faced China at the Olympics and although they beat us 2-0, we know we are able to compete.”

“For Spain, they knock the ball around just like the men do, like Barcelona do, but I feel we are almost on the same level as they are in terms of technical ability and they are not very tall players, so I feel we can compete against them.”