These evocative photographs show homeless Victorian youths who were rescued from the streets of London before they were sent to start a new life in Canada.

The young men, aged between 12 and 28, were taken on by the Ragged School movement which would educate them before sending each to start a new life in Toronto, Kingston and Quebec in Canada or, in one case, in India.

The stunning pictures along with notes on their lives were taken by the Ragged School movement, as the group had organised their journey to the new world, for posterity and to record their successes.

The long-forgotten images have, however, re-emerged after they were dug up from the London Metropolitan Archives and are now on display at the Ragged School museum in Tower Hamlets, London.

The Ragged School movement, founded in 1844, began by sending 150 children to New South Wales, Australia, in 1849, according to Liverpool Museum.

After parliament voted to allow Poor Law Guardians to fund child emigration to ‘the colonies’ between 1870 and 1914 some further 80,000 children were sent to Canada alone by organisations including the movement.

Others that sprung up include the Farming School movement, founded in 1903, which sent children to train at a farm in Nova Scotia, Canada, before shopping them to mainland farmers. The Fairbridge society, which emerged in 1913, would send a further 3,362 children to Australia after training them as farmers.

Ragged schools, which got their name from the fact children attending had ripped clothes, were founded by Thomas Barnado after he came to London from Dublin in 1866 to train as a doctor and then become a missionary to China.

After being horrified by scenes of overcrowding, poverty and disease in the capital he set up the institutions to offer free basic education to children to help them improve their chances in life. 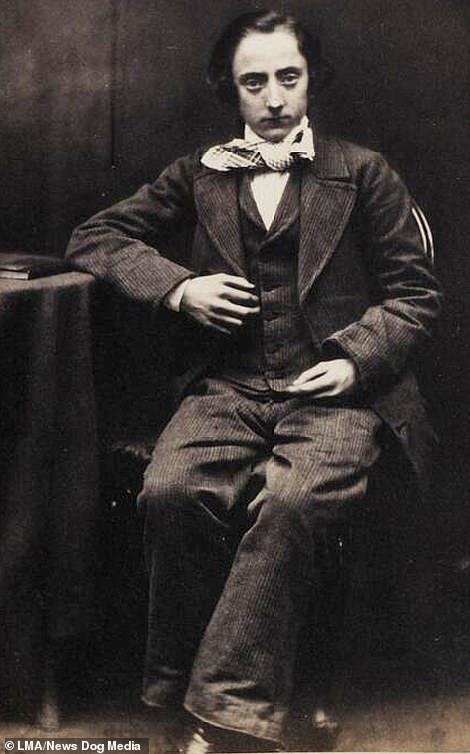 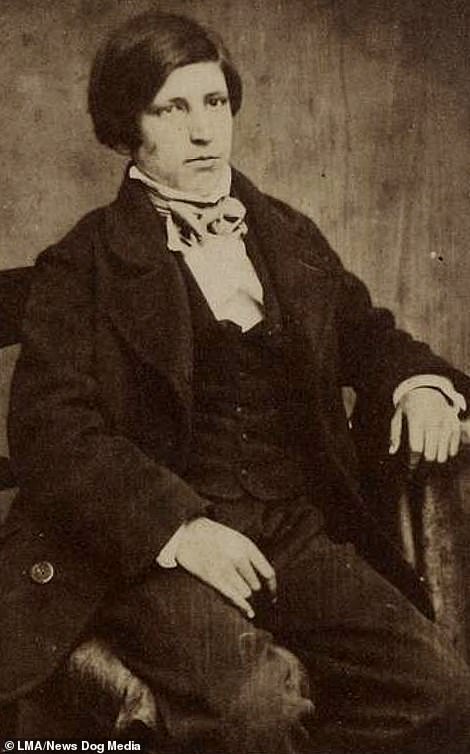 William Ford, pictured aged 14 in 1855 on the left, lived with his railway porter brother in Stratford for two years before ending up on the streets. He sailed to Toronto, Canada, in 1865 and in 1858 was reported to have become a muffin seller in the city. Richard Watson, pictured aged 12 in 1856 on the right, was deserted by his father who had left for Australia. He went to a workhouse and then lived on the streets begging and petty thieving. He couldn’t read or write and was considered of great ignorance but, in July 1856, he sailed to Canada where he began working as a sailor on the great lakes 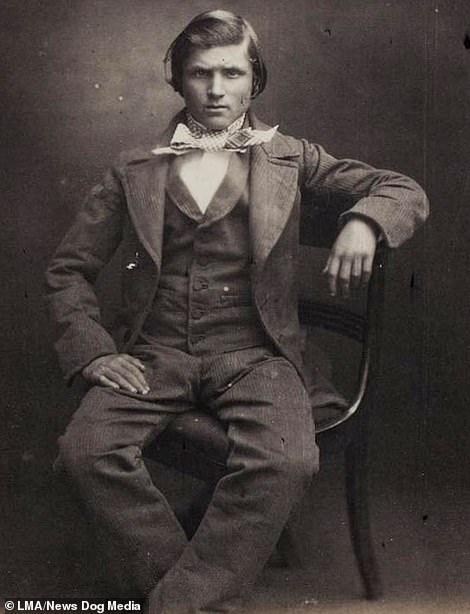 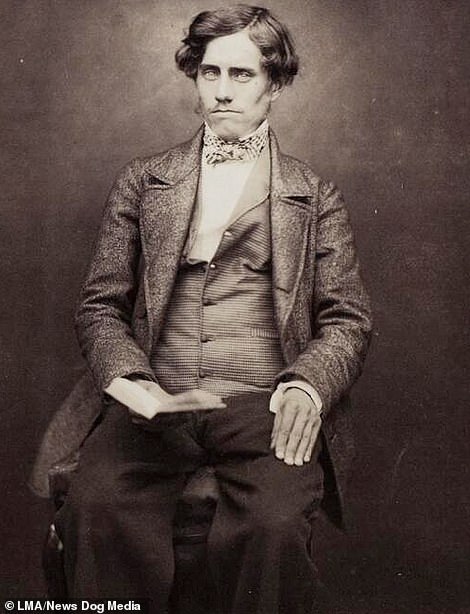 Charles Capps, pictured aged 18 in 1856 on the left, ended up on the streets after both parents died and he was discharged from his job. In 1857 he sailed from Bristol to Canada where he got a job on a farm before joining a brewers. John Ward, from Hull in Yorkshire, is pictured aged 28 in 1856 on the right, was well-educated and apprenticed to a good firm. But, after becoming a drunkard he was sacked. John then became a clerk in a shipping house, but the firm collapsed, and then a tide-waiter in Hull before being sacked. He was imprisoned in Shrewsbury for a year after forging an order for six-pence before being found in Field Lane Night Refuge. In August 1856 he was sent to Hamilton, Canada, where he changed his ways and eventually found work with a builder in Toronto 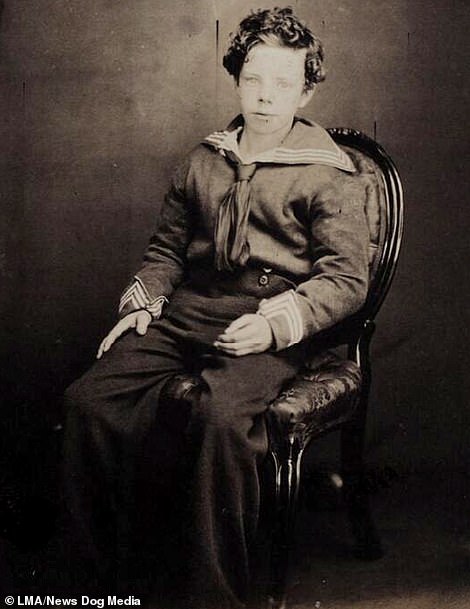 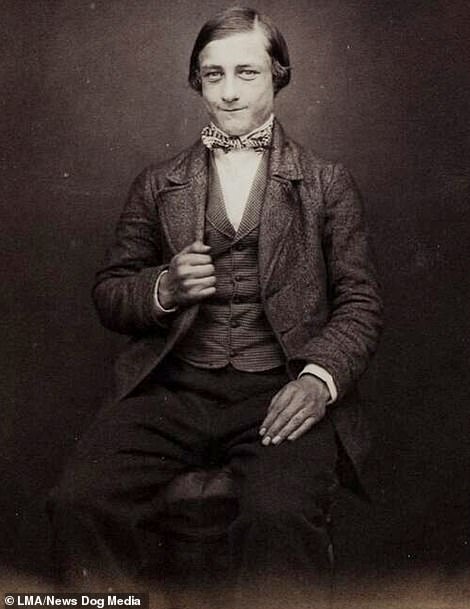 James Henry, pictured aged 14 in 1856 on the left, was out of work and on the streets when he was picked up by the Ragged School. He had been working in a painting office beforehand. His father was dead and his mother was in St Giles workhouse. In September 1856 he went from Liverpool to Bombay, modern-day Mumbai, in India after he was apprenticed on a ship. In 1858 he wrote to the movement to say that he was doing well and liked his new job. Ebeneser David, pictured aged 17 in 1856 on the right, was found in Lambeth workhouse after being separated from his parents. He had been jailed three times and was described as quarrelsome, untruthful and a nuisance. He sailed to Canada in 1856 and found work on a farm near Kingston 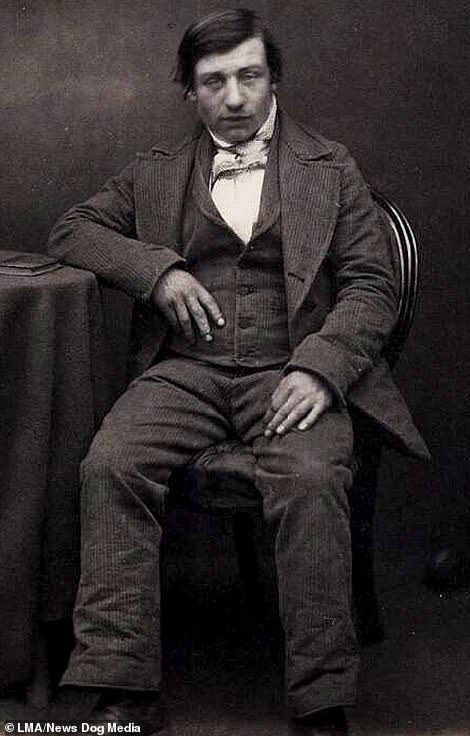 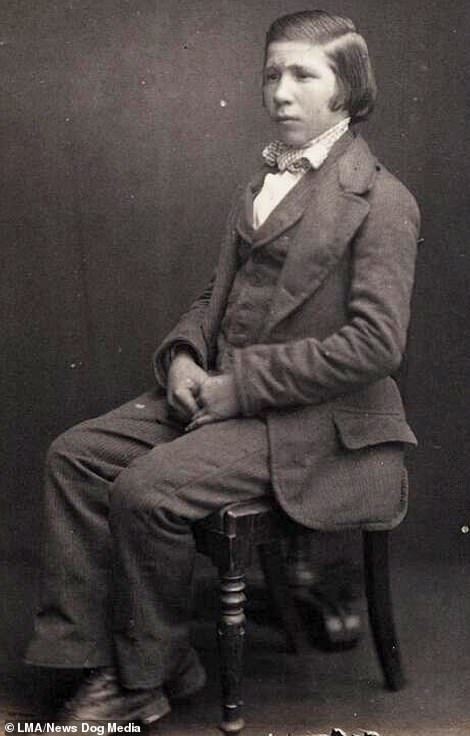 John Farrel, pictured aged 19 in 1856 on the left, was sent to Canada after being an orphan for 15 years. He had been in the workhouse and was apprenticed to a tailor who was a drunkard and cruel to him. Charles Stevenson, pictured aged 15 in 1856 on the right, was taken to London by his father from Lincoln and left on the streets after his mother died. He was sent to Canada in 1857 where he found work near Toronto 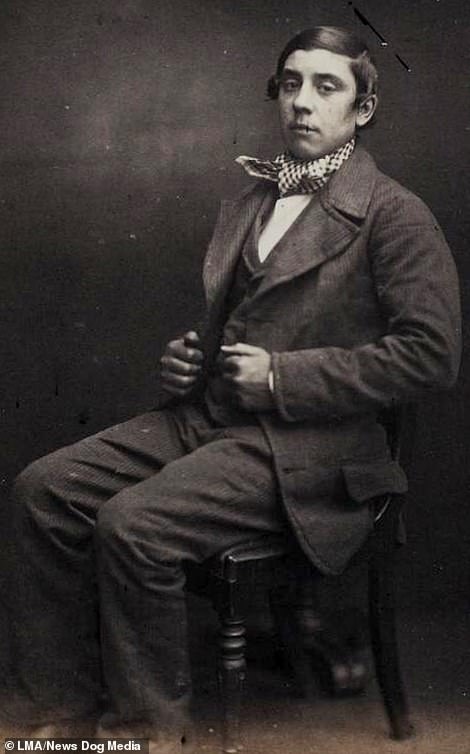 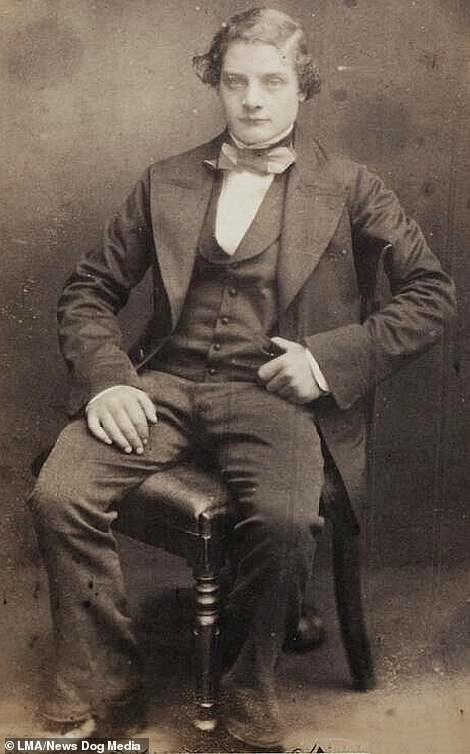 Charles Holloway, pictured aged 17 in 1856 on the left, was an invalid living in St Giles workhouse, London. He had worked in a butcher’s but, after losing his job, was sent to Canada in 1857, where he again found work as a butcher. Edward Payne, from Southampton, pictured in 1855 on the right. He had travelled to London in a bid to find his uncle but, after failing to find him, ended up sleeping rough and in great destitution. He was taken into the Ragged School and sent to Canada in 1857 where he started working as a gardener before becoming a teacher

Check this out  You're too scared of an election to bring down Boris Johnson, Jacob Rees-Mogg tells Remainer rabble 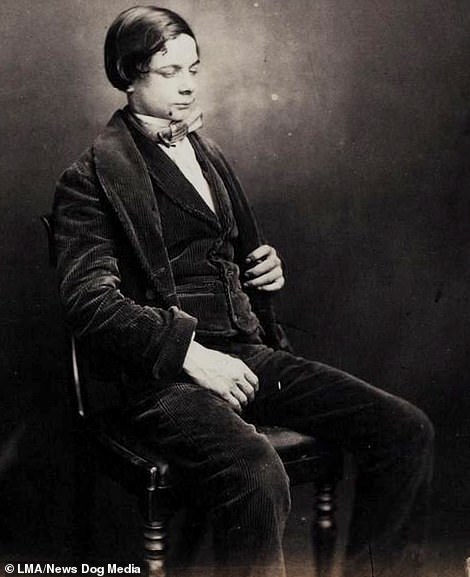 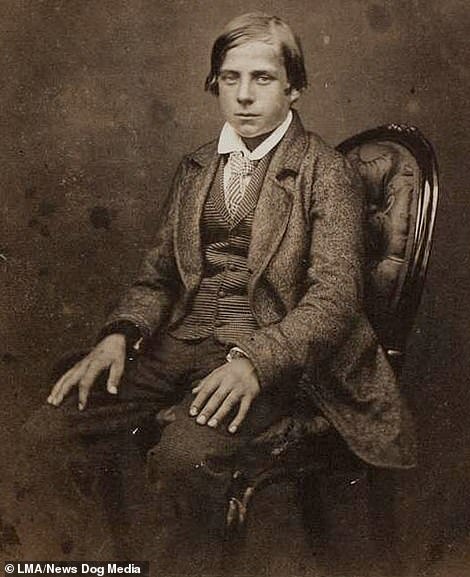 Thomas Healey, pictured aged 16 in 1856 on the left, had worked as an errand boy for the Queen’s theatre but with no home or decent clothing he subsisted by holding horses and carrying parcels. He went back to his mother but in May 1857 he left due to her ‘drunkeness’. He was readmitted to the Ragged School and in July sailed for Canada where he reportedly ‘did well after finding work’. George Crockett, pictured aged 14 in 1855 on the right, lived on the streets after being dismissed from his job as a cork-cutter for continuous quarrels. In 1856 he sailed to Quebec and fell ill. After attending the Royal Hospital in Quebec, however, he impressed surgeons so much that they asked him to work for them 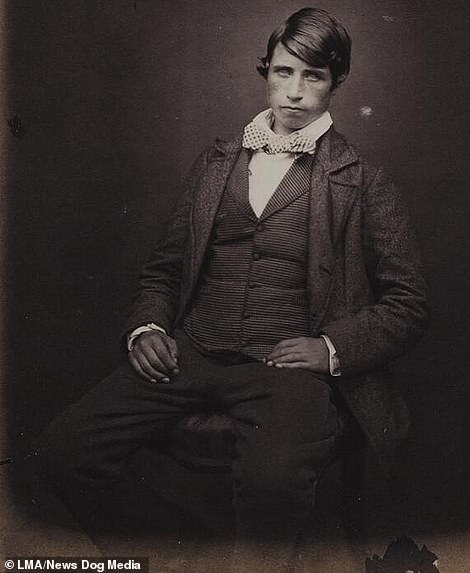 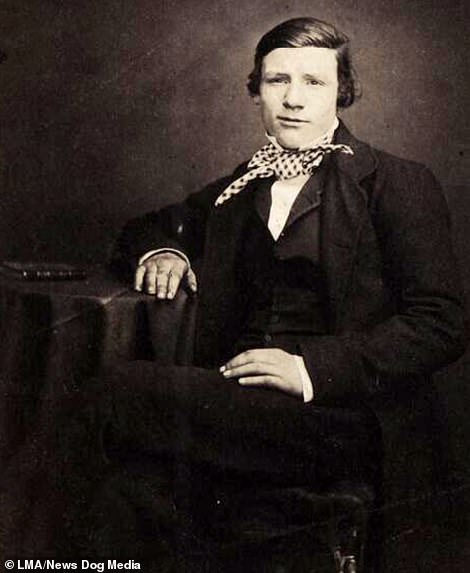 John Ragan, pictured aged 17 in 1856 on the left, moved to London with his sister from County Cork, Ireland, after his parents died. They subsisted on chance earnings and slept in stairs and doorways before he was taken into the Ragged School. He was sent to Kingston, Canada, but while working cut his leg with a hatchet. The limb was amputated to stop an infection but he later died. Robert Maudley, pictured aged 18 in 1855 on the right, was deserted by his parents as a youngster. He worked as a shoe-maker where he was cruelly used and ran away repeatedly. In April 1856 he was sent from London to Canada where he found work in Toronto. The final report says he was ‘doing well’ 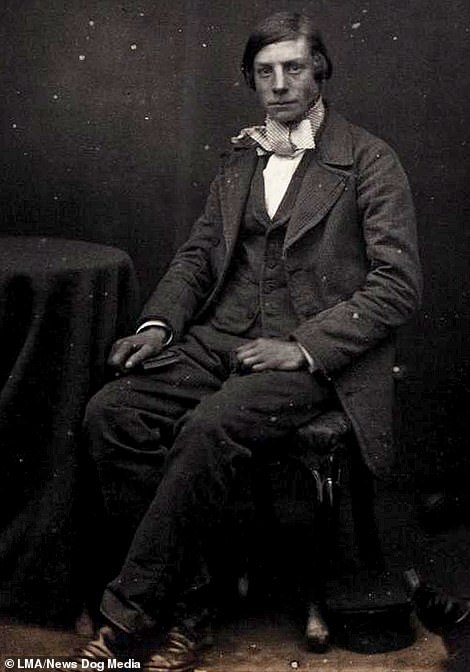 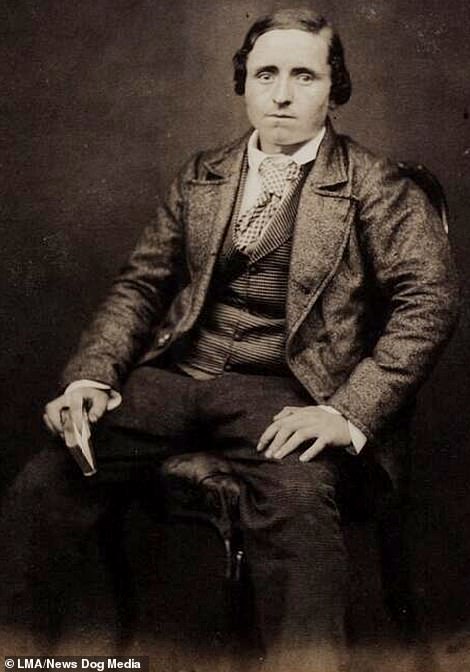 William Ashmore, pictured aged 17 in 1856 on the left, had been living on the streets as an orphan for many years. He was once sent to sea but was ‘ruptured’ so was unable to work as a sailor. In 1857 he was sent to Canada where he became much improved mentally and physically. Elijah Shell, pictured aged 17 in 1856 on the right, lived with his mother in Stratford and made a living out of caning chairs. He was in ‘great destitution’ and was sent to Canada in 1856 where he found work as a farmer

Check this out  Rosie Huntington-Whiteley, 31, supports fiance Jason Statham, 51, ahead of LA premiere of The Meg 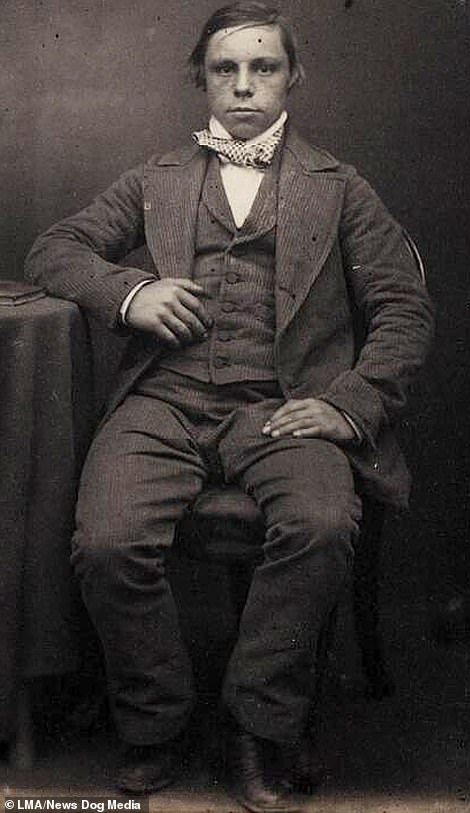 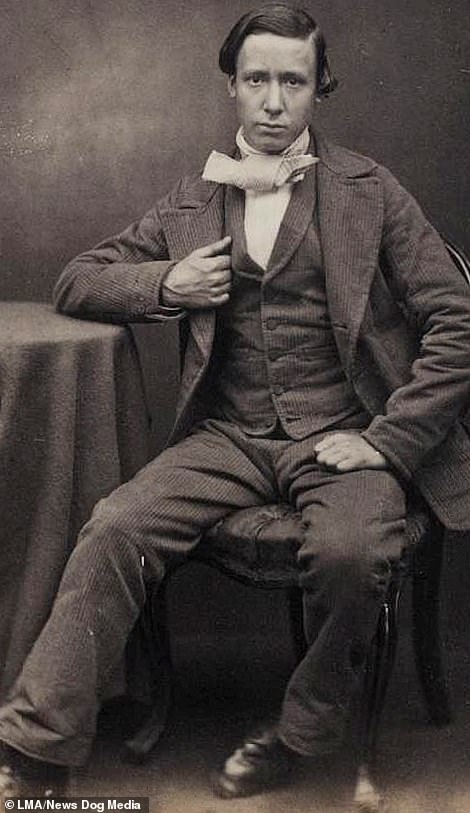 Thomas Clarke, pictured aged 18 in 1856 on the left, had been living on the street for months and made a living by making and selling clothes horses. After he quarrelled with his employer however he was dismissed without wages. In revenge, he broke into their shop and stole tools which led to him being jailed for three months. In 1857 he was sent to Canada where he struggled to find work but was said to have ‘improved’. George Morrel, pictured aged 17 in 1856 on the right, had lived in great poverty. In 1857 the movement sent him to Canada where he became a saddler in Toronto, and became both trusted and respected 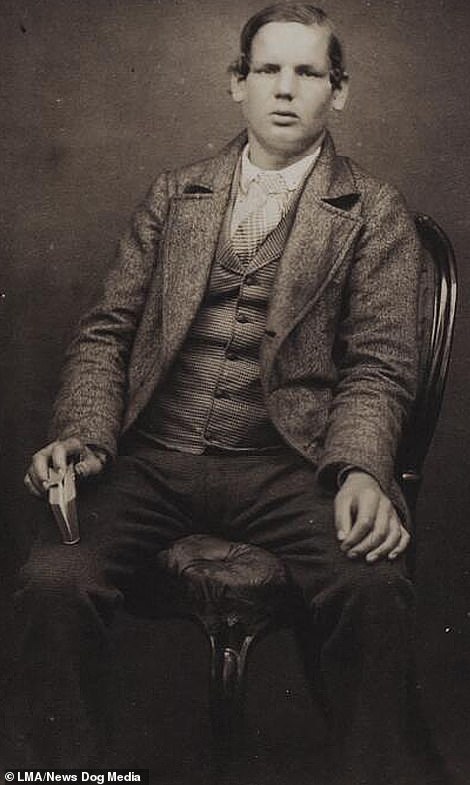 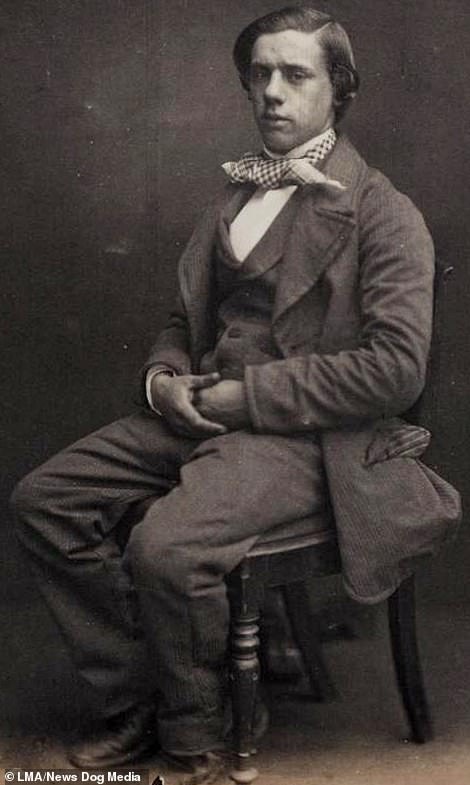 Henry Harris, pictured aged 17 in 1856 on the left, was orphaned and lived in a workhouse in West Ham for seven years. He tried to gain a living by caning chairs but was left homeless. In 1856 he sailed for Canada where notes read that he proved himself to be ‘honest and hard-working’. William Hoare, pictured aged 18 in 1856 on the right, was deserted by his father and his mother died in St Giles workhouse and was found on the streets after he lost his job at a soda water factory when his brother was sent to prison for embezzlement. In 1857 he sailed for Bristol to Canada, working his passage, and found work as a farmer 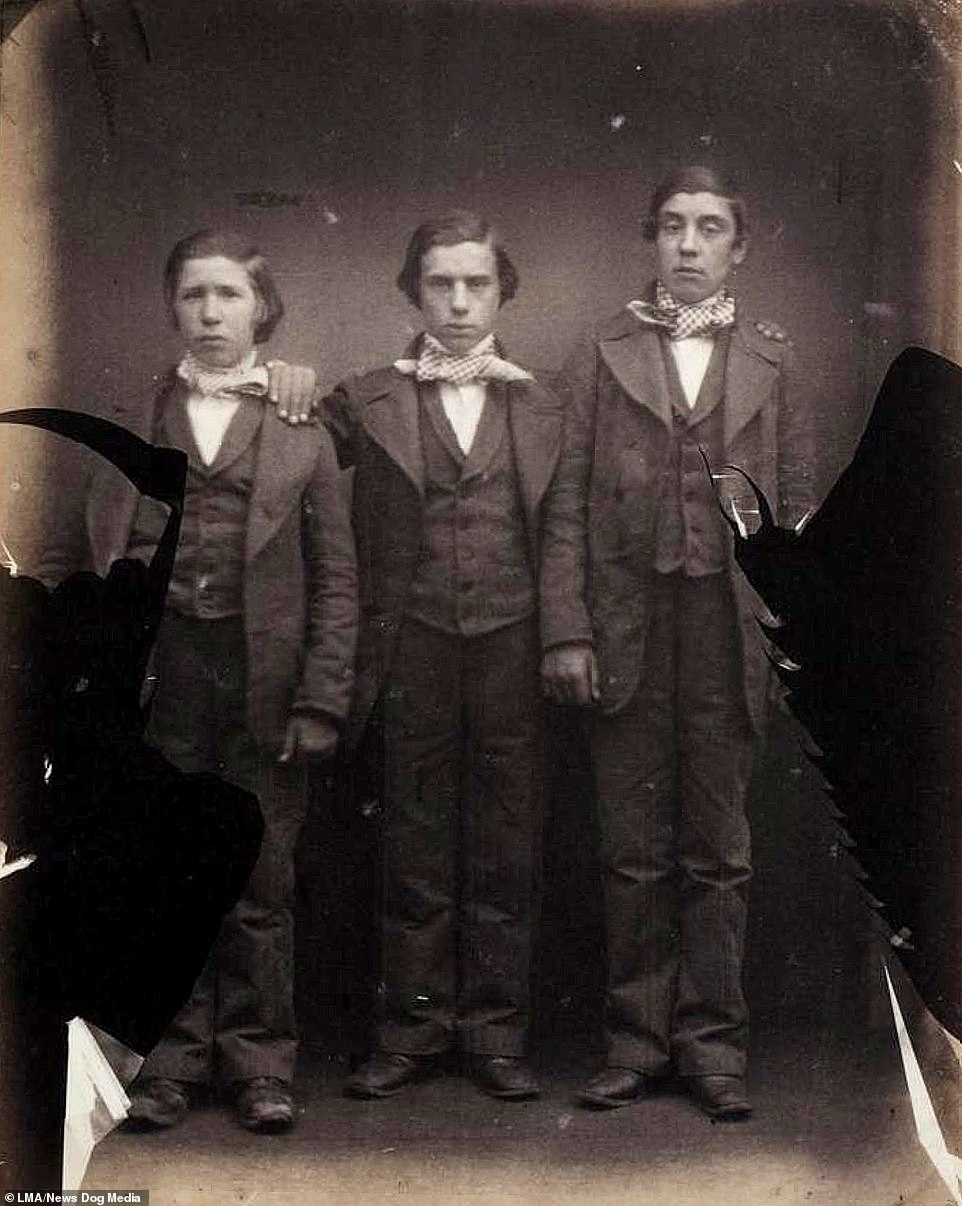 (From left to right) Charles Stevenson, who found work near Toronto, William Hoare, who became a farmer in Canada, and Charles Holloway, who found work as a butcher in Canada. They are pictured together in 1856 before emigrating to Canada 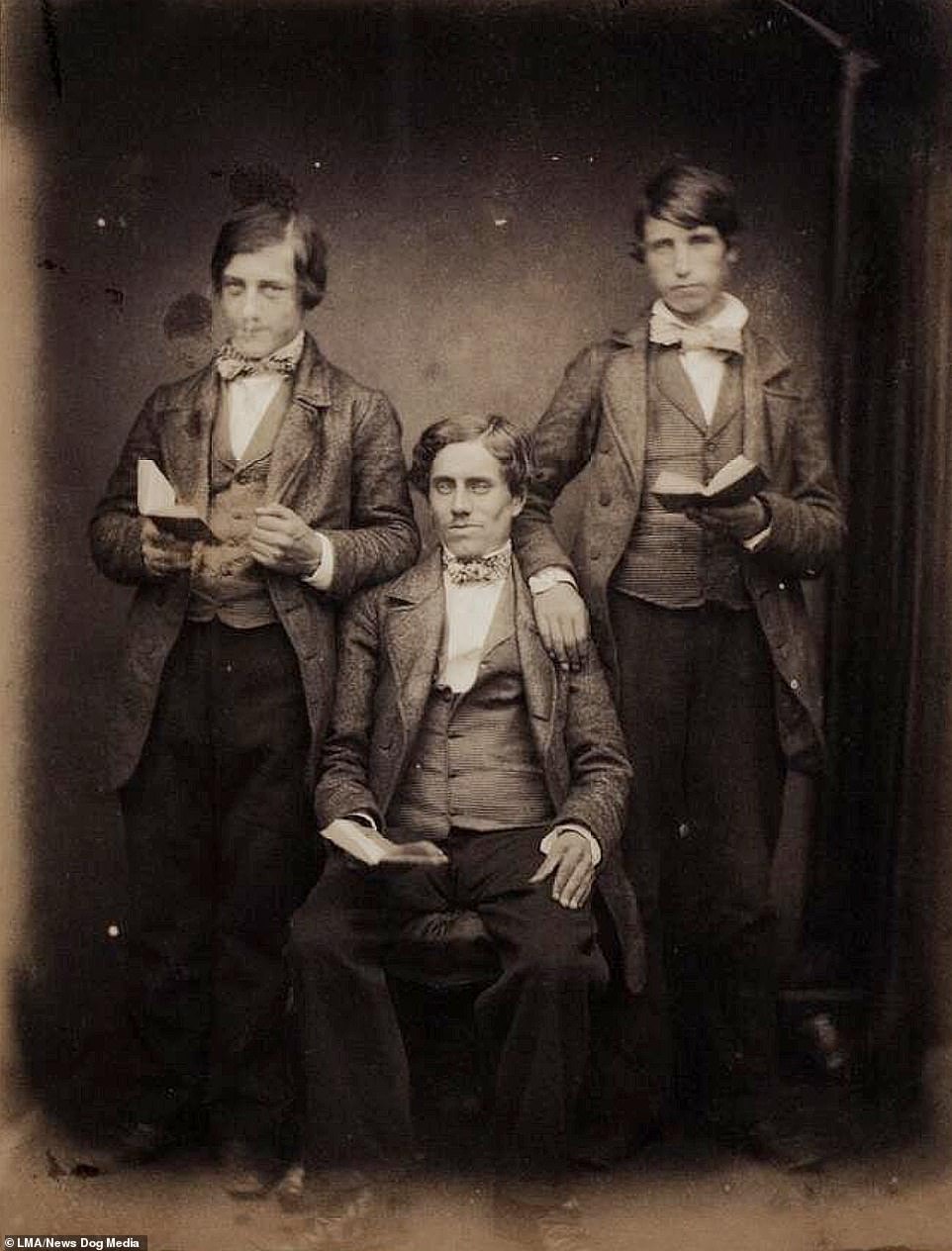 (From left to right) Unknown on the left, John Ward, who became a builder in Toronto after ending up on the streets because he was a drunk, and John Ragan, who died after emigrating to Kingston, Canada. He had an accident with a hatchet that cut into his leg. The limb was amputated but John later died. The trio are pictured together in 1856 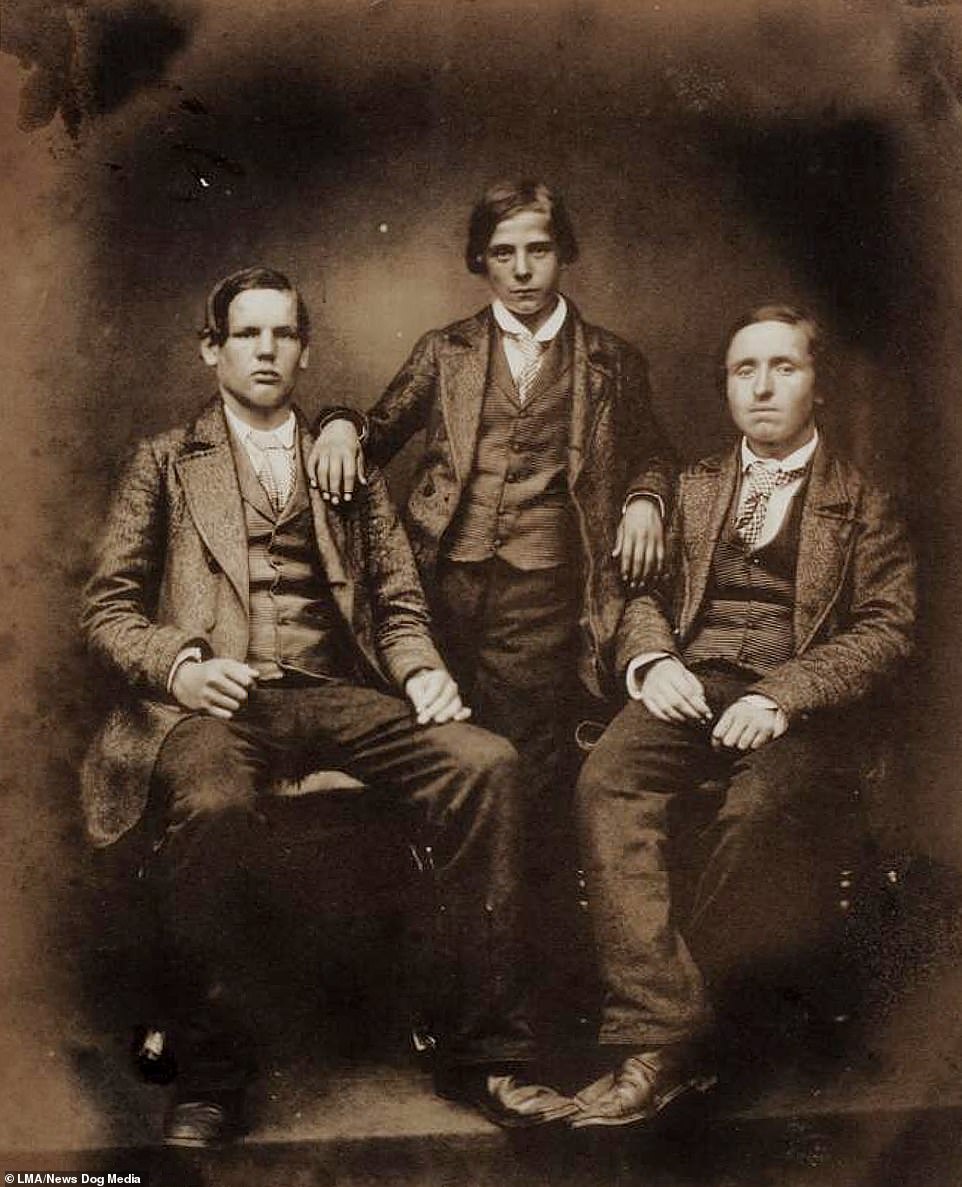 (From left to right) Henry Harris, who proved himself honest and hardworking after moving to Canada according to his notes, George Crockett, who sailed to Quebec and, after being checked into the hospital there, impressed surgeons so much that they employed him, and Elijah Shell, who became a farmer in Canada. They are photographed together in 1856

Frank Skinner: ‘I’m all for a bit of moral menace’