Extinction Rebellion is aiming to scoop the coveted Christmas number one slot with its debut song about climate change.

The protest group has teamed up with four-man rock band The Jade Assembly to produce ‘Time for Change’ which urges listeners to ‘act now’ on climate change ‘before we’re all dead’.

The track’s video features footage from XR protests across the globe over the past six months, with a prominent focus on London.

The three-minute video starts with words flashing up reading ‘this is not a drill’ and ‘act now’.

A mock news report then appears on a television which says: ‘Breaking news, government declares: “Everything is fine”.’

It then shows a doctored video of former Prime Minister Theresa May addressing the commons with a ‘breaking news’ banner underneath with the words: ‘Government agrees to do absolutely nothing to avert environmental catastrophe.’

Mrs May can then be seen wearing a white pollution mask as two members of the cabinet behind her wear gas masks.

Various mock clips are then shown, including a flooded Downing Street and the houses of commons set on fire.

Footage from various protests then appear, including protestors being arrested by police. 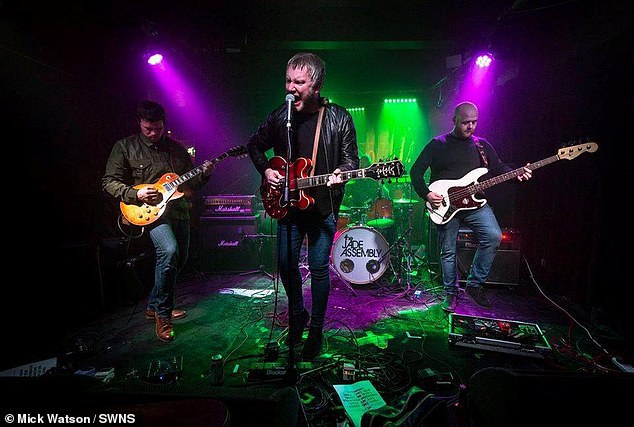 During Extinction Rebellion’s ten-day autumn uprising, 1,832 people were arrested and more than 150 were charged for offences.

In the group’s April protests activists glued themselves to DLR trains and broke windows at Shell’s London headquarters. More than 1,100 people were arrested.

Lead vocalist John Foster sings: ‘So whether you’re a lucky man, a banker or a broken man, I’m standing here for everyone whose never too afraid to say – we need you now, we need voices.

‘A time to look ahead and now a time before we’re all dead, come on, it’s time for a change.

The Jade Assembly wrote the song in response to the UK government’s reaction to climate change.

The band’s manager Mick Watson sent the song to Gail Bradbrook, one of the group’s founders, who commissioned the Extinction Rebellion art department to create the music video with protest footage alongside the band in October. 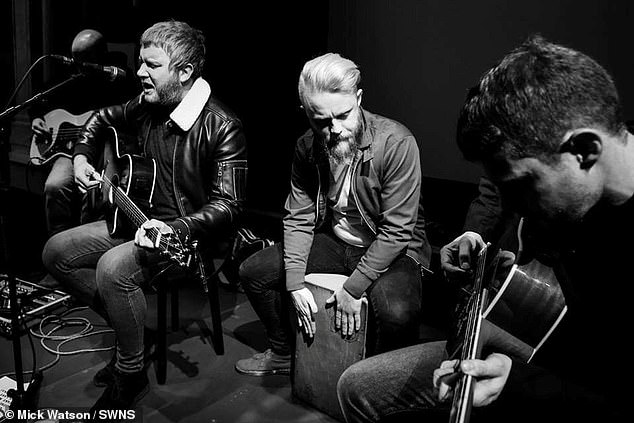 The Jade Assembly (pictured), from Bolton, Lancashire, hit the music scene in 2016. ‘Time for Change’ is due to be released at the start of December

Mr Watson said: ‘The Jade Assembly have always been passionate about the climate crisis and they penned this song out of frustration with the speed and the way our politicians dealt with the crisis.

‘The song is a swipe at the politicians and a plea to other people to “come on” board as the chorus says.

‘I sent it to Gail a month ago and straight away she agreed that its an anthem for them, she thinks it’s amazing, and she immediately got some footage together for the video.

‘The best impact for us is for people to hear the song and watch the video and then think about the last 20 years on Earth and the speed in which floods, tidal waves and earthquakes have picked up.

‘This is a climate emergency and we want to use our musical message to let people know these are serious times and we need to address this situation before it’s too late.’

The Jade Assembly, from Bolton, Lancashire, hit the music scene in 2016.

‘Time for Change’ is due to be released at the start of December.

The song will appear on their debut album ‘Rock n Roll Nearly Killed Me’ which is due for release in March 2020 and features a collaboration with UB40 saxophonist Brian Travers.

How much did the Met Police spend in Extinction Rebellion protests?

Policing the autumn Extinction Rebellion protests has so far cost the Met £24 million – and the bill is set to rise by several million, before any potential compensation payouts.

Thousands of front line officers were moved away from their normal duties and deployed in central London during the two-week period, with the average length of the 21,000 shifts covered being 12.5 hours.

The demonstrations between October 5 and 16 saw 7,929 Met officers deployed, plus another 1,000 sent from 35 outside forces under the mutual aid system. 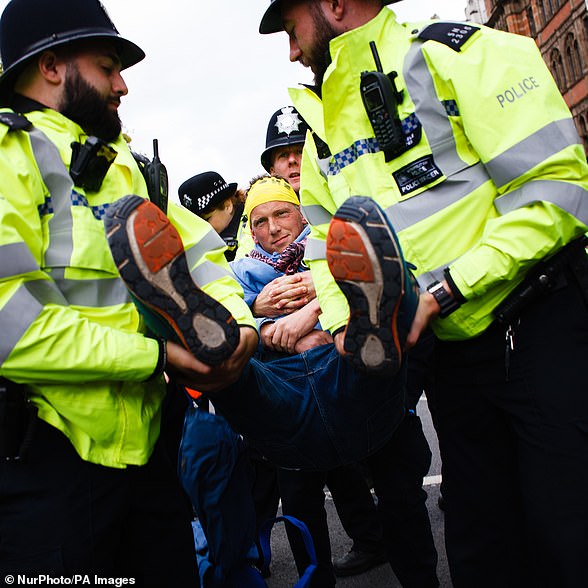 Frontline teams were moved from eight or 10 hour shift patterns to 12, allowing officers to be “abstracted” from their normal rotas to work on the protests.

The force said that it had to move 3,695 officers to backfill frontline response teams to stop them falling below minimum strength as the protests took place.

So far this year, the force has spent £16 million policing XR protest action in April and £24 million and counting on the Autumn Uprising.

In comparison, the annual budget for the Violent Crime Taskforce is £15 million.

The force will apply to the Home Office to ask it to cover the bill for policing the XR protests.

Assistant Commissioner Nick Ephgrave refused to criticise the decision to use public order legislation to effectively ban the Autumn Uprising protests in central London, now found to be unlawful.

He said: “We would not and cannot ban protest. The condition at the centre of this ruling was specific to this particular protest, in the particular circumstances at the time.

“There is no criticism from me of the decision to impose the condition, which was made with good intent and based upon the circumstances confronting the command team at the time.

“It did in fact result in the reduction of the disruption. Nevertheless, this case highlights that policing demonstrations like these, within the existing legal framework, can be challenging.”