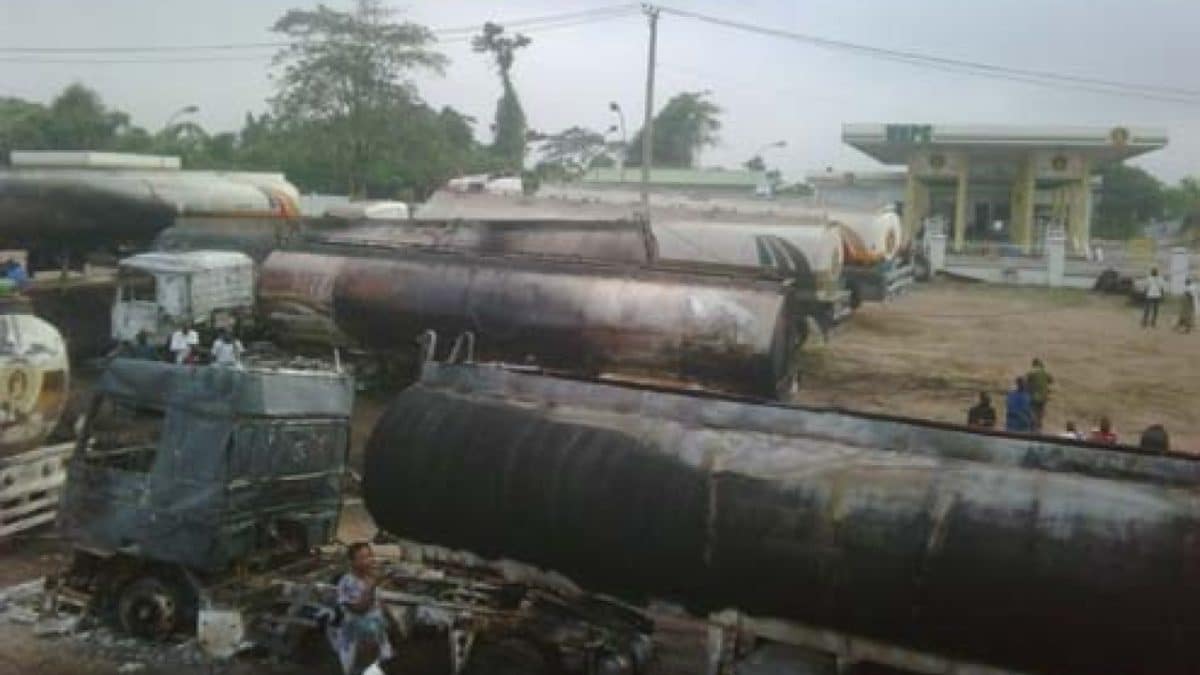 The Apata Ibadan depot of the Nigeria National Petroleum Corporation on Wednesday was gutted by fire.

The incident, according to an official of the NNPC, occurred in the loading section of the depot.

No official statement yet on the casualty as at the time of filing this report.

Men of the state fire service were battling hard to put off the fire as at the time of this report.

DAILY POST gathered that the depot was two years ago reopened for operation after years of neglect.

The reopening of the depot was part of the turn around maintenance of the government to ease fuel loading and distribution.

Check this out  MASSOB never begged Uwazuruike for forgiveness

The then NNPC Group Managing Director, Maikanti Baru, said that President Muhammadu Buhari was concerned about ease of fuel distribution and supply to every part of the company, which he said informed his commitment to upgrading of storage facilities across Nigeria.

He stated that the reopening of the depot would ease the stress of transporting fuel from Lagos to Ibadan.