By James Gant For Mailonline

Tributes have been paid to former NBA and GB basketball star Robert Archibald, who has died ‘unexpectedly’ aged 39.

Born in Paisley, he became the first and only person from Scotland to have played in the NBA in the US.

He played as power forward and centre for the Memphis Grizzlies, Phoenix Suns, Orlando Magic and Toronto Raptors. 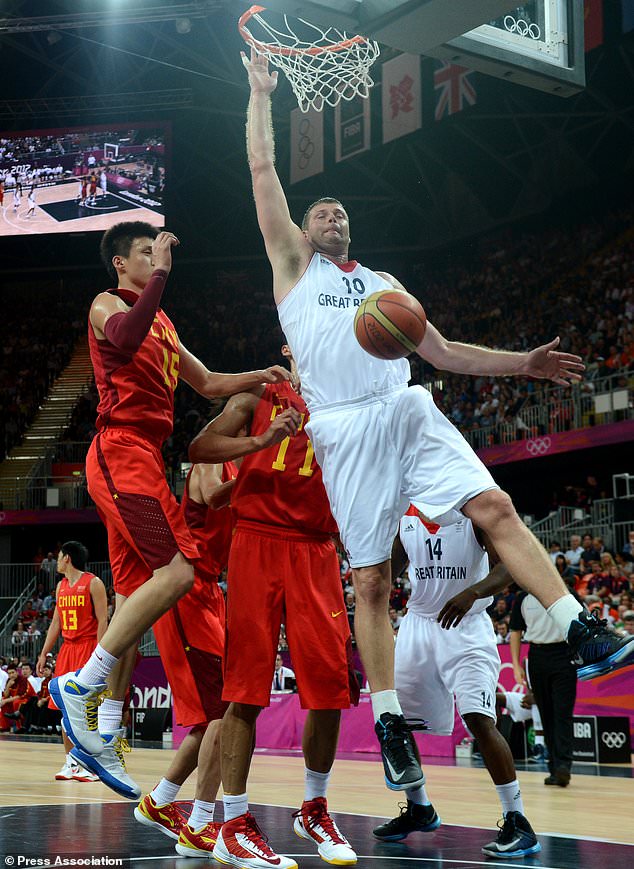 Robert Archibald and China´s Peng Zhou in action during 2012 Olympics. Born in Paisley, Archibald became the first and only person from Scotland to have played in the NBA in the US

Archibald began playing with Dunfermline Reign before he moved across the Atlantic to pursue his career.

He was drafted to the NBA in 2002 after four years at the University of Illinois.

Internationally, he represented Scotland throughout his teenage years before joining the GB team in 2007.

He went on to feature at three major international tournaments, including EuroBasket 2009, EuroBasket 2011 and London Olympics 2012 – one of only three Scots to play basketball at an Olympic games.

His father Bobby captained Scotland and GB in the 1980s.

Kevin Pringle, chief executive of basketballscotland said: ‘The news of Robert’s death is a complete shock to us all.

‘He was a wonderful man and a great friend, as well as being a trailblazer and an inspiration to others.

‘Robert loved the sport and demonstrated what can be achieved through hard work and the right attitude.

‘Throughout his extraordinary career he always played with pride and determination, and was always a credit to his country, whether representing Scotland or GB at home or abroad.

‘The basketball community has lost a great role model and a true friend, and the thoughts of the whole community are with his family at this difficult time.