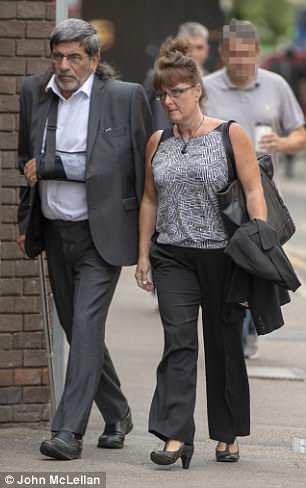 As a benefits fraud investigator, Alexandra Stevens had been trained in how to spot bogus claims.

But that didn’t deter her from turning to fraud herself.

The 49-year-old is facing an uncertain future after being convicted of helping her husband to fraudulently claim £29,000 in handouts.

She was found guilty of providing the Department for Work and Pensions (DWP), for whom she worked as a fraud investigator, with dishonest information on a claim form she filled in for her husband Paul, 70. He, too, was convicted of benefits fraud.

He was said to be in constant pain, which had got worse over the years, and to need crutches to get around.

It was also claimed that Mr Stevens could walk only 40 to 60 yards at a time after suffering severe back pain for 20 years.

But when confronted over his benefits claims, the pensioner admitted he had walked up to 1,000 yards on some occasions.

And photographs and video footage shown to the jury were said to paint a different picture.

One showed Mr Stevens on a zip wire in a children’s play park. Another showed him up a tree pruning it with a saw. And a video clip showed him kneeling doing some gardening.

Another photograph found at the couple’s home showed him ‘frolicking’ in the sea. 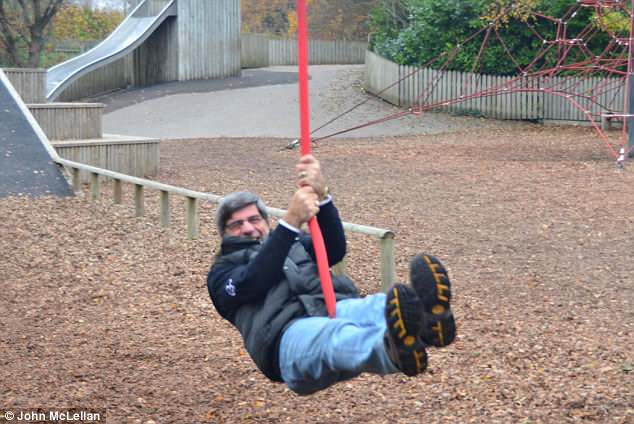 Mr Stevens was said to be in constant pain and to need crutches to get around, but the jury saw a photograph of him on a zip wire in a children’s play park

Check this out  British woman, 18, tells police she was raped in Magaluf - but she can't remember where it happened

Mr Stevens had painkillers for his condition. But when investigators raided the couple’s home in Clacton-on-Sea, Essex, in November 2016 they found unused stocks of painkilling drugs.

John Livingstone, prosecuting, said: ‘He (Mr Stevens) never reported to the DWP any changes in circumstances. His wife, has quite frankly, assisted him in his criminality.’

Before she joined the Essex North DWP investigation team in November 2015, Mrs Stevens worked in a similar capacity for Tendring District Council in Essex, focusing on housing and council tax fraud. She was sacked by the DWP last July. 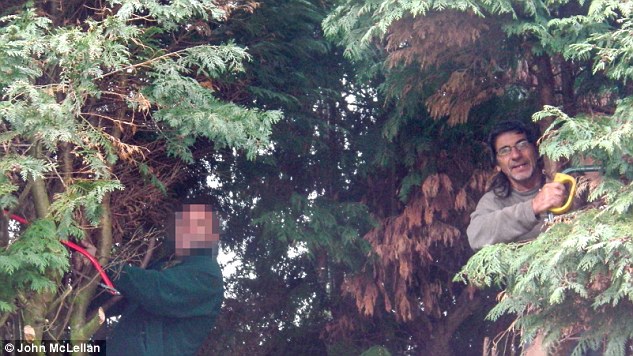 It was also claimed that Mr Stevens could walk only 40-60 yards at a time after suffering severe back pain for 20 years, but a photograph showed him up a tree pruning it with a saw

Mrs Stevens, who married her husband in 2006, told the court she had put in his forms what he had told her – and filled them in because she had neater handwriting than him. She said she did not think that she had put anything dishonest or inaccurate in the forms.

She was convicted of one charge of dishonest representation to obtain benefit but cleared of another similar offence.

Both had pleaded not guilty to all charges. They will be sentenced next month.