A 17-year-old girl was killed after crashing into the back of a car that had slowed to avoid a giant pothole, despite council officials ordering it to be fixed just hours before.

Chelsie Rose died when she collided with the back of a slow-moving vehicle and fell into the path of an oncoming car on a country road.

Her grieving mother has said how ‘life will never be the same’ following the tragic events and that she ‘will always remember and feel the pain of what might have been’.

It heard how Ms Rose had been travelling along Boughton Fair Lane in Northampton on her motorbike when the crash occurred on March 13. 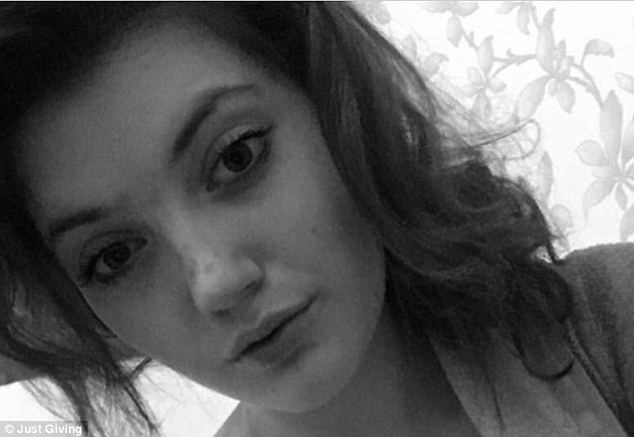 Chelsie Rose (pictured), 17, died in a tragic crash while travelling along Boughton Fair Lane in Northampton on March 13. She ploughed into a car that had slowed to avoid a giant pothole

A silver car had stopped to navigate a large pothole in the centre of the road, which council officials had ordered to be fixed just hours earlier.

She then smashed into the back of a red Vauxhall Corsa that had also been forced to slow down as a result – before being thrown into the path of another car.

Emergency services rushed to the scene but Chelsie was pronounced dead a short time later.

Northamptonshire senior coroner Anne Pember said: ‘I find it sad that had the pothole not been present there would have been no reason for the initial motorists to slow down.

‘Chelsie was riding her motorbike doing what she loved.

‘Sadly, it seems that she did not slow her motorbike and she collided with the rear of the car in front of her and fell into the path of another car.’ The crash took place along Boughton Fair Lane in Northampton (pictured). Council officials had ordered a giant pothole to be fixed along the route just hours before the tragic events unfolded

The inquest heard how highway inspectors had even visited the pothole that day where they marked it as ‘category one’ and ordered for it to be fixed within five days.

The 60cm (23ins)-wide 6cm (2ins)-deep hole was then filled in the same night as the crash under police orders.

Chelsie’s mum Hazel asked network manager of Northamptonshire Highways Martin Sockett why the pothole had not been repaired sooner.

Mum’s heartbreaking tribute to her daughter

Chelsie the teenager was transforming into Chelsie the beautiful young lady.

We will always remember and feel the pain of what might have been.

We are so proud of what she had achieved in her short life.

He replied: ‘If we had to attend to every pothole that was between 50 to 60cm it would be a tremendous strain.’

A witness to the crash said he had been a passenger in a red Vauxhall Corsa when they saw a silver car ahead of them indicate and come to a stop.

In a statement read out by the coroner, he said: ‘We slowed down to about 5mph and couldn’t see why they had stopped.

‘Suddenly I heard a loud bang behind us. Out of the corner of my eye, I saw something black fly through the air and land in the road.

‘It was almost immediately hit by white car travelling the other direction.’

But the passengers soon realised that it was a young woman who had come off her motorbike and they phoned an ambulance.

The coroner recorded a verdict of accidental death.

A Just Giving page has been set up to raise funds for the family of the young girl.

Becky Bissaker, who set up the page in June, said: ‘Am raising money for the family of Chelsie Rose.

‘No parent should have to bury their child and while there are no words to make their pain any better, hopefully any money raised can help the family to have the time they need to grieve.’