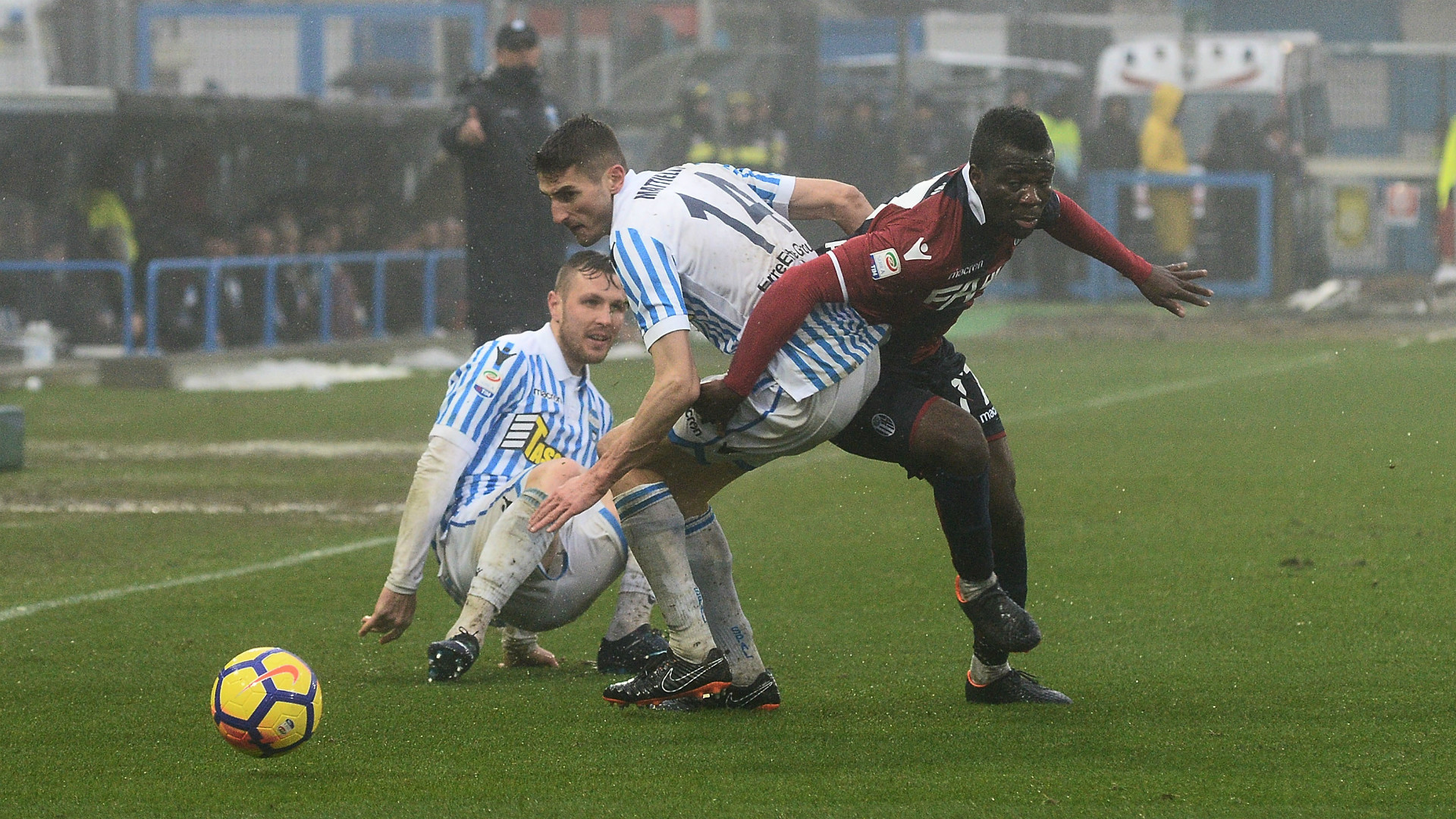 Italian Serie A club Bologna have sent Ghana international Godfred Donsah out on loan to Belgian side Cercle Brugge.

The midfielder joins the Green and Black on a season-long deal with an option for a permanent transfer at the end of the 2019-20 term.

He made only six league appearances last season, his limited game time largely due to injury troubles.

“Bologna FC 1909 reports that it has transferred to Cercle Brugge the right to the sports performances of the midfielder Godfred Donsah on a temporary basis until 30 June 2020, with an option for the final acquisition,” Bologna announced on their official website on Monday.

Check this out  Serie A: Fiorentina take annual kit changes to another level by releasing four away shirts

Once linked to Manchester City, Juventus and AS Roma, Donsah joined Bologna initially on a season-long loan from Cagliari in 2015, after which his penned a four-year contract to stay at Stadio Renato Dall’Ara.

The 23-year-old was previously also on the books of Palermo and Hellas Verona.

A fully-capped Ghana international, the midfielder, who first represented the west Africans at the 2015 Fifa U20 World Cup in New Zealand, has not been called up to the senior side since a disappointing performance on debut in a 2018 Fifa World Cup qualifier against Egypt in 2017.