The teenage girl who died from an allergic reaction to a Pret sandwich almost lost her life at just six months old and suffered several other terrifying near-misses, her grieving mother has revealed.

Natasha Ednan-Laperouse, 15, was on a dream trip to Nice with her best friend and her father when she ate a sandwich laced with sesame seeds not listed on the label.

After eating the artichoke, olive and tapenade baguette she went into anaphylactic shock and broke out in red hives. She later died in hospital 800 miles away from home on the Cote d’Azur. 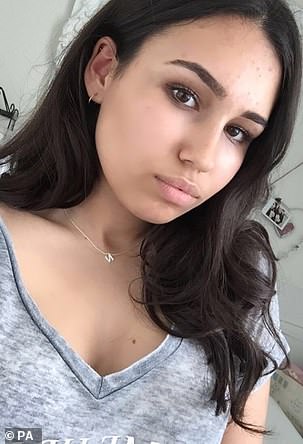 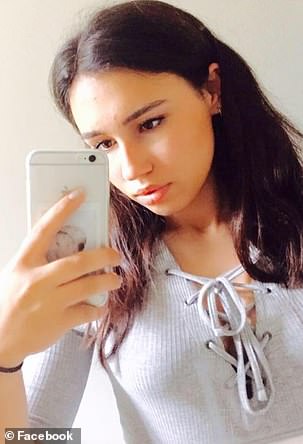 Natasha, 15 (pictured), died of a severe allergic reaction after she bought the artichoke, olive and tapenade baguette from a shop at Heathrow Terminal 5 but was feeling ill within minutes 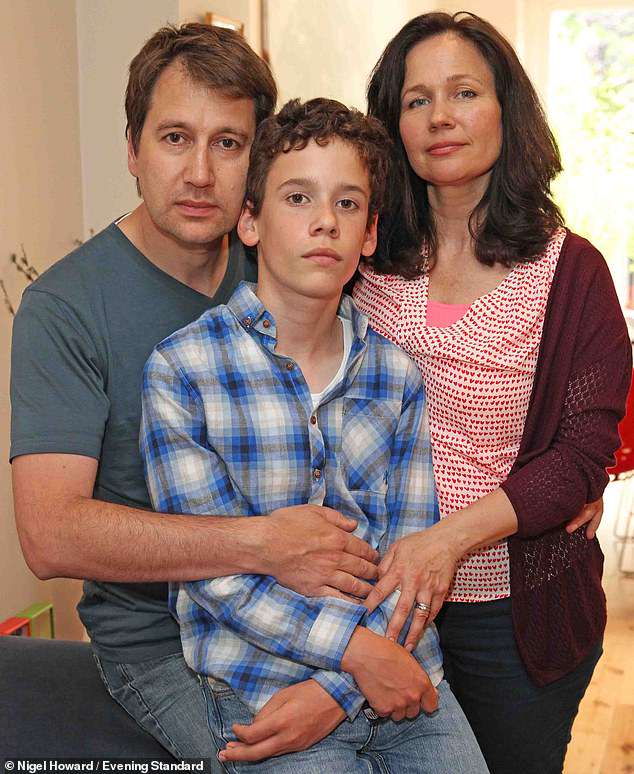 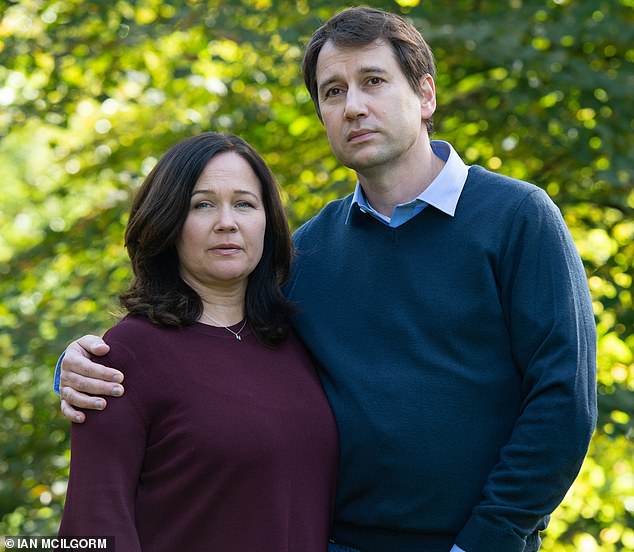 Despite no family history of allergies, Natasha had developed eczema as a tiny baby in reaction to her first immunisations, believed to have been a reaction to the traces of egg that vaccines contain.

At six months, she experienced her first serious allergic reaction after tasting a banana on holiday in Minorca.

‘She spat it out so I stopped, and she carried on crying,’ recalls Tanya. ‘It was hot and the hood was up, so I put a muslin cloth over to keep the sun off. She kept screaming and screaming as I was walking and when I lifted up the hood, her lips were swollen and distorted. Her face was like a balloon – it was shocking.

‘We rushed her to hospital but because she was so tiny and chubby they couldn’t find a vein. The fear we felt in that moment was overwhelming but she pulled through on her own.

‘That night, I slept in a bed with her and held her. What I felt then, what gave me hope, was that this little baby managed to get through it on her own. She wasn’t meant to die. She’s here for a reason. She’s a fighter, she got through it. I was in awe of this tiny baby I was just getting to know.’ 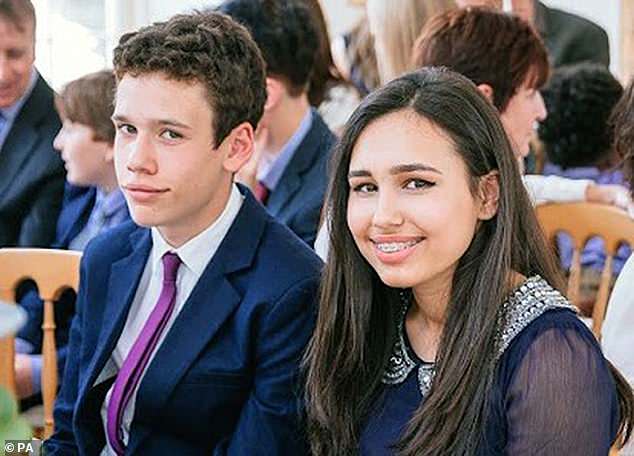 Natasha pictured with her brother Alex, who attended every day of the inquest this week

At nine months she suffered an anaphylactic reaction to a bottle of formula milk. Tests in hospital found her to be allergic to a range of foods from tree nuts to dairy and eggs, and doctors warned the family to keep her away from anything which could prove to be an allergen.

This they did scrupulously. Anything potentially dangerous was removed from the house and the couple policed her food at children’s parties.

Such was the strength of her reaction to dairy products, she became ill even in response to milk particles in the air.

No wonder they warned parents to air their homes before play dates and parties.

The family carried antihistamine piriton wherever they went, wiped down tables in cafes and took their own food with them for their eldest child. Menus were thoroughly checked on holiday, and bottles of oil in kitchens checked for evidence of peanut traces 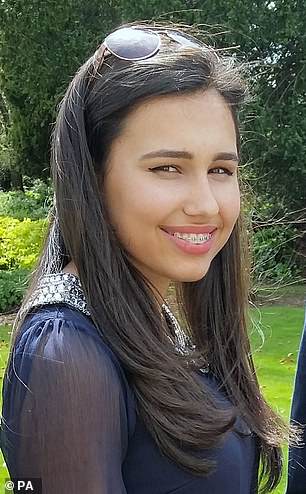 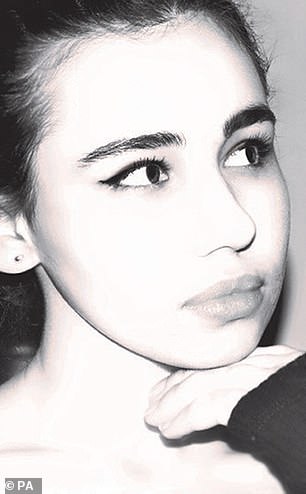 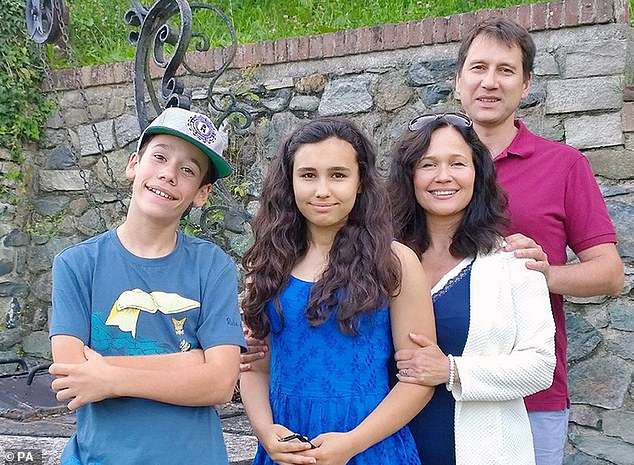 Natasha Ednan-Laperouse, from Fulham, west London, with her brother Alex and parents Nadim and Tanya

They first discovered she had an allergy to sesame when Natasha was two, and she picked up a breadstick covered in the seeds at Tanya’s mother’s house.

When she started school, Tanya was terrified – and, as it would turn out, justifiably so.

‘Tashi developed a sense for what she could and couldn’t have and was cautious with food. When they went on a school trip to London Zoo, a teacher gave her a bottle of drink that Natasha insisted wasn’t hers.

But the teacher made her drink it and she let it touch her lips. It was milk, and her face swelled up so she looked like the elephant man. A parent had mistakenly put it in Tashi’s bag.’

It is a tribute to their vigilance that she had not had an anaphylactic reaction since the age of six – the only time Tanya has had to administer an Epi-pen to her daughter.

That was after Natasha ate a biscuit on a playdate. Tanya had checked the ingredients, but she believes it must have contained traces of nut, which were not listed.

Natasha Ednan-Laperouse, 15, who was allergic to sesame, died after eating a Pret baguette that didn’t list it as an ingredient

9.50am: Natasha bought the sandwich and around developed an itchy throat arounnd three minutes later.

10.15am: After take off she took a dose of Piriton to try and counter the itchy throat.

10.45am: Natasha developed large red welts on her stomach and her father took her to the toilet and administered two EpiPens.

10.55am until 11.45am:  Doctor Pearson Jones attended to Natasha for the next 50 minutes, including CPR when she suffered a cardiac arrest while the flight was descending into Nice.

Midday: Five French paramedics attend to her while the plane is on the tarmac for around an hour. She is then transported to the local A&E department but her heart failed to properly restart.