The cost of looking cool in the cold: Guests including Wendi Deng and Stella Maxwell at Dasha Zhukova’s £6m wedding in the Alps flaunt pricey designer labels in biting temperatures

By Holly Bancroft For The Mail On Sunday

The temperatures might be bitingly cold, but if you’re invited to a £6 million society wedding in the Swiss Alps, that’s no excuse to let your fashion standards slip.

Fortunately, the guests of Dasha Zhukova – former wife of billionaire Chelsea owner Roman Abramovich – and her shipping tycoon groom have deep pockets, and took to the slopes of St Moritz in some pricey designer labels ahead of the lavish ceremony.

One of a kind: For the wedding itself, Dasha wore a custom-made Valentino gown. Similar designs for other star clients have cost anything from £60,000 to £100,000. Cost: A lot!

Check this out  Egyptian courts sentence 31 to death for killings,...

Ms Zhukova herself got a little help from her friend Stella McCartney, who created the £1,548 faux fur she wore on the slopes, while the designer herself was also in attendance, clad almost entirely in her own label.

However, for the ceremony itself on Friday, the bride opted for a custom-made gown from luxury Italian brand Valentino.

The cost of such a unique design will be a closely guarded secret, but similar dresses in the past are known to have fetched up to £100,000. 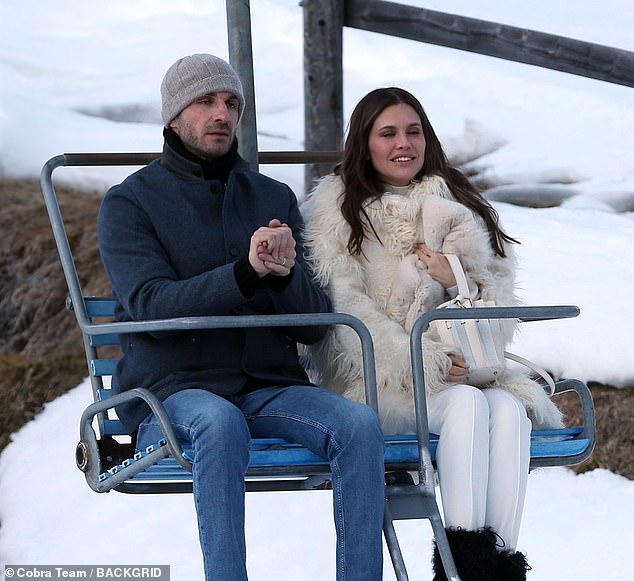 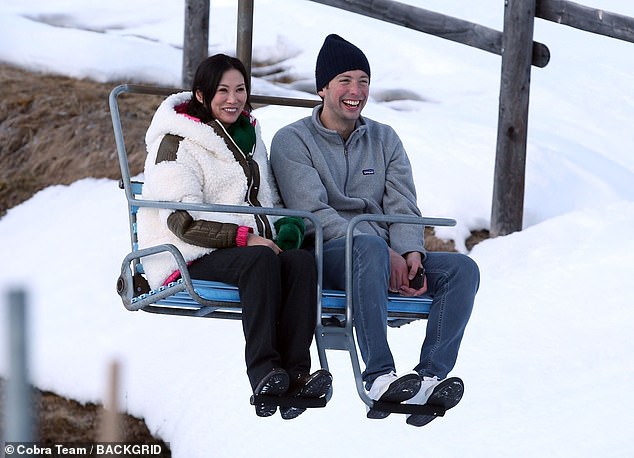 Wrap star: The ex-wife of media mogul Rupert Murdoch, with a mystery friend, wears a £3,800 shearling and leather jacket by Italian brand Tod’s

His brother Jared and his wife, President Trump’s daughter Ivanka, were rumoured to be there.

Among others spotted at the Swiss resort, where night-time temperatures have plunged to minus 18C, were Princess Beatrice and her fiance Edoardo Mapelli Mozzi, and Hollywood actress Kate Hudson.

The wedding has been described as a being ‘convenient hop’ for those heading to the Davos World Economic Forum, which starts on Tuesday.

The ceremony, held in a massive marquee, came after Ms Zhukova, 38, and Mr Niarchos, 34, officially tied the knot at a register office in Paris last October.

In comparison to other guests, model Stella Maxwell, left, was positively frugal in her £160 jacket and £180 ski trousers from activewear brand Volcom. Designer Stella McCartney, right, wore a £1,590 faux fur coat, £170 sunglasses, and a £775 bag, all from her own collection, plus £85 Moon Boots. Stella Maxwell’s total came to £340 while Stella McCartney’s clothing was worth £2,620 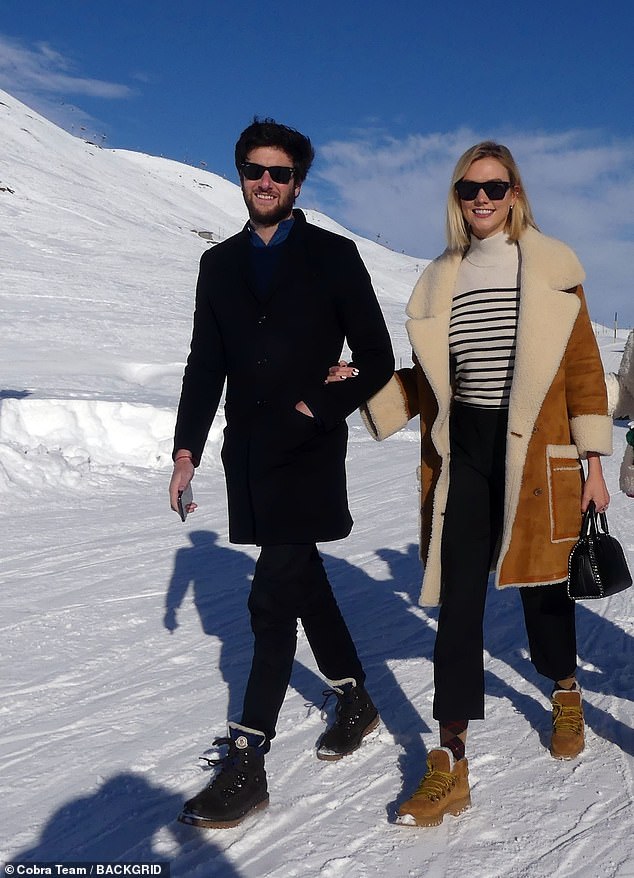 Well-connected: With her husband Joshua Kushner – whose brother Jared is Donald Trump’s son-in-law – model Karlie wore a £275 La Ligne striped sweater and £810 Stella McCartney Falabella bag. The cost of her suede coat is not known. Cost: £1,085+