Half of all schoolchildren in England don’t take part in the recommended one hour of exercise each day, poll reveals

More than half of children in England don’t get enough exercise, Sport England has warned.

Just 46.8 per cent of children aged five to 16 get the recommended hour of activity every day, the government agency said.

The figure is higher than least year (43.2 per cent) but experts say children don’t do enough exercise during school hours.

Data revealed more than two million children are not even managing 30 minutes of exercise each day.

Check this out  Married female prison officer, 34, who 'had sex with cop killer behind bars' is charged

The figures come as obesity among youngsters is rising and one in three are fat by the time they leave primary school. 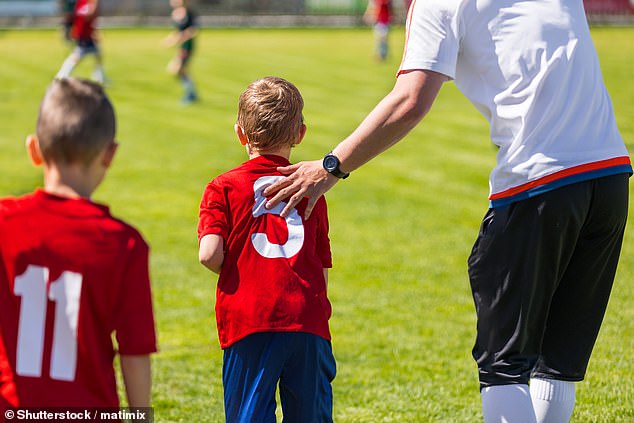 ‘While from the age of five up, boys are more active than girls at every age.

‘The survey also shows that active children are happier, more resilient and more trusting of others.

‘And it’s also shown a positive association between being active and higher levels of mental wellbeing, individual development and community development.’

Activity levels outside of school increased across all year groups compared to 12 months ago, while those in school have remained static, the study said.

Overall, the new data shows that 46.8 per cent (3.3million) of children are meeting the target of being active for 60 minutes per day on average.

Check this out  Britain's worst drivers revealed - but how does your town compare?

Meanwhile 24.2 per cent (1.7million) are fairly active but do not reach 60 minutes per day.

A further 29 per cent of children and young people (2.1million) are being physically active for less than 30 minutes a day on average.

The data also showed that boys (51 per cent) are more likely to be active than girls (43 per cent).

NHS data published in September showed that severe obesity among children leaving primary school is at a record high, while more four and five-year-olds are also obese.

In Reception class, 22.6 per cent of children are overweight or obese, which was a rise from 22.4 per cent the year before.

The Sport England report is based on survey responses from more than 130,000 children aged five to 16 in England.

HOW MUCH EXERCISE DO YOU NEED TO DO?

To stay healthy, adults aged 19 to 64 should try to be active daily and should do:

A good rule is that 1 minute of vigorous activity provides the same health benefits as 2 minutes of moderate activity.

One way to do your recommended 150 minutes of weekly physical activity is to do 30 minutes on 5 days every week.

All adults should also break up long periods of sitting with light activity.