Pasta panic: Bulldog tucking into a string of spaghetti suddenly freezes when it sticks to his head

This is the hysterical moment a British Bulldog was filmed struggling to navigate a mouthful of spaghetti into her mouth.

The pasta-loving pup Clover has difficulty slurping the pieces as they swing by her face and some stick to the top of his head at her family home in Melbourne, Australia.

She appears to have the patience of a saint and gradually make progress with drawing one pasta piece closer to her mouth. 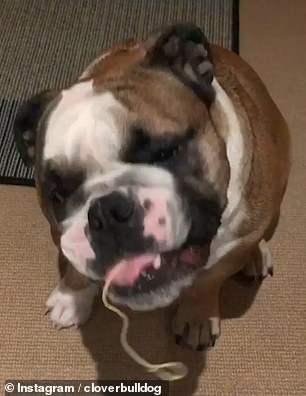 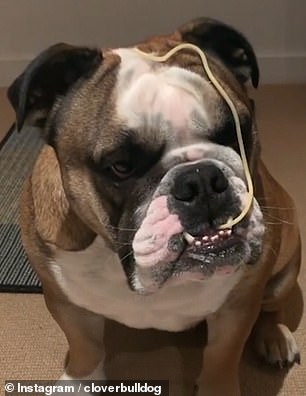 Clover the two-year-old Bulldog struggled to slurp spaghetti at her family home in Melbourne, Australia

But seconds later, the two-year-old Bulldog looks miserable as the spaghetti piece smacks on to her forehead instead.

The mottled pet freezes as though she is figuring out her next move.

She shows the white of her eyes as she looks up towards the spaghetti before hitting her head forwards to force the pasta into her mouth. 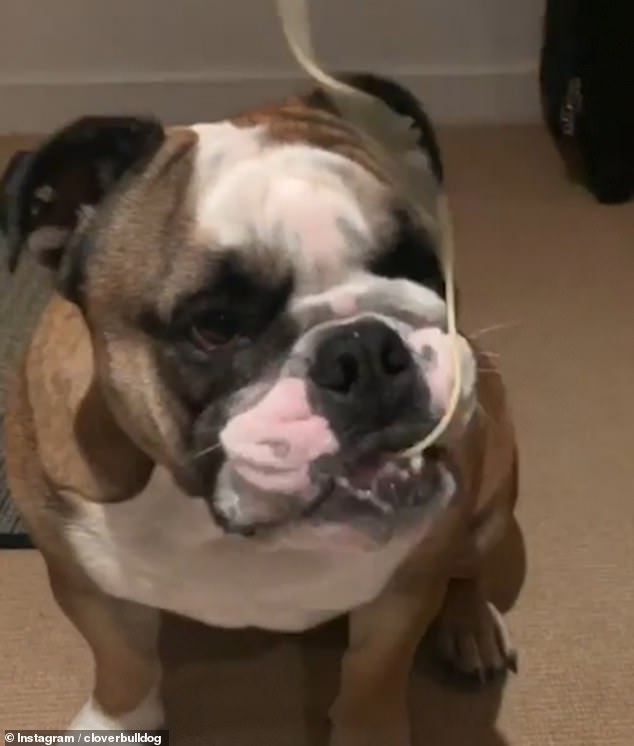 She looked far from impressed when the spaghetti refused to come close to her mouth, in the clip shared on August 16

Clover then licks the kitchen surface and picks up the pasta after a seemingly big effort, in the clip from August 16.

One of the four-legged friend’s owners said: ‘Slobbery Bulldog likes to dine al fresco with a big plate of his favorite food – spaghetti. It can get a bit messy, but who doesn’t like a big slobbery marinara kiss!’

The clip has sent the internet into meltdown with 4.4k likes and others have shared their pet’s experience with spaghetti. 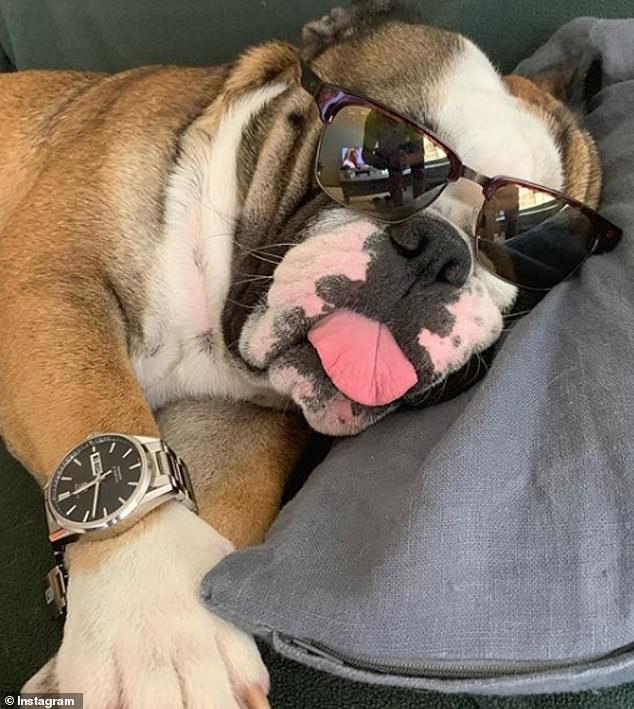 Clover hits the sack in a pair of sunglasses and wears a statement watch. His owners wrote: ‘Too cool for school’

Rebecca Burlage said: ‘Way too slow. Penny would have had the whole serving swallowed and the plate wiped clean in 58 seconds.’

This comes just days before Clover had TPLO surgery which is performed on dogs to stifle joint after ruptures of the cranial cruciate ligament.

She enjoys snuggling up to his mother and father on the sofa and is known for his grumpy expressions.

Clover poses in flat caps and partakes in doggy races in her spare time.