A grandmother was rushed to hospital as she suffered a head injury after falling from an escalator in Primark.

The woman is believed to have been shopping with her grand-children in Llandudno, Wales, this afternoon.

A spokesperson for the Welsh Ambulance Service told NorthWalesLive: ‘We had a call at approximately 1.40pm reporting an adult female had fallen on the escalator at Primark.’ 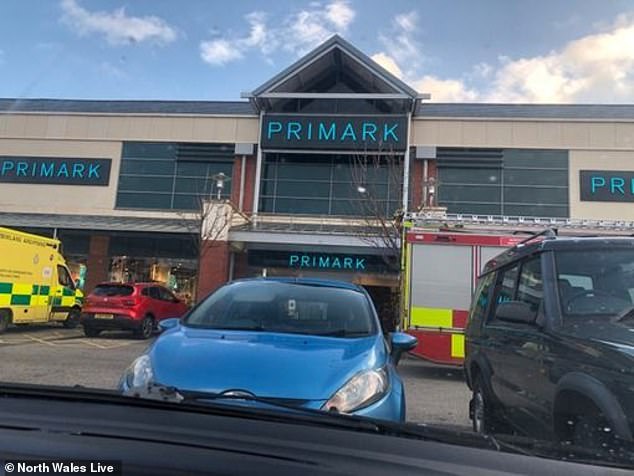 Check this out  DAN HODGES: Whoever's the new leader, the Tories can't keep hiding from voters

A grandmother is believed to have been shopping with her grandson at Primark in Llandudno (pictured), Wales, when she fell on the escalator

The ambulance crew and firefighters arrived at the scene thirty minutes later and she was taken to Ysbyty Gwynedd Hospital.

A fire service spokesperson said they were called to assist the ambulance service after the female injured herself on the escalator.

They confirmed that the woman had not been trapped, but had fallen and suffered a head injury. 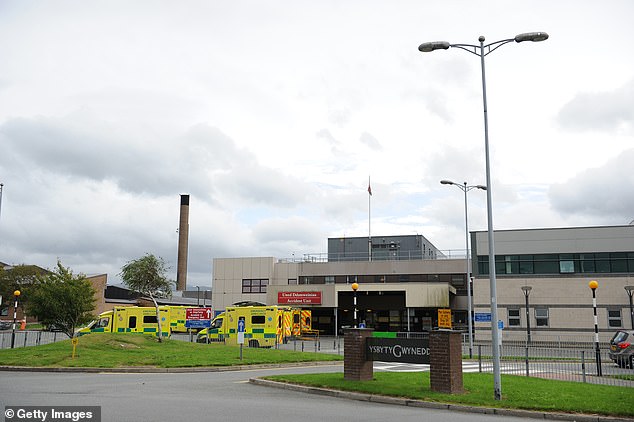 She suffered a head injury and was rushed to Ysbyty Gwynedd Hospital at around 2.10pm. The Welsh Ambulance Service received a report of the incident half an hour earlier

Shopper Lauren Hennigan wrote on Facebook: ‘I hope the lady and her grandchildren who witnessed what’s happened are okay xx’

James Greig said: ‘My thoughts go out to her family at this dreadful time.’

It remains unclear how severe the woman’s injuries are.

This comes just three days after a woman died at the World Trade Centre, New York, as she pretended to ‘fly like a superhero’ on an escalator. She fell 34 feet from the street level to the C1 level on the main concourse at roughly 5.30pm.

Escalators in Melbourne’s Parliament Station have been named the most dangerous as they claim three lives every week. 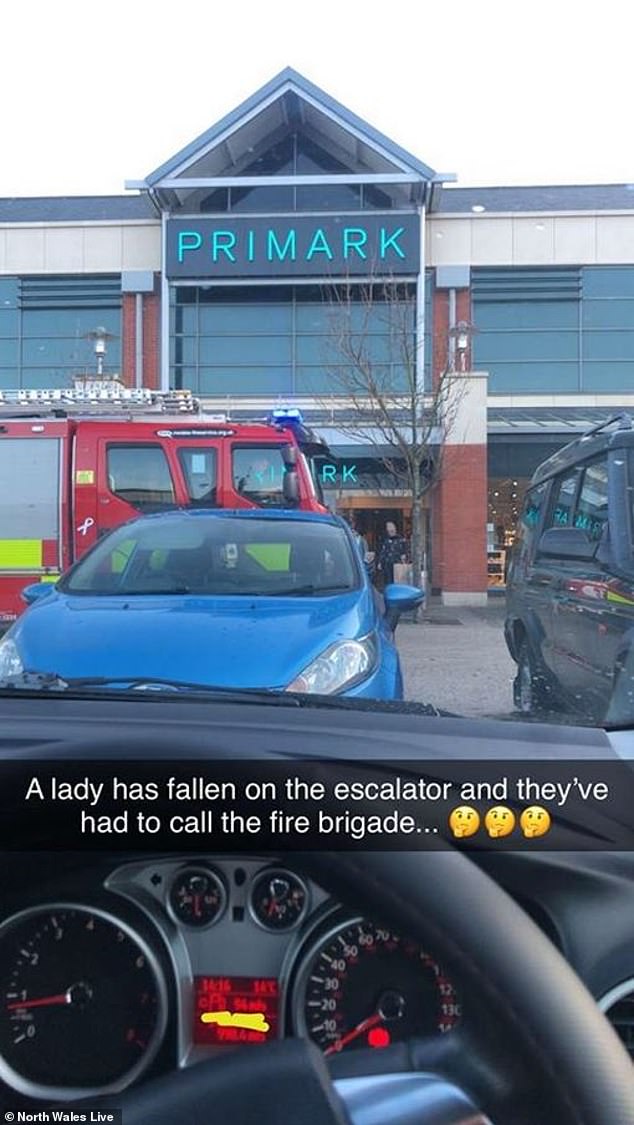 Check this out  Kidnappers threatened to torture victim's girlfriend with axe to get hands on £2,500

A woman filmed the moment fire fighters arrived at Primark to help the woman, this afternoon