Winfield House – the British residence of the US Ambassador – occupies twelve and a half acres on the north-west side of Regent’s Park and has the second largest private garden in central London, after Buckingham Palace.

It was built by the famous American socialite Barbara Hutton in the 1930s. She was dubbed the ‘poor little rich girl’ because of her troubled life and lived there for a period with her husband Cary Grant.

The 35-room mansion replaced a John Nash building and was named after Hutton’s grandfather Frank Winfield Woolworth, founder of the retail stores.  It has been the US Ambassador’s residence in London since 1955. 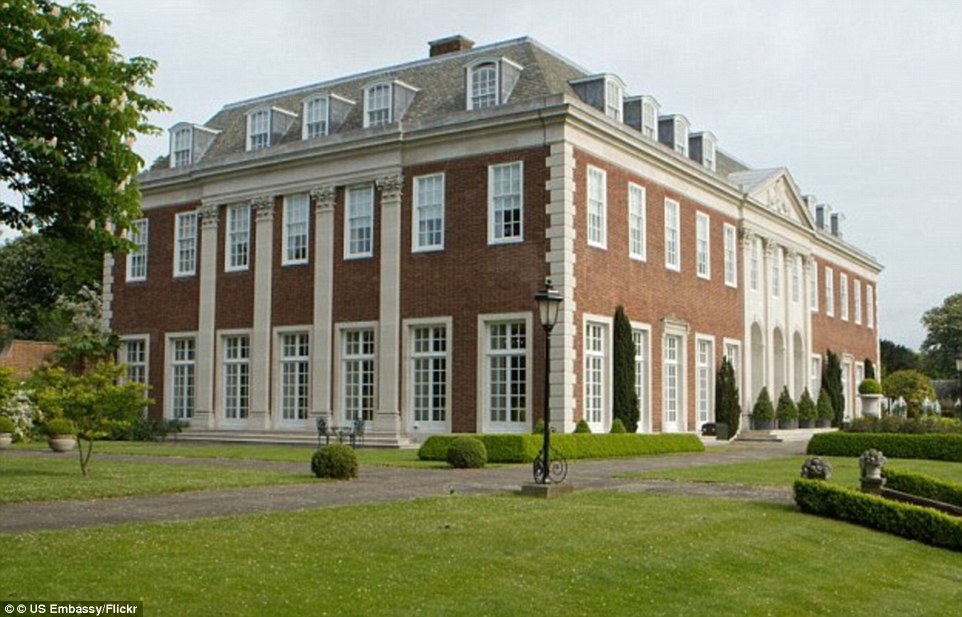 American socialite Barbara Hutton, dubbed the ‘poor little rich girl’ because of her troubled life, who lived there for a period with her husband Cary Grant. 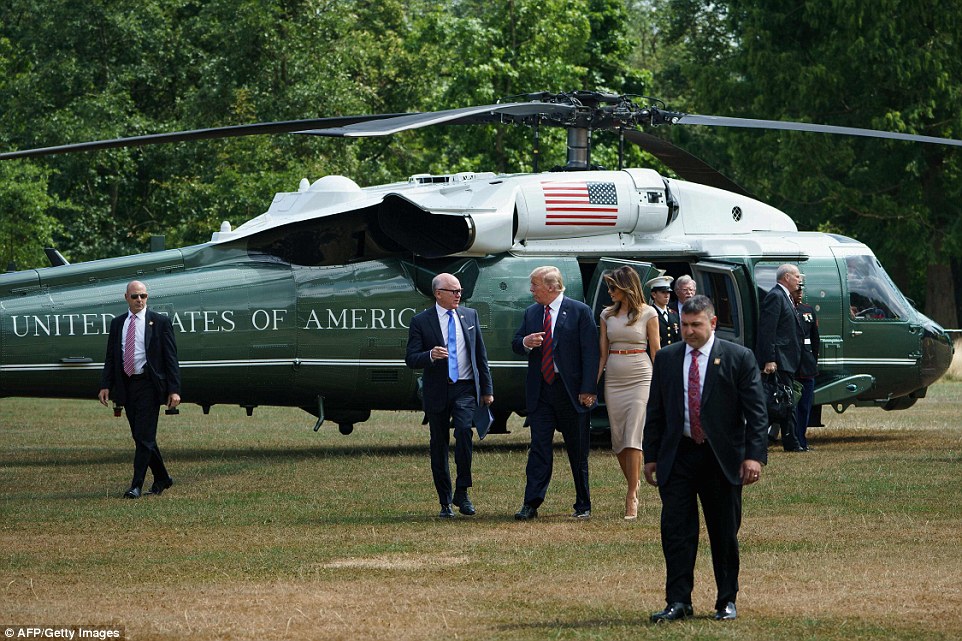 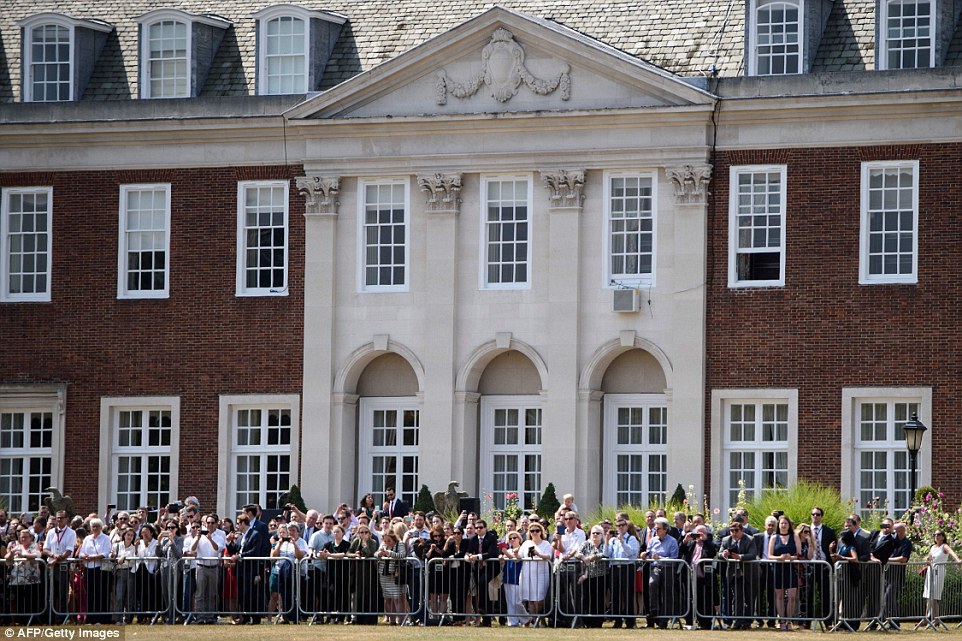 Huge crowds there to see President Trump gather outside Winfield House, the historic London residence that always houses the US Ambassador 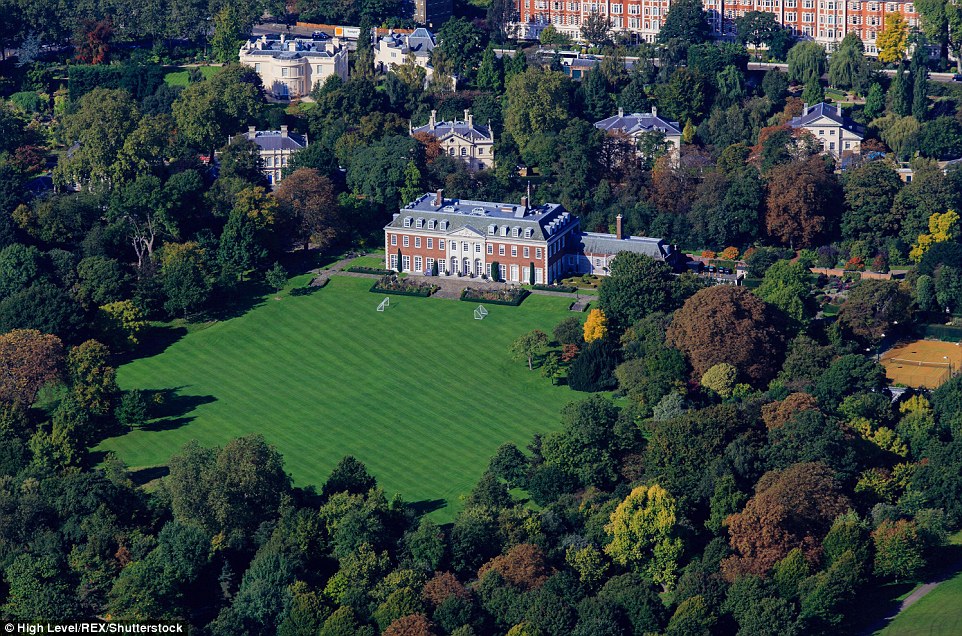 The palatial manor house, pictured in 2015, was built by American socialite Barbara Hutton, who was married to Cary Grant between 1942 and 1945

The house stands behind fifteen-foot high iron gates on land that was once part of a ‘great forest, with wooded glades and lairs of wild beasts, deer both red and fallow, wild bulls and boars’.

Half a century before the Norman Conquest the land belonged to the Abbey of Barking. Over the years, King Henry VIII hunted there, Queen Elizabeth I used it for entertaining dignitaries, King James I offered it as collateral to raise money to go to war and King Charles II had the whole area ‘disparked’ and opened to the public.

Winfield House is unique among American residences because it was originally a gift to the US Government.

It has since been showered with riches in the form of antique furniture, paintings, porcelain, china, glass, chandeliers, objets d’art – all the things that make it the beautiful house visitors see today. 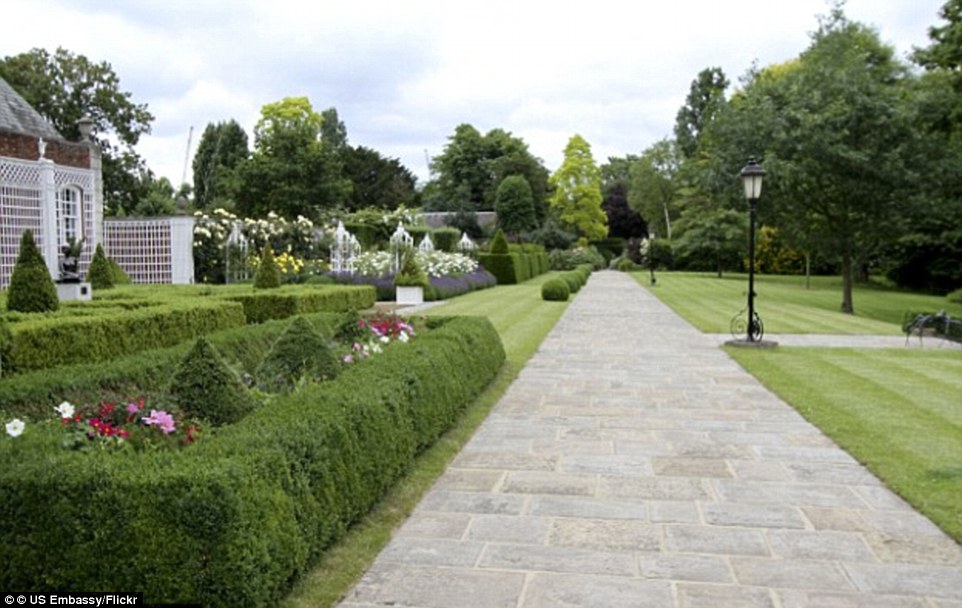 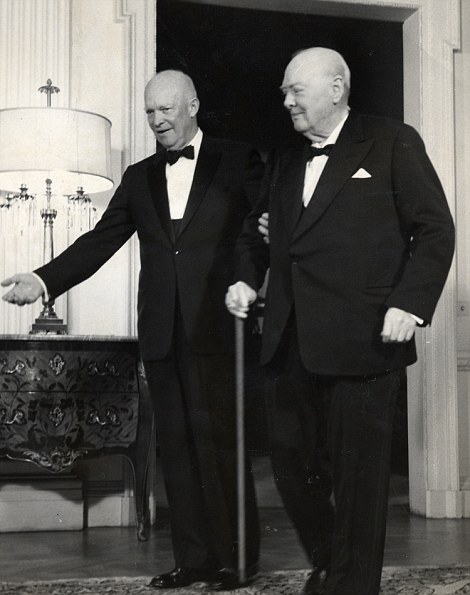 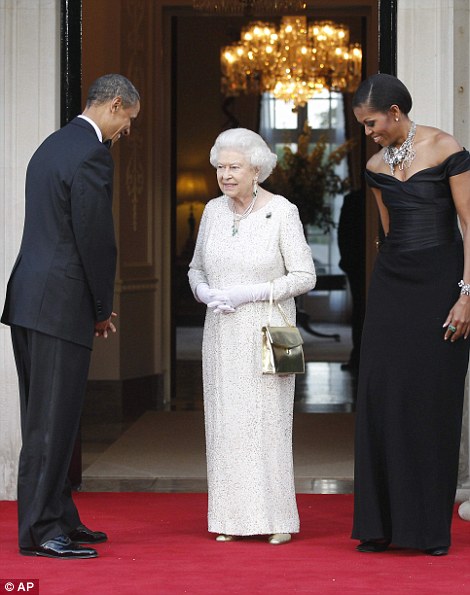 Check this out  Second day of FIBA Women's Basketball World Cup set to... 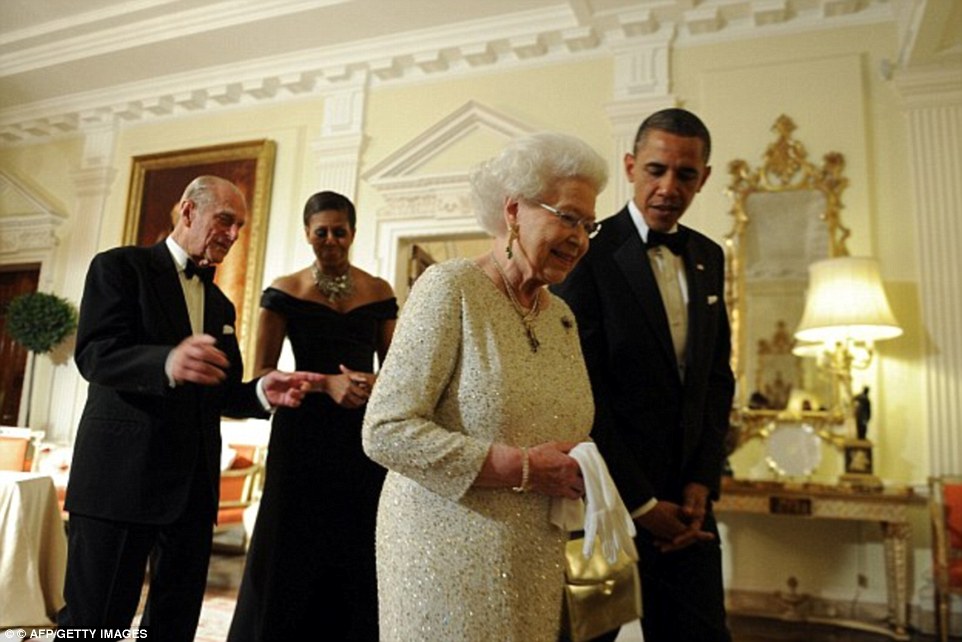 The house was built in the 1930s and has been home to US Ambassador since 1955 and visited by most US Presidents since then, including President Obama

The first to use the house as the ambassadorial residence was Winthrop Aldrich. Ambassador and Mrs Aldrich moved in on January 18, 1955 after a significant restoration had taken place.

When Ambassador Elliot Richardson arrived in 1975 his wife said, ‘the house was absolutely wonderful. . . a joy to move into’ and when Ambassador Anne Armstrong moved in in 1976 she said: ‘I ran through the house like a kid, I’d never seen anything so beautiful. It was like fairyland and in such beautiful shape.’

Not only the Ambassadors, but other generous Americans contributed to the house, among them sugar baron Rionda Braga, who donated a bronze sculpture, ‘The Creation of Adam’ which stands in the garden to the right of the terrace.

Ambassador John Louis brought a platform tennis court and while  her was at Winfield House – from 1981 to 1983- Cary Grant visited it for the first time after the Second World War and the breakdown of his marriage.

Tears streamed down his face as he looked across the lawns from the Garden Room because of its beauty and thinking about his ex-wife Barbara Hutton.

Today Winfield House continues the tradition of receiving a host of distinguished guests.  Over the years these have included the Queen and other members of the royal family, and many other prominent figures in business, politics, diplomacy, banking, the armed services, education and the arts.

The late Princess Diana once brought Princes William and Harry to see the presidential helicopter Marine One parked on the lawn, as it was today with President Trump.

Visiting US presidents traditionally stay at the residence, watched over by portraits of their predecessors, some of whom served as both President of the United States and U.S. envoys to London.

President Reagan was a frequent visitor. More recently, Senator George Mitchell hosted participants in the Northern Ireland Peace Process at Winfield House during his review of the Good Friday agreement in November 1999.

President Obama also stayed there and hosted a reception for the Queen and Prince Philip.