An Iranian-flagged oil tanker pursued by the U.S. amid heightened tensions between Tehran and Washington changed its listed destination to a port in Turkey after Greece said it wouldn’t risk its relations with America by aiding it.

Meanwhile, Iran sanctioned a prominent Washington-based think tank that led criticism of Tehran’s 2015 nuclear deal with world powers over its alleged ‘economic terrorism,’ something the organization described as a ‘badge of honor.’

The crew of the oil tanker Adrian Darya 1, formerly known as the Grace 1, on Saturday updated its listed destination in its Automatic Identification System to Mersin, Turkey, a port city in the country’s south and home to an oil terminal.

However, mariners can input any destination into the AIS, so Turkey may not be its true destination. Mersin is some 200 kilometers (125 miles) northwest of a refinery in Baniyas, Syria, where authorities alleged the Adrian Darya had been heading before being seized off Gibraltar in early July. 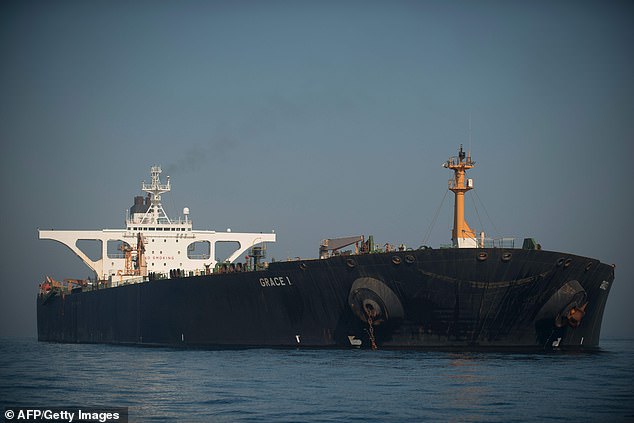 The Adrian Darya 1 Iranian-flagged oil tanker pursued by the U.S. amid heightened tensions between Tehran and Washington changed its listed destination to a port in Turkey after Greece said it wouldn’t risk its relations with America by aiding it 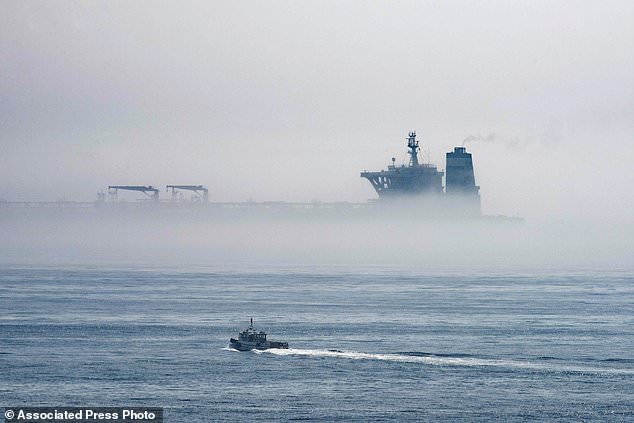 Mariners can put any destination into the AIS, so Turkey may not be the Iranian ship’s true destination

Iranian state media did not acknowledge the new reported destination of the Adrian Darya, which carries 2.1 million barrels of Iranian crude oil worth some $130 million. Nor was there any immediate reaction from Turkey, whose President Recep Tayyip Erdogan deals directly with Tehran and Russia over Syria’s long war.

Check this out  Prime Minister Dlamini of eSwatini dies

The ship-tracking website MarineTraffic.com showed the Adrian Darya’s position as just south of Sicily in the Mediterranean Sea. At current speeds, it estimated the Adrian Darya would reach Mersin in about a week.

The State Department said it had ‘conveyed our strong position to ALL ports in the Mediterranean that should be forewarned about facilitating Grace 1,’ without elaborating. 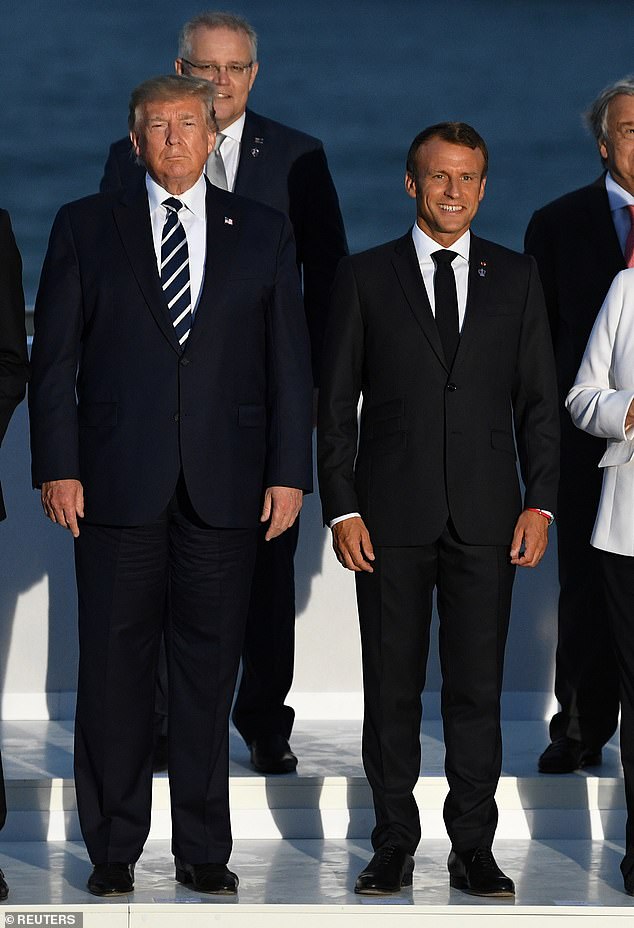 resident Donald Trump and French President Emmanuel Macron pose for a family photo with invited guests during the G7 summit in Biarritz, France on Sunday. The Adrian Darya’s detention and later release by Gibraltar have added fuel to the growing tensions between Washington and Tehran, after President Donald Trump unilaterally withdrew America from Iran’s 2015 nuclear deal with world powers over a year ago

The Adrian Darya’s detention and later release by Gibraltar have added fuel to the growing tensions between Washington and Tehran, after President Donald Trump unilaterally withdrew America from Iran’s 2015 nuclear deal with world powers over a year ago over concerns about Iran’s ballistic missile program and regional influence. In the time since, Iran lost billions of dollars in business deals allowed by the deal, as the U.S. re-imposed and created sanctions largely blocking Tehran from selling crude oil aboard, a crucial source of hard currency for the Islamic Republic. 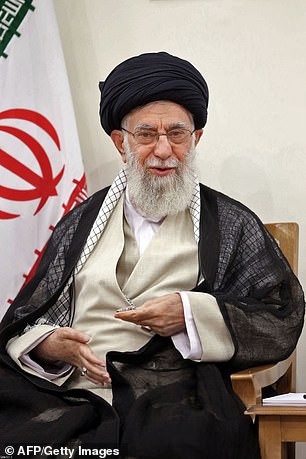 In U.S. federal court documents, authorities allege the Adrian Grace’s true owner is Iran’s Revolutionary Guard, a paramilitary organization answerable only to Supreme Leader Ayatollah Ali Khamenei. The U.S. declared the Revolutionary Guard a foreign terror organization in April, the first time America named a military force of a nation as such, giving it the legal power to issue a warrant for the vessel’s seizure. However, that would require another nation to acknowledge the writ.

The Adrian Darya had put its intended destination as Kalamata, Greece, even though the port did not have the infrastructure to offload oil from the tanker. The State Department then pressured Greece not to aid the vessel.

Late on Saturday, Iranian state media reported the country’s Foreign Ministry had imposed sanctions on the Washington-based Foundation for Defense of Democracies and its CEO for its role in promoting sanctions and ‘economic terrorism’ against Iran. Reports accused the foundation and its CEO, Mark Dubowitz, of ‘intentionally’ damaging vital interests of Iran through spreading lies and negative campaigning against Iran.

State media said the sanctions allow judiciary actions against the foundation, Dubowitz and Iranian colleagues. But like U.S. sanctions, they have little effect unless a person actively uses the Iranian financial system. Iran in recent years has sanctioned U.S. government officials and businesses in response to American pressure.

In a statement to The Associated Press, Dubowitz said his think tank ‘considers its inclusion on any list put out by the regime as a badge of honor.’ Later, Dubowitz began describing the move as a ‘threat,’ citing one English-language report by the semi-official Iranian news agency Mehr that said the ‘taking (of) any actions by the judicial and security apparatuses against the FDD and their Iranian and non-Iranian accomplices will be considered legitimate.’

The State Department similarly described Iran’s move against the foundation as a ‘threat.’

‘The U.S. takes the regime’s threats seriously,’ State Department spokeswoman Morgan Ortagus wrote on Twitter. ‘We intend to hold Iran responsible for directly or indirectly compromising the safety of any American.’

Also on Saturday, the head of the Guard, Gen. Hossein Salami, said it had successfully test-fired a ‘new missile’ a day earlier, but did not elaborate on the type of weapon, according to the semi-official Tasnim news agency. Iran’s President Hassan Rouhani on Thursday debuted an Iran-made air-defense missile system, the Bavar-373. In June, Iran shot down an American surveillance drone in the Strait of Hormuz. Trump came close to retaliating but called off an airstrike at the last moment.