Motorists at a busy intersection have been left perplexed by a pointless road sign that doesn’t provide direction.

The road sign is located at the Nine Ways roundabout in Sydney’s east where there are nine ways to leave the intersection.

The Kingsford sign was designed to assist vehicles reach a number of destinations – but new traffic conditions brought on by the construction of the city’s light rail network have rendered it pointless. 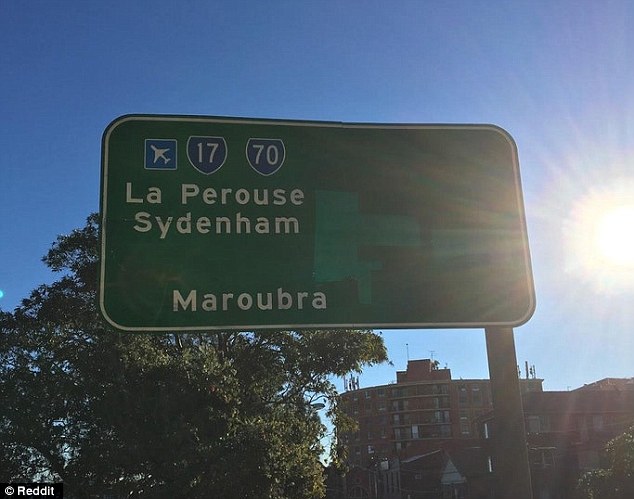 A pointless sign in Kingsford, Sydney’s east, has left drivers confused by its lack of direction

Local motorist Brendan Terrett told news.com.au the vague sign was a piece of work and locals had complained about the lack of information provided.

Mr Terrett claims that without arrows to guide motorists, the sign is ‘totally useless.’

‘That’s the funny thing. Instead of removing the sign altogether, it appears that they’ve meticulously gone over the roundabout diagram with green reflective tape,’ he said.

‘Had the workers spent an extra minute or two they could have used a bit of white reflective tape to make the sign a lot more useful.’ 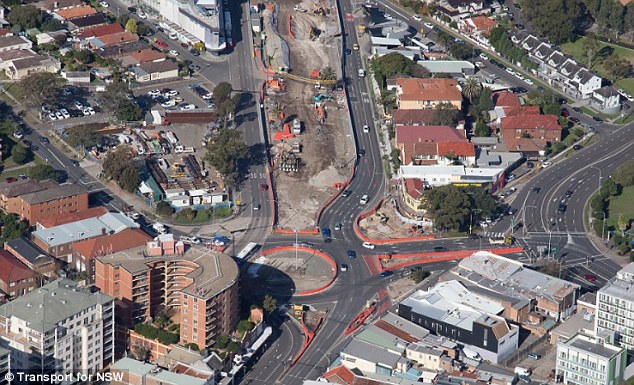 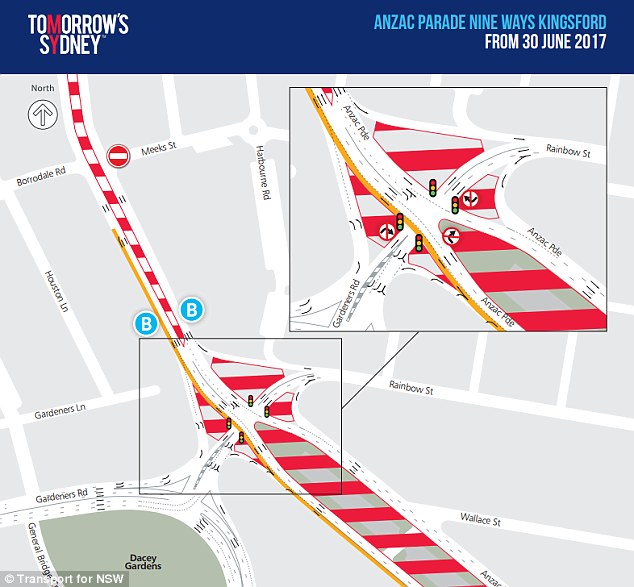 One user said the sign was ‘entirely useless’ as it approaches an intersection that you can use to go three different directions.

‘Suburbs coming soon, we we won’t even tell you how far away they are, just that you’re gonna come up to them!’ wrote another user.

Other Reddit users were quick to address how expensive the signs are to make and maintain.

Check this out  Grandmother must pay £40,000 to the Egyptian toyboy half her age who wooed her with free camel rides

‘Probably cost the government $5000 to remove the white.’

The new light rail line will run from Kingsford to Sydney’s CBD.

Daily Mail Australia contacted Transport for NSW for comment about the roundabout changes. 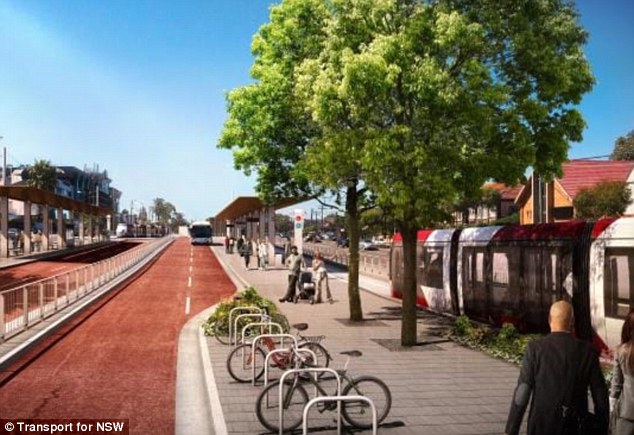 The new light rail line (pictured: artist impression) which will run from Kingsford to Sydney’s CBD