It’s Buoy Keane! England fans compare pundit’s bright orange look to an Umpa-Lumpa as he comments on the semi-final against Croatia through a glowing tan

The former Manchester United player is being ridiculed for his orange glow online, with supporters comparing him to Umpa-Lumpas.

Others compared the Irish assistant manager to Tango, branding him miserable as he appeared as a pundit on ITV. 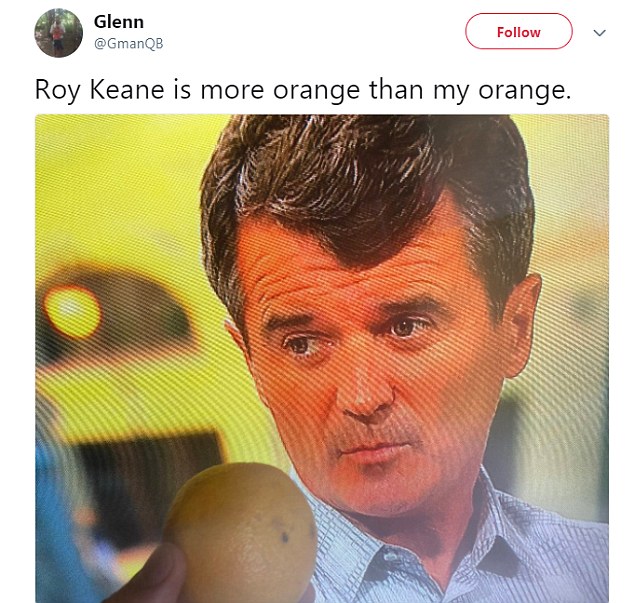 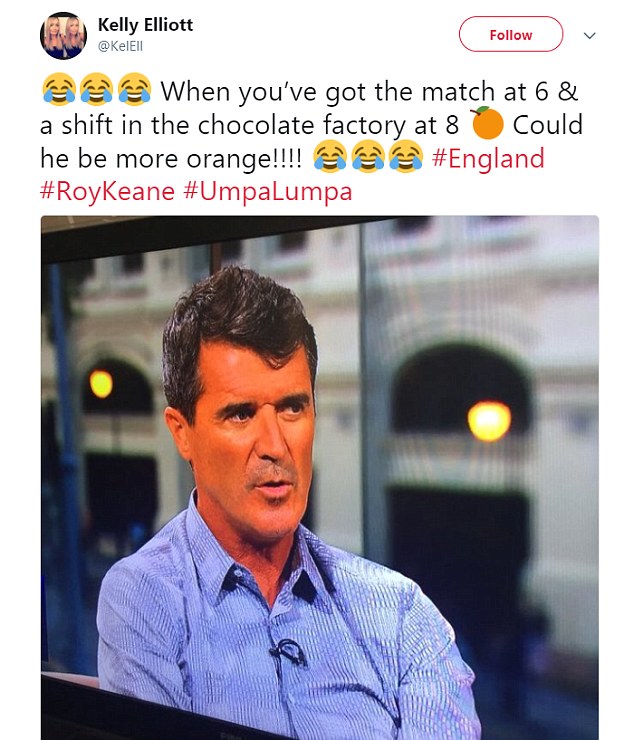 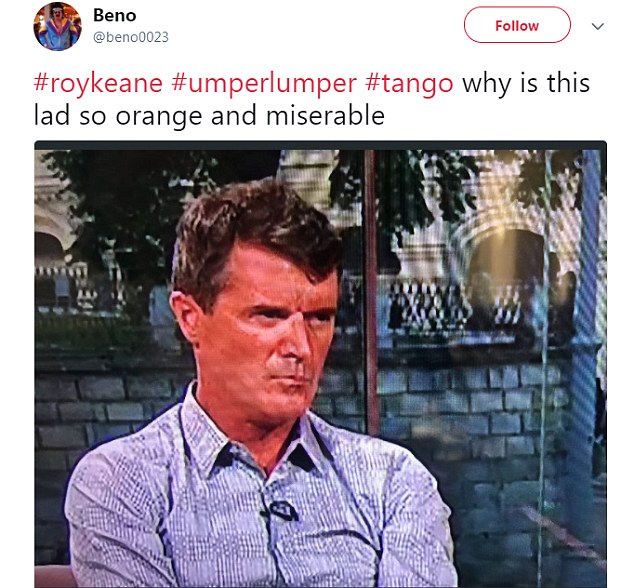 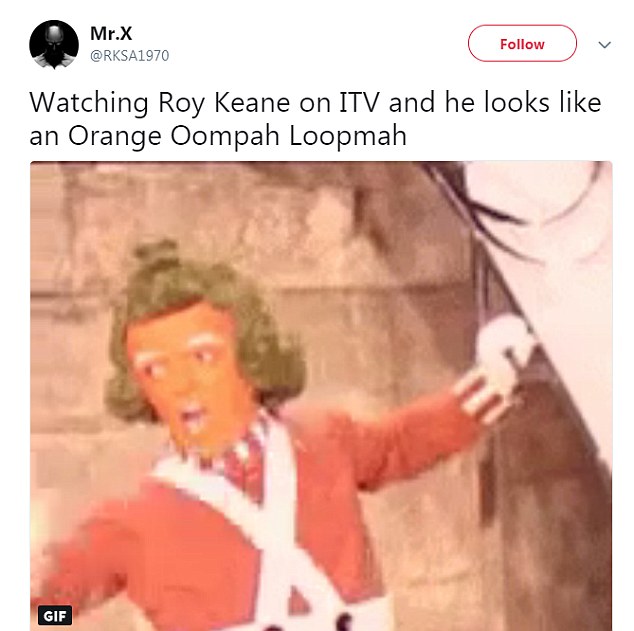 One fan appealed to the public to report him missing to Willy Wonka while another claimed to have never seen anybody so orange.

Comparisons were drawn with President Donald Trump’s tan, with one fan suggesting her was appearing as the Republican in fancy dress.

Another viewer simply said ‘Roy Keane is more orange than my orange’ while holding the fruit next to his TV.

After Kieran Trippier took the Three Lions into the lead in Moscow, England are now drawing with Croatia 1-1.