This is the horrific moment a jet-ski suddenly exploded throwing a man and child into the air.

Both passengers were enjoying a ride at the popular Black Sea resort in Gelendzhik, Russia when the tragedy struck.

They were badly injured and are currently in intensive care in a local hospital.

They were doing a slow turn in the water when suddenly the jet-ski exploded.

The boy, who was drving, took his hands off to wave at the camera.

He imitates an engine noise revving as the machine explodes out of nowhere.

The explosion threw the pair metres into the air and both landed in the Black sea. 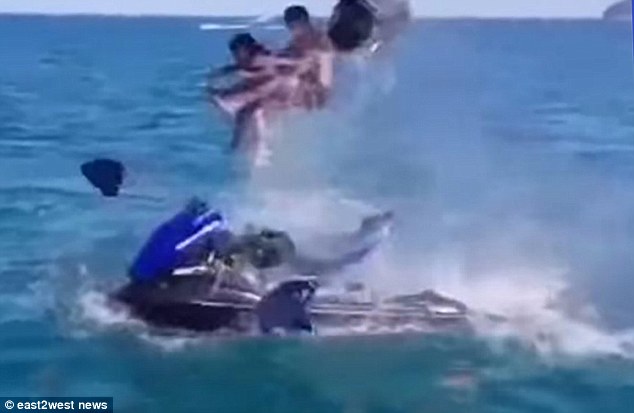 The man and child are catapulted into the air when a rented jet-ski explodes at popular Black Sea resort in Gelendzhik, Russia

Only the boy is seen to be wearing a life jacket on the rented jet-ski.

The woman filming, screams at the sight and immediately shuts off the video to help the man and child.

It is not clear why the jet-ski exploded at Kabardinka beach.

Some reports suggest a father and son were on the jet-ski when the accident happened.

But local news channel, Emergency Krasnodar, reported that the younger boy was the underage son of a prominent regional official who had gone to the beach without his parents’ knowledge. 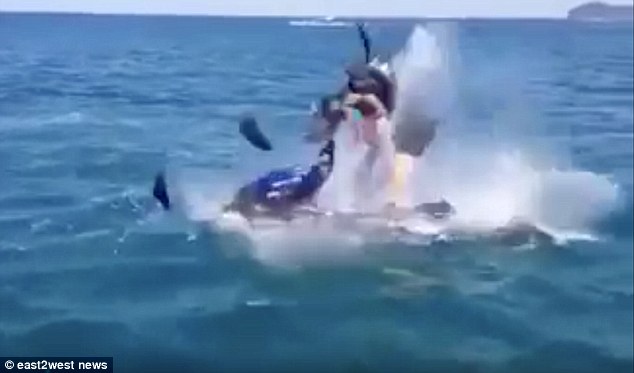 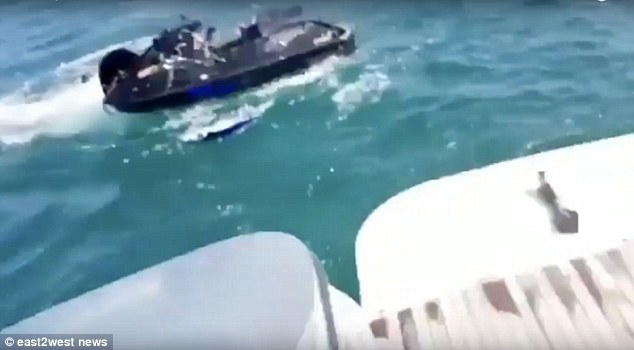