Josh Kushner headed off to the Met Gala on Monday night, marking the fourth straight year that the venture capitalist has accompanied his supermodel girlfriend to the annual fete.

This year was a bit different however, with Jared Kushner’s kid brother skipping the red carpet and opting instead to sneak into the event.

He has not posed with Kloss in years past but has always walked her out on the carpet, choosing to then head up the stairs as she poses for photographers.

Kushner did find himself posing for photos later in the night however alongside Kloss and friends, who posed snaps to social media.

Solo supermodel: Josh Kushner did not walk the red carpet on Monday at the Met Gala, which he was attending for the fourth straight year with girlfriend Karlie Kloss (above on Monday) 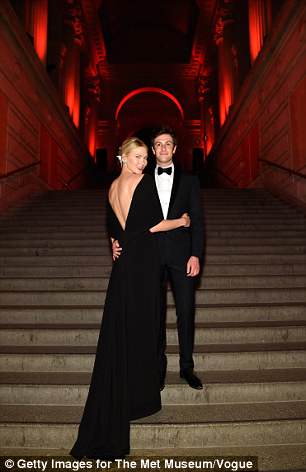 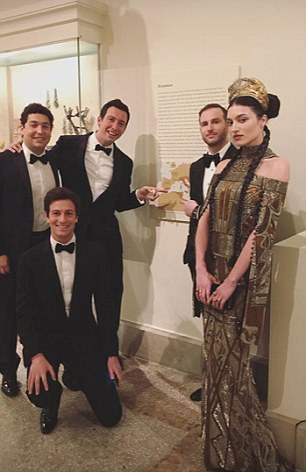 Gala-vanting: He did pose for photos with Kloss and friends once inside the event on Monday 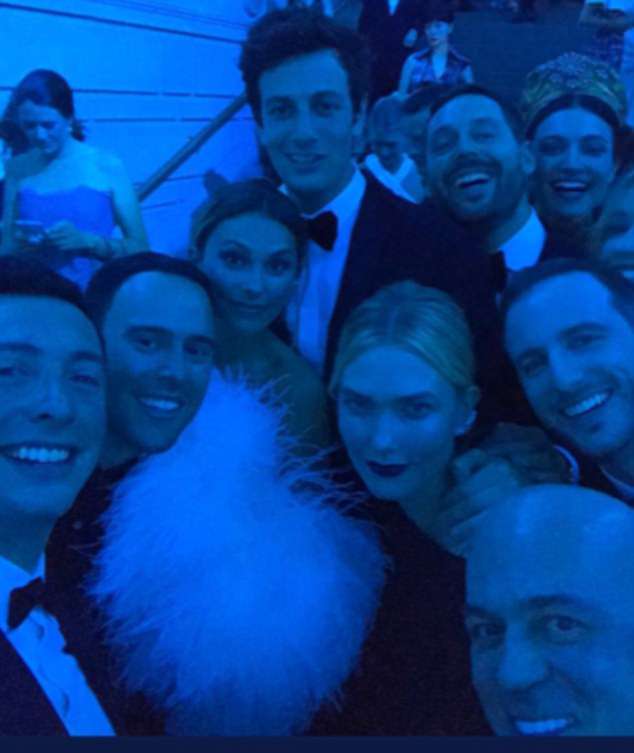 Gang’s all here: Multiple people shared a group shot of Kloss and Kushner with Mikey Hess, Scooter Braun and others

The couple will soon be celebrating six years together after first meeting back in 2012.

It was not until 2015 however that Josh was first spotted at the Met Gala with Kloss, accompanying the model for the China: Throught the Looking Glass exhibit.

He was then back again in 2016 for Manus x Machina and 2017 for Rei Kawakubo/Comme des Garçons.

Kushner had the responsibility in 2016 of helping Kloss unveil her stunning laser-cut look from Brandon Maxwell, removing her cloak as she showed off the stunning creation.

Maxwell once again outfitted Kloss on Monday, and accompanied her down the red carpet with actress Tiffany Haddish.

It is common for guests to walk the  carpet with the designer who outfitted them for the night.

Kloss met Kushner once inside and the two were seen getting cozy during Madonna’s performance later in the night and posing for photos with friends including Scooter Braun and Mikey Hess.

Not present were Josh’s bother and sister-in-law Jared and Ivanka.

It is unclear if the two, who had been invited in the past, were not invited or simply chose not to attend.

The host of the gala, Vogue editor Anna Wintour, did reveal in a recent interview that President Trump is the one person she would definitely not invite to the event, despite him having attended with wife Melania multiple times in the past. 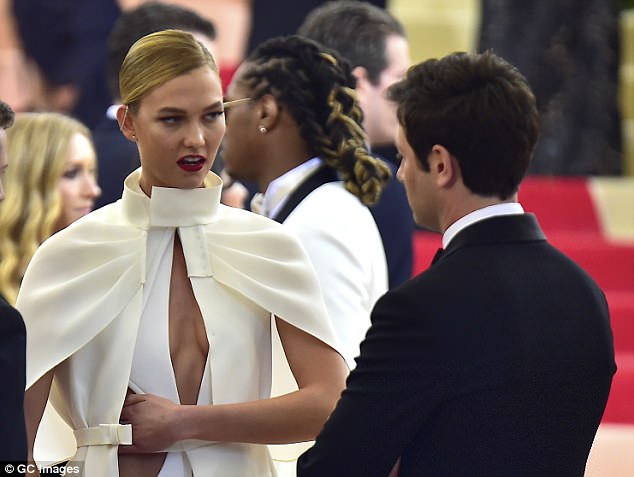 Helping hand: Kushner seldom poses for photographs but has almost always accompanied Kloss down the carpet (pair above at the 2016 Gala) 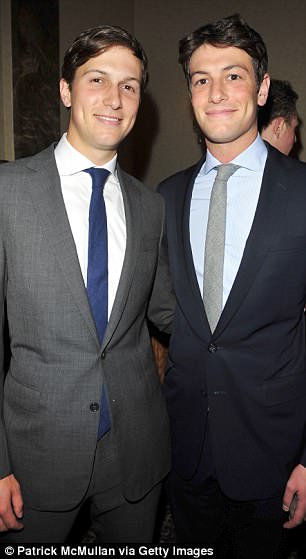 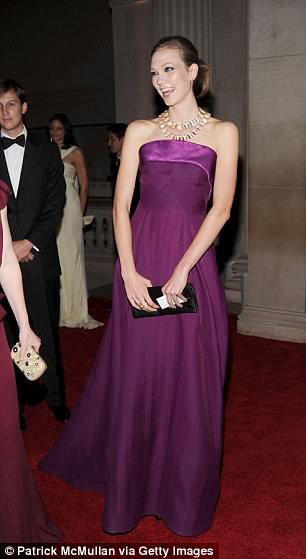 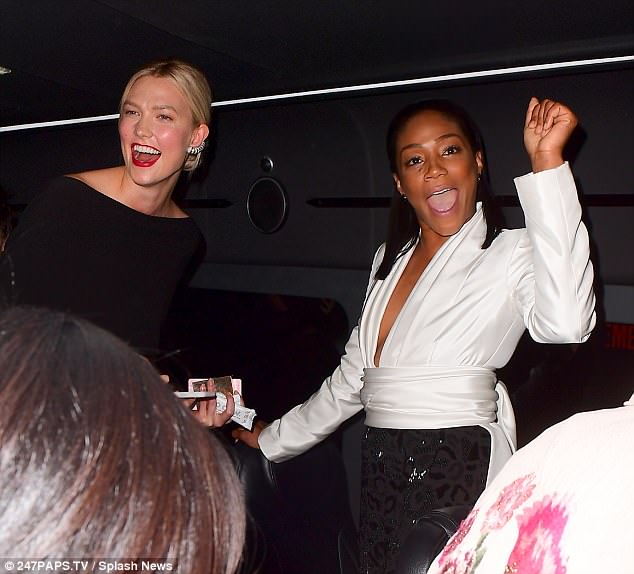 She ready: Kloss and Tiffany Haddish (above) arrived at the gala with designer Brandon Maxwell

As for the future of Josh and Karlie’s relationship, the model is choosing to stay quiet.

‘It’s not like I’ve ever wanted to be so secretive about my private life,’ she recently said in an interview with Porter.

‘Carolina Herrera always says, “A woman who’s an open book is boring.” There’s no mystery anymore. I know in my life what really matters to me. I’m not trying to hide that from the world; I just really like having a more private private life.’

She then added: ‘I’ve got nothing to hide, though!’

The couple recently enjoyed a vacation in Jordan alongside Crown Prince Hussein and headed down to Washington DC to participate in the March For Our Lives in March.