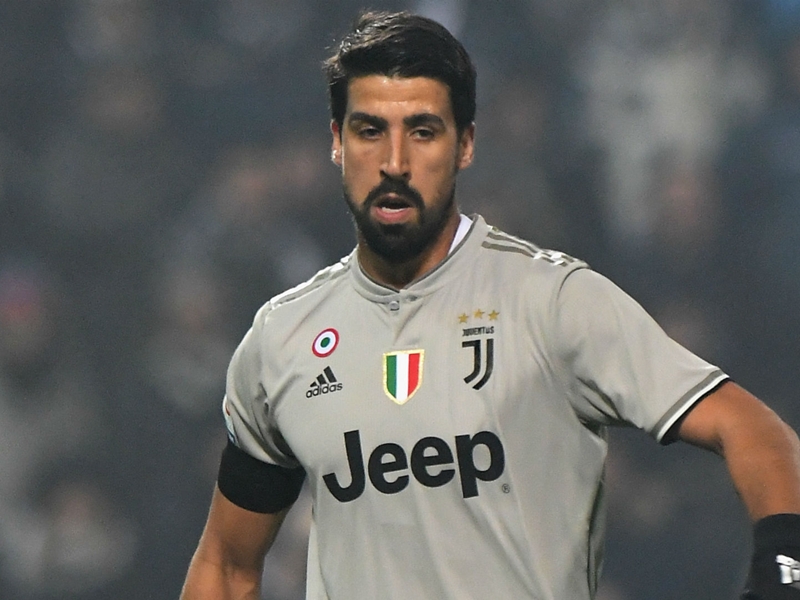 Juventus have confirmed Sami Khedira will miss Wednesday’s Champions League clash with Atletico Madrid to have medical tests after the detection of an irregular heartbeat.

Khedira trained as normal on Monday and Tuesday, but an “atrial arrhythmia” was noticed in their final session and Juve have sent him for tests.

In the announcement of their squad list, Juve confirmed Khedira’s absence.

A statement read: “Sami Khedira has stayed in Turin for medical tests, from which emerged the opportunity to perform an electrophysiological study and eventual treatment of an atrial arrhythmia which appeared today [Tuesday].”

Your squad list for Wednesday’s round of 16 UEFA Champions League match! @SamiKhedira has stayed in Turin for medical checks.

Paulo Dybala is set to start, however, after the Argentina international – who is enduring an underwhelming season – scored in Friday’s 3-0 win over Frosinone.

“I’ll tell you now that Dybala plays,” Allegri confirmed to reporters in his pre-match news conference.

“Paulo is in good shape. On Wednesday he needs his technique and his craft. On Friday, against Frosinone, he scored but played not as well as he has on other occasions.

Check this out  Robert Lewandowski news: ‘He lives in the box & is one of the best’ - Luca Toni backing Bayern Munich striker to lead another trophy charge

“Even in terms of the team’s level it was like this [not playing to their full potential], we created less. We will need a good display [against Atletico], with the awareness that we are facing a compact team that makes the most of set-pieces.

“Atletico has achieved important results in Europe in the last few years.”

There is considerable pressure on the Nerazzurri to succeed in this year’s competition with former Italy defender Marco Materazzi claiming earlier this week that it will be a failure if Juventus do not win the Champions League.

Juve already have a commanding lead in Serie A, holding a 13-point advantage over second-place Napoli, so many fans and pundits are claiming they can afford to prioritise European fixtures in the second half of the season.