She was blessed with her mother’s good looks and talented modeling skills.

And on Tuesday, Kaia Gerber stepped out in New York City with her fashion icon mom, Cindy Crawford.

The duo appear to be in the Big Apple ahead of Fashion Week, which begins on Thursday. 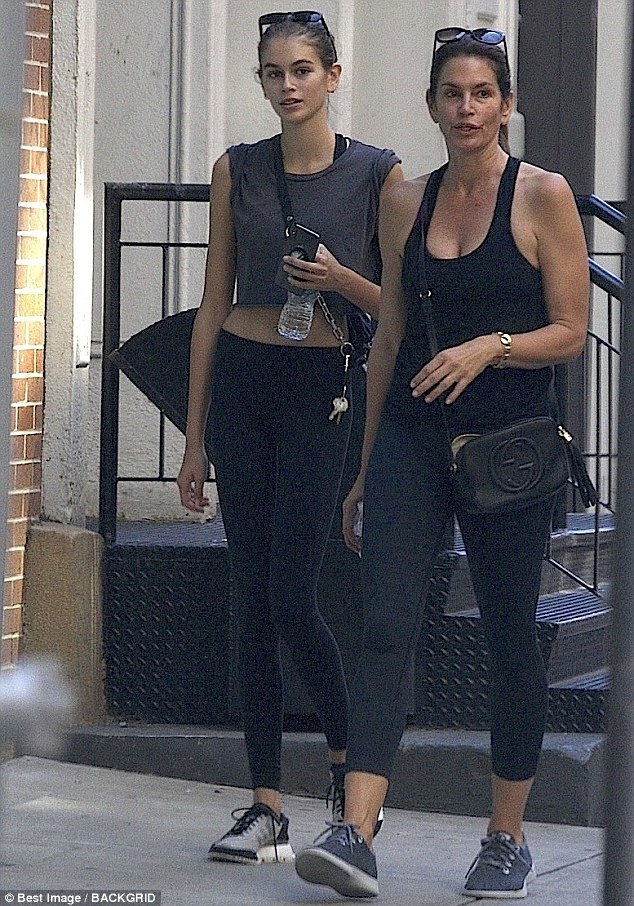 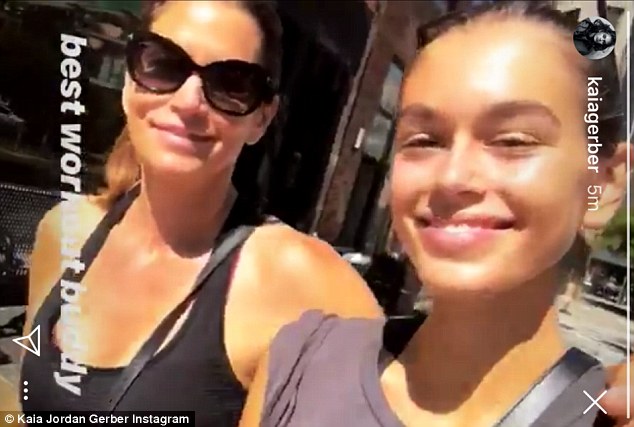 They sure do get along: Gerber said her mother was the ‘best workout buddy’

Kaia was styled in a grey cropped top with rolled up sleeves.

The Karl Lagerfeld collaborator added a pair of leggings and sneakers to her look, and topped it off with shades and a small purse.

Cindy, 52, sported a similar look to her daughter, though chose a tank top as opposed to a cropped one.

Her look: Kaia was styled in a grey cropped top with rolled up sleeves 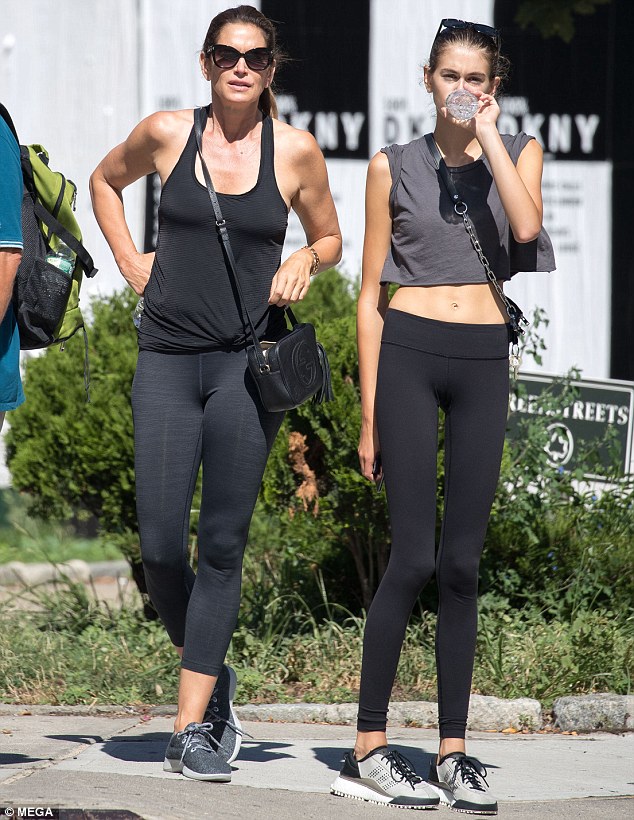 Similar but different: Cindy sported a similar look to her daughter, though chose a tank top as opposed to a cropped one

The teen and her mother were pictured separately, as Kaia hung out with a female pal, and Cindy with husband Rande Gerber.

Brother Presley, 19, enjoyed a day out with girlfriend Charlotte D’Alessio. 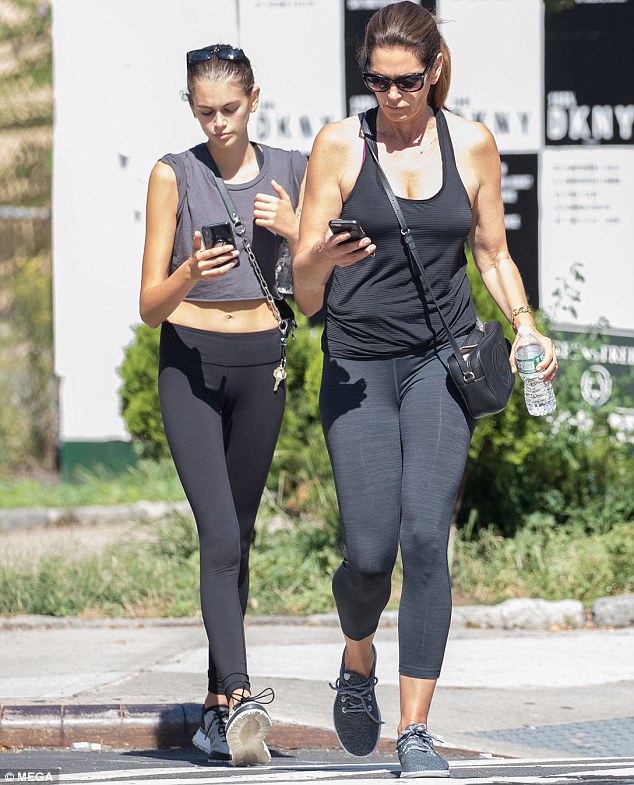 Busy: At one point, the mother-daughter duo were both preoccupied with their phones 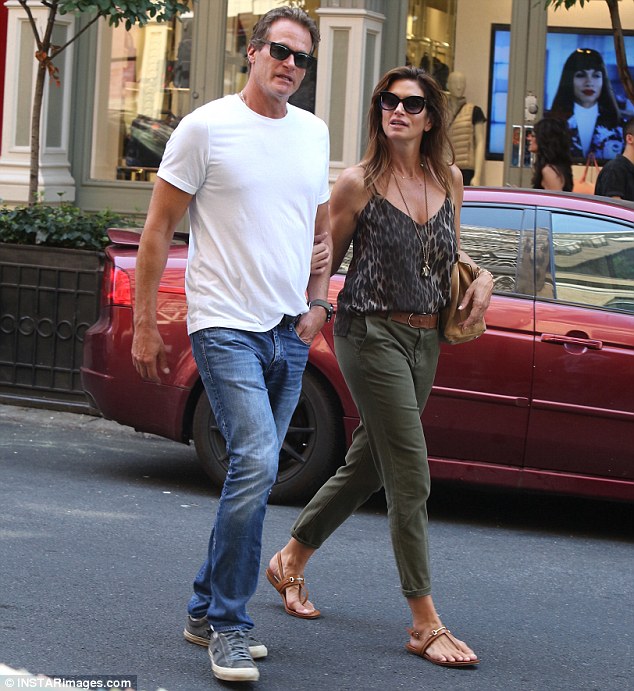 Fashion Week begins on Thursday, and Kaia is presumed to take part.

The young model made her runway debut in Calvin Klein’s show last September, and has since walked for another famous fashion house, Chanel.

The beauty also scored her first major Vogue cover in February, when she graced the pages of Vogue Paris. 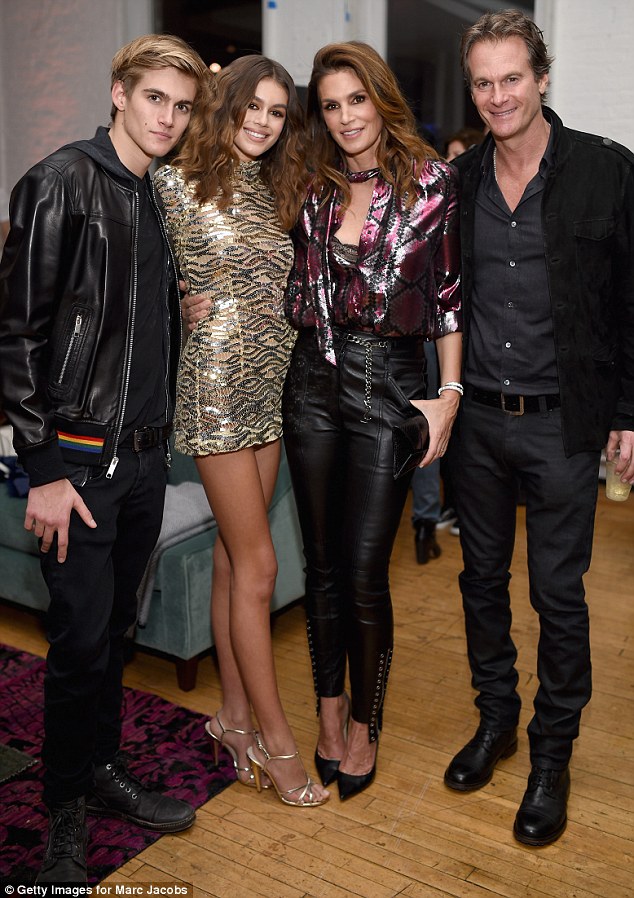 A family affair: Cindy, Kaia, Rande and Presley, 19, are seen in New York in February of last year