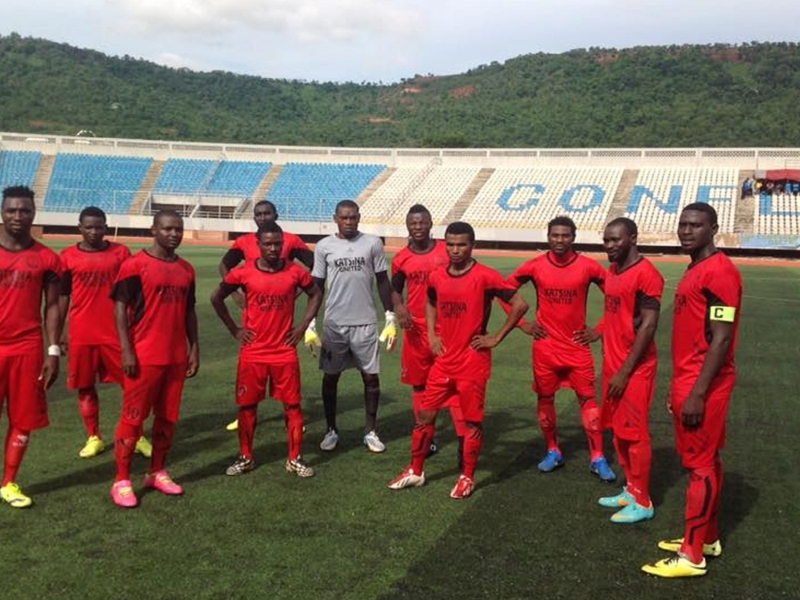 The Chanji Boys’ goals hero against the Owena Whales has assured their fans that they will beat the Sky Blue Stars to confirm NPFL stay.

Katsina United’s striker Chinedu Udechukwu has assured the Chanji Boys’ fans that they will seal their place in the elite division with another home win against Remo Stars this weekend.

The Chanji Boys defeated Sunshine Stars 2-0 in a league tie last Sunday to move to 14th on the league standings from 36 games with Udechukwu supplying the two goals from the penalty spot and the striker who has now scored nine league goals in his debut campaign in the topflight expressed that they would be among the 20 teams in the league next season with a match to the end of the season.

Check this out  Chelsea transfer news: Danny Drinkwater can leave Chelsea if he wants - Maurizio Sarri

“It was a good win by us. We came out to show Sunshine Stars that we can do it and despite the fact that they were very hard to beat we were still able to get the goals that sealed the maximum points,” he told Goal.

“This win was very important because if we are able to secure another win against Remo Stars on Sunday we have retained our premier league status.

“I am happy to get the two goals. They were very crucial. I have nine goals now and only three of them from the penalty spot.

“I can boldly assure our fans that we are going to maintain our premier league status at the end of the season. We are going to beat Remo Stars in our second straight home game on Sunday,” he added.

Check this out  Isco: Real Madrid's Gareth Bale having a hard time after injury setback