Former England cricketer Kevin Pietersen takes aim at rhino poachers as he raises £162,000 towards a state-of-the-art thermal surveillance technology to help save the animals from extinction in his native South Africa

Former English cricketer Kevin Pietersen has taken aim at rhino poachers, raising money for new technology which could help save the animals.

Speaking on ITV’s This Morning, the 38-year-old said he is taking part in conservation work, so the next generation don’t miss out on being able to see the animals.

He has now raised a staggering £162,000 to save the animals from extinction in his native South Africa. 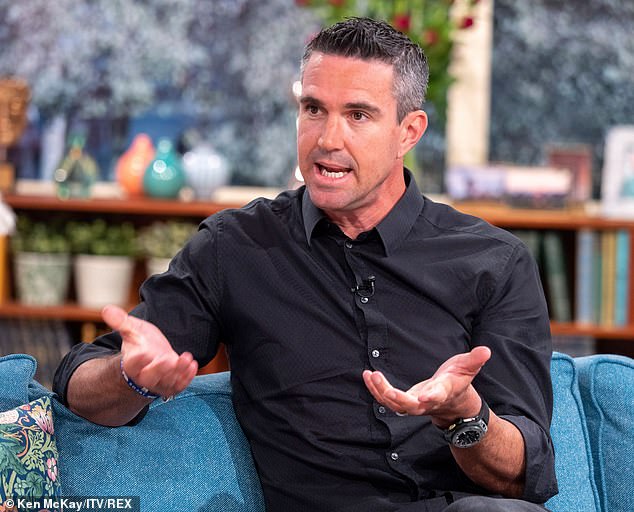 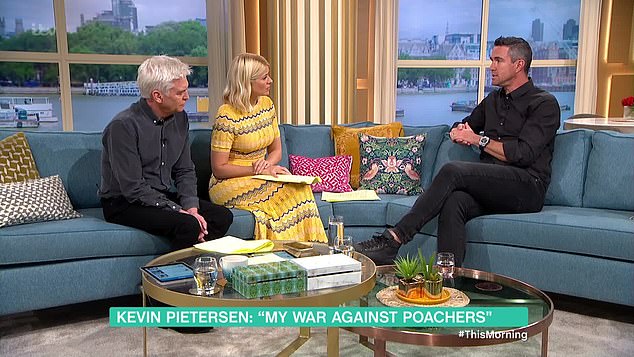 Check this out  Cyprus taps bond market at 'most favorable' yield

Pietersen said he had been raising money in order to develop the technology which would help safeguard the animals and catch the poachers.

‘The poachers own the night at the moment, we are launching the technology on Wednesday and its groundbreaking. We are at a point where we can prevent this but it costs a lot of money’.

‘There’s no thermal imaging… So we are launching that technology on Wednesday in Kruger Park and its groundbreaking. It’s just amazing.’

On a clip shown from his new podcast, Kevin Pietersen: Beast of a Man, he says he is ‘sick and tired of seeing dead rhinos’.

‘It pains me it hurts me – I want my children’s children to see the things we see now and I want to save them.

‘There is absolutely no reason why this should be happening. It’s a crime scene. It’s so so real, I hope we can show you how real it is.’

Pietersen made the series for BBC Sounds, with the help of BBC journalist Sarah Brett.

She stated he had ‘returned to his natural habitat’, she also added that  ‘big beasts can be difficult to control: that in a nutshell is the story of Kevin’s playing for the England cricket team.’ 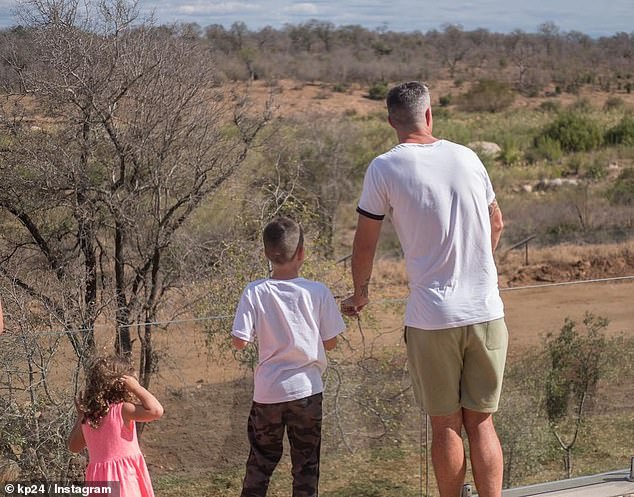 Check this out  Sir David Attenborough `extraordinarily emotional´ as...

Pietersen pictured above with his children in 2018. He said he wants their children to be able to see all the animals we see today

Growing up in South Africa, Pietersen said he had really lived the outdoor lifestyle and that it had been 100 per cent ‘animal animal animal’.

‘For the first 20 years of my life I was completely outdoors and then we moved here and jumped into the bubble here in England and we lived beautifully happy here.

‘I’ve been here almost 20 years. We bring our kids up here and we have a lodge in Africa and we sort of commute between the two countries, which is pretty special.

It was in 2013 that Pietersen went on a rhino tagging expedition which he said really changed his view on things.

‘So when I played for England, you’re English English English, did that shift in 2000 and then I sort of lost my connection to South Africa. And when everything fell to pieces I think I was with you guys and we did a whole thing when my book came out. 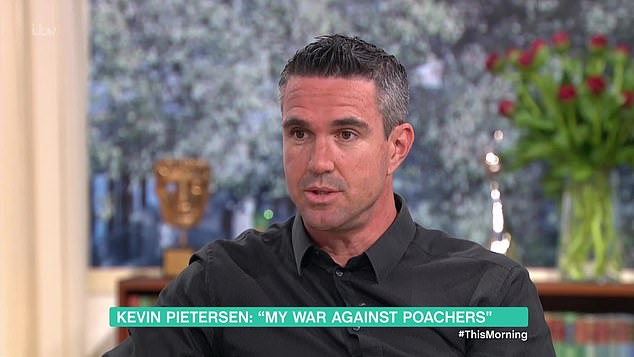 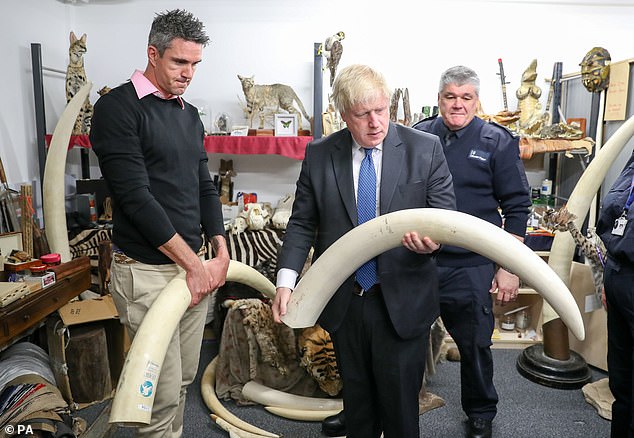 Pietersen (left) had previously visited Custom House in Heathrow with then foreign secretary Boris Johnson, in order to look at seized Rhino horns

‘There was such a horrible period of my life and it was just shocking and in and around that time I had been to South Africa on the Rhino chipping experience.’

He explained that on the black market the horns are worth more than cocaine and said that various places have started stockpiling them, as they prepare for the animal to become extinct by 2025.

‘There is zero medical value in them, they can’t cure cancer, they are not an aphrodisiac. It’s a symbol of wealth for many, the more you stock pile the wealthier you will be.’

Speaking on the topic of trophy hunting, Pietersen said he doesn’t agree with it, but agrees with hunting if it is for food.

‘Waking up in the morning with that desire to kill one of the big five and I don’t understand it.

‘On my new podcast I actually spoke to Michael Gove about the imports of trophies. He told me that he isn’t going to stop the imports into the UK yet because it assists in conservation.

‘But if it assisted in conservation why would it be diminishing the population?’