CCTV footage shows a killer husky running along the road with a chihuahua in its mouth after it leapt over a six foot fence and mauled it to death in its own back garden.

The pair, both 21, let the pet outside to go to the toilet before hearing it ‘scream’ when the husky got into their back garden and fatally gripped it with its teeth.

Office worker Miss Dugan tried to fight off the rogue canine, but broke down sobbing outside a neighbour’s home when it ran up the street with Dior in its mouth.

The husky’s owner, Beth Roy, emerged from her home in Portsmouth, Hants, and failed to apologise for the attack.

Mika, a rescue dog, was one of eight huskies owned by the dog walker and her partner, who also have three labradors and a doberman.

Ms Roy, 27, revealed Mika has been put down following the incident.

Miss Dugan said: ‘It was like losing a family member – I had to witness something killing my dog.

‘I don’t sleep, I’m on tablets and I still cry thinking about it.

‘I see it and it’s drilled into my brain every night as soon as I close my eyes.’

The dog’s ashes now sit on the couple’s mantelpiece. There have been no arrests or charges following the incident.

Ms Roy claimed her car’s tyres have been slashed and she has received death threats since the incident, and has informed police.

Check this out  TOP SPIN AT THE TEST: India's batting has been a one-man show thanks to Virat Kohli

A concerned resident wrote to neighbours urging them to be wary of ‘dangerous’ dogs at her address, as one of her other dogs killed a cat in August 2018. 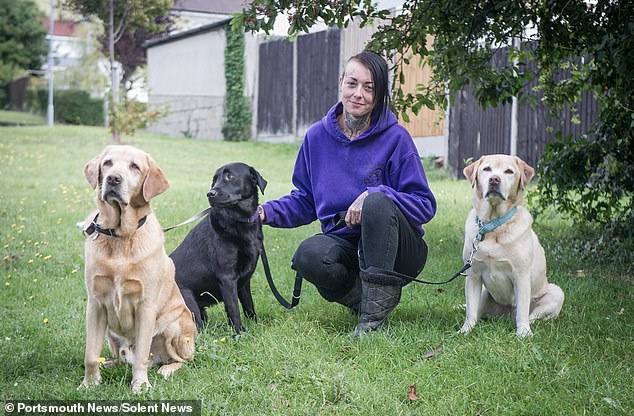 the husky’s owner Beth Roy also has seven other huskies, three labs and a doberman 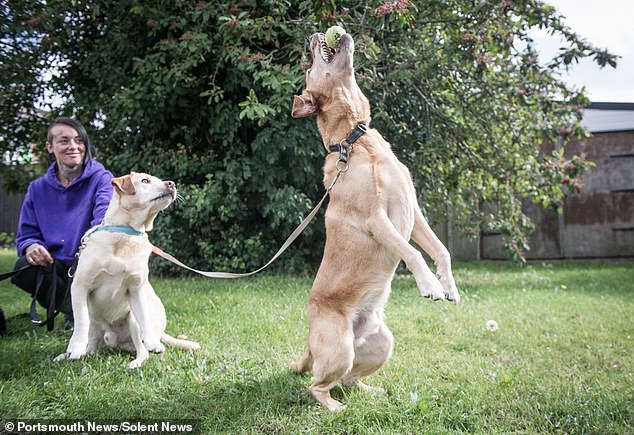 ‘I apologise, but what needed to be done has been done and I can’t do anything more.

‘No amount of apology is going to bring that dog back.

‘It’s just a freak accident and there’s nothing anyone can do about it, or will do about it, because it’s nature.

‘One day there was a cat sitting in the middle of the field – it’s what huskies do.

‘They’re not aggressive, but they have a high prey drive.

‘[Neighbours are] trying to make it look like all my dogs are vicious, when it was only one who did it. 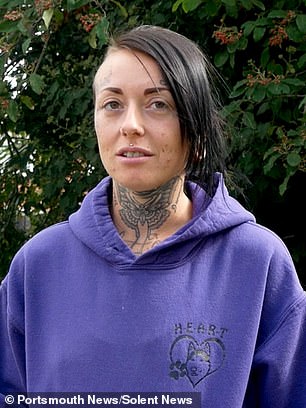 ‘They’re not aggressive, but they have a high prey drive’, said Beth of her huskies

‘I’ve got a degree in dog behaviour and I can tell you for a 100 per cent fact that just because a dog kills or hurts a small rabbit for example, it doesn’t mean a child is even in the same category at all.’

Hampshire Constabulary confirmed a ‘number of enquiries’ were made at the time of the attack involving Dior on August 3.

A spokesman added: ‘There was a joint visit to [Ms Roy’s] property by the police, kennels staff and RSPCA where all the dogs were assessed and checked for microchips and work to resolve the situation is ongoing.’