It was not Kimberly Guilfoyle’s decision to leave Fox News after over a decade with the network, according to a new report.

Huff Post reports that three sources claim Guilfoyle is not leaving the cable news network ‘voluntarily,’ and that her team was busy working out the details of her separation package on Friday.

Sources close to both Guilfoyle and her boyfriend Donald Trump Jr deny those claims, saying it was her choice to exit Fox News and begin a new job at America First.

There has been complete silence though from Guilfoyle herself and Don Jr, as well as Fox News, who did not respond to multiple requests for comment. 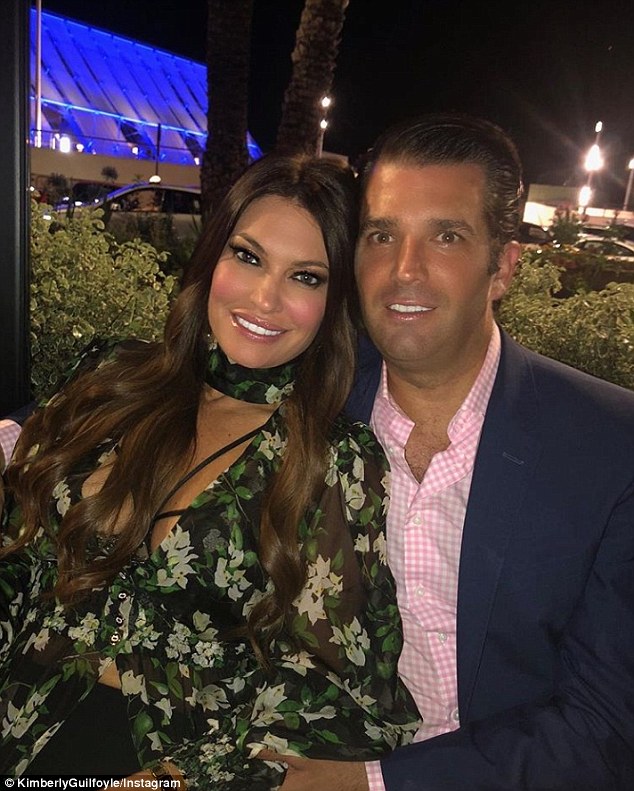 Family first: Kimberly Guilfoyle, 49, is reportedly stepping down from her job hosting The Five on Fox News after joining the network in February 2006 (Guilfoyle and Don Jr.in Monaco last week) 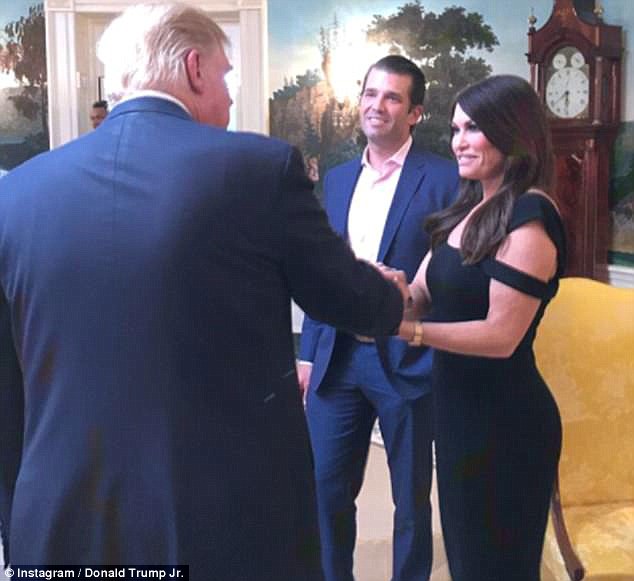 Guilfoyle will reportedly take a job with the America First PAC, though it is unclear if this is a permanent move or just a leave of absence from Fox News (Guilfoyle and Don Jr with President Trump in June)

That was then followed by a post from John Santucci of ABC News that read: ‘Sources familiar with plan tell me Kimberly Guilfoyle expected to take a role with America First – super PAC that supports Trump agenda.’

Check this out  Could your loved have smiling depression? Alexandra Wilshaw did, so no one realised she was ill

The news that Guilfoyle would be leaving Fox News and taking a job with America First come four months after she started dating Donald Trump Jr.

Guilfoyle has long been one of Fox News’ most loyal and dedicated employees.

She is often one of the first and most vocal supporters of any co-worker or boss who is maligned in the press, having publicly gone to bat for both Roger Ailes and Bill O’Reilly at times when few supported the men.

Those two were eventually let go by the network, and with the departure of Megyn Kelly, Greta Van Susteren and Gretchen Carlson, Guilfoyle became one of the most senior female members of the Fox News family.

In the past few months however, she has been getting more and more press for her life outside the office thanks to her relationship with Don Jr.

It is a relationship that Guilfoyle believes could land her in the role of first lady, a position she has some experience in after her first husband Gavin Newsom served as mayor of San Francisco.

She said in an interview with Breitbart Radio that she believes Don Jr has a future in politics, and that she is so happy to have ‘finally got it right this time’ with her new boyfriend. 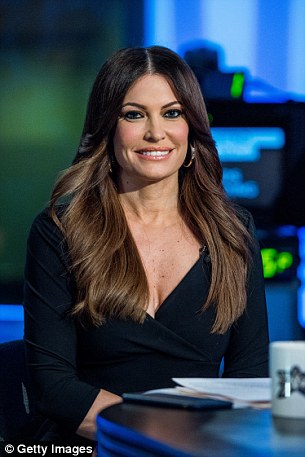 Check this out  Teenage Tyrannosaurus rex bones reveal how they grew into 'plodding, crushing monsters'

Guilfoyle called Don Jr ‘the number one up-and-coming political figure on the right,’ and said that he ‘is the base.’

‘He has a compelling political voice, he is incredibly bright. I have seen him at these different rallies,’ explained Guilfoyle.

‘He is a person that people can understand, he’s very approachable. He is very relatable with his background and his interests.’

Most importantly, Guilfoyle said, is the fact that Donald Jr is a man of the people.

‘He actually puts the time in and the effort to understand the base, because he is the base,’ said the Fox News host.

‘He gets out there and actually talks to the real people, the men and women who have been left behind in this country.’

There is a chance that Donald Trump Jr could in fact get himself on the ballot for the election this November.

The seventh district of New York, which encompasses parts of Brooklyn and Manhattan, has no Republican set to run in the race for a seat in the US House of Representatives.

The political calendar released by the New York State Board of Elections reveals that a vacancy can be filled in a race up until September 19, and since no Republicans ran in the primary that spot could be open for Don Jr. 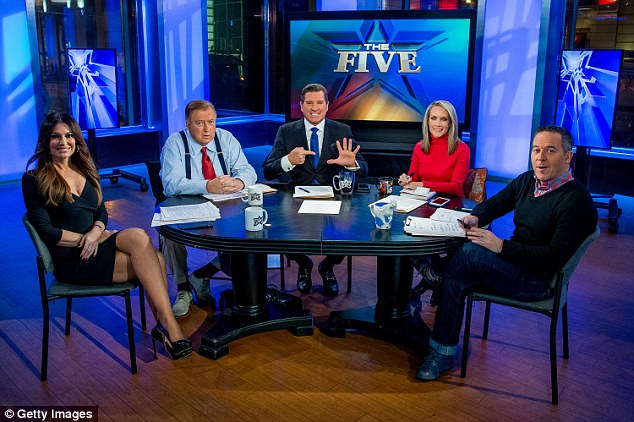 Former five: Guilfoyle called Don Jr ‘the number one up-and-coming political figure on the right,’ and said that he ‘is the base’

And Guilfoyle is very good on the campaign trail, as Newsom learned almost 20 years ago when he won his race for mayor.

She continued to support him during his time in office too, with appearances on a number of high-profile progams.

In fact, her remarks about Donald Jr. were incredibly similar to ones she made back in 2004 about Newsom during an appearance on Charlie Rose.

‘He was very much interested in public service and had a keen mind just in term of the political issues of the time,’ said Guilfoyle.

‘I knew that he had the vision, the discipline and, as it turns out, the courage to be in politics and to do the right thing so I’m really happy it worked out.’

That interview quickly turned into a counseling session however, with the pair discussing their bi-coastal lifestyles and the fact that they barely saw one another due to their careers.

Two years later they were divorced.

Don Jr and his wife Vanessa are currently in the process of divorcing. The couple has five children, and Guilfoyle has an 11-year-old son from her second marriage to Eric Villency.