Prime Minister Malcolm Turnbull is faced with an ‘almost inevitable’ challenge to his leadership as infighting over his controversial energy policy continues.

A horror new poll showing a drop in support for the Coalition has intensified spill rumours, and even loyal backers of Mr Turnbull have admitted he is losing support.

The latest Fairfax/Ipsos poll showed the Coalition’s primary vote has fallen from 39 to 33 in just a month.

Labor now leads the Coalition 55 per cent to 45 per cent on a two-party preferred basis, intensifying calls for Home Affairs Minister Peter Dutton to mount a challenge.

According to senior ministers, dissatisfaction with Mr Turnbull goes beyond the National Energy Guarantee, with ideological splits developing within the government. 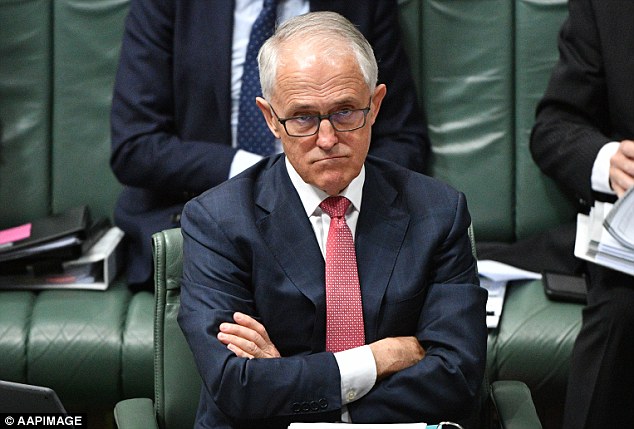 ‘He’s just not one of us,’ one senior figure told Nine News political editor Chris Uhlmann, he told the Today show.

‘There are deep values arguments that are being made. A lot of them might well be spurious but this is a dangerous time for the prime minister,’ Mr Ulhmann said.

Staunch Turnbull supporter Christopher Pyne, Minister for Defence Industry, said the prime minister had been deserted by some MPs, but had the full backing of cabinet.

‘There are some people who don’t support the current leader. That’s quite obvious,’ he told the Today show.

‘The overwhelming majority of my party room are 100 per cent behind Malcolm Turnbull as is the entire cabinet.’

The prime minister gathered his senior ministers together for dinner on Sunday night amid growing speculation he could be in strife over the government’s National Energy Guarantee. 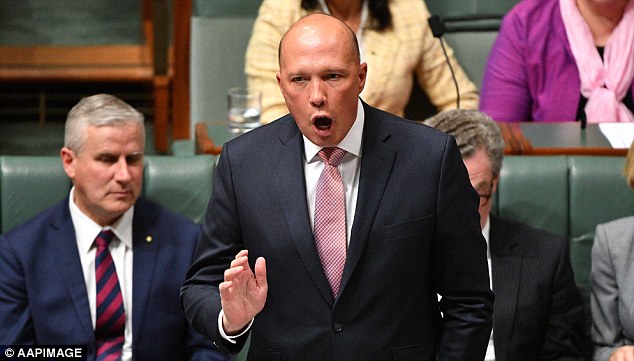 But his Home Affairs Minister Peter Dutton – and the man being touted as a possible leadership contender – was late, reportedly because his flight was delayed.

It’s understood he missed the dinner, but arrived later at Parliament House after taking a VIP flight from Brisbane, the Courier-Mail reported.

Who do you prefer as Prime Minister if there is a leadership spill?

‘It is now almost inevitable, the question is timing,’ one senior minister said.

Mr Dutton has told the prime minister he does not want to run against him, however he did not rule out a challenge in a private phone conversation, The Daily Telegraph reported on Monday.

Some conservative colleagues unhappy with the NEG have begun drifting towards Mr Dutton as their preferred prime minister.

The leadership chatter grew much louder last week after Mr Dutton warned during a radio interview that further disagreements could lead to his resignation from cabinet.

In a bid to quell the bubbling unrest, the prime minister took to social media to propose a number of changes to his signature energy policy.

Mr Turnbull has promised to wield a ‘big stick’ over electricity retailers who charge too much, and make it easier for power consumers to tell when they are being ripped off.

He has also offered to regulate – rather than legislate – Australia’s commitments to reducing carbon emissions. 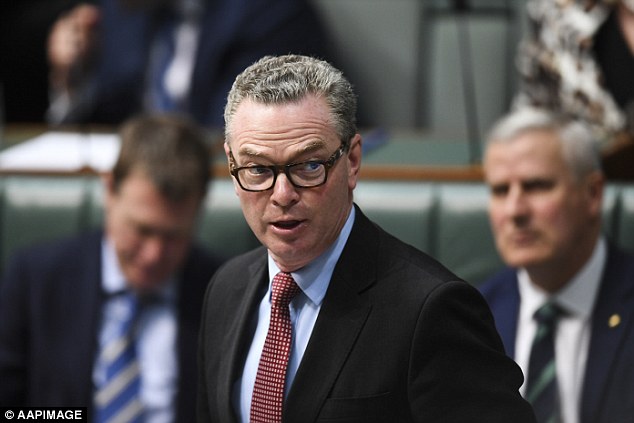 Staunch Turnbull supporter Christopher Pyne (pictured), Minister for Defence Industry, said the prime minister had been deserted by some MPs, but had the full backing of cabinet

During Sunday’s dinner in Canberra, the prime minister was expected to float the idea of abandoning big business tax cuts rather than fighting for them up until the next election, if they are defeated in the Senate.

However, it remains to be seen if these changes will be enough to win over restless colleagues, or whether they could potentially backfire by alienating his supporters.

Mr Turnbull tried to brush off talk of rising numbers against him in the coalition party room.

‘I’m focused on getting energy prices down and I’ll leave you to all of the speculation,’ he told reporters on Sunday.

Meanwhile, Nationals deputy leader Bridget McKenzie twice refused to say whether she would like to see him stay on as prime minister before eventually saying ‘yes’ when asked for a third time. 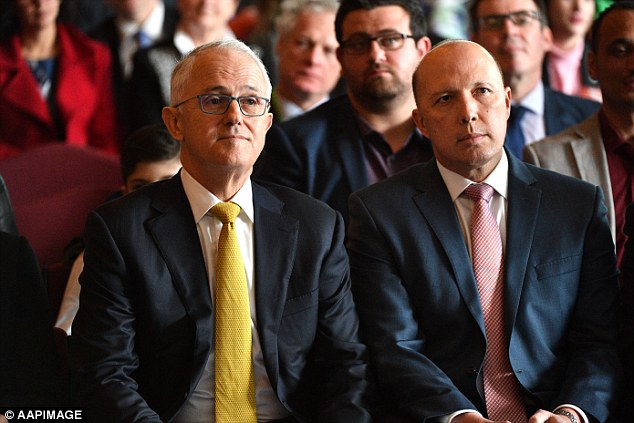 Mr Dutton has told the prime minister he does not want to run against him, however he did not rule out a challenge in a private phone conversation (pictured are Mr Turnbull and Mr Dutton)

WHAT IS THE NATIONAL ENERGY GUARANTEE?

Cabinet minister Simon Birmingham insisted the prime minister has support from the majority of the party room.

He urged a ‘handful of troublemakers’ in coalition ranks to pull their heads in.

‘As long as we get on and focus on the things we are doing for Australians … there is no reason why we cannot get on and win the next election,’ he told Sky News on Monday.

Senator Birmingham, who was among ministers summoned by Mr Turnbull on Sunday night replied flatly ‘no’ when asked whether Mr Dutton would mount a challenge.

‘Peter made a very clear public statement of support for the prime minister and the policies of the government – I take that at its word,’ he said. 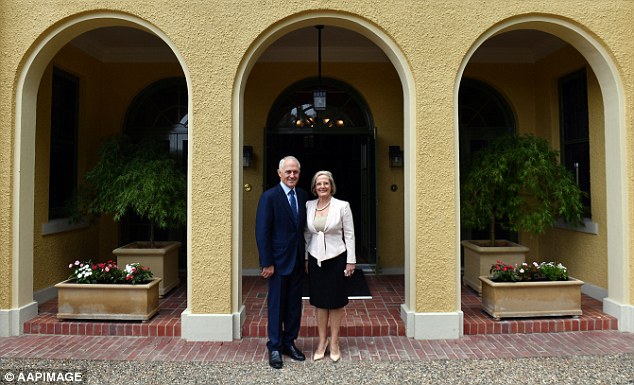