Sir Lenny Henry has revealed how his talent for comedy was first used to stop his ‘hard woman’ mother beating him as a child.

The 61-year-old’s has spoken in detail for the first time about the brutal thrashings he suffered at home – and the racist abuse he endured when he left his front door in Dudley.

By the age of 15 he was doing comedy gigs and within two years became one of Britain’s hottest stars after winning the talent show New Faces in 1975, aged just 17.

But his new autobiography ‘Who Am I, Again?’ reveals his home life was no barrel of laughs, yet would spark his legendary career in comedy.

Describing his mother Winifred he says: ‘Mama was a fine cook, but she was a hard woman and could be brutal when she disciplined us. She once hit me in the face with a frying pan. Another time she threw a chair at me – I ran up the stairs and round the corner – but the chair followed me’. 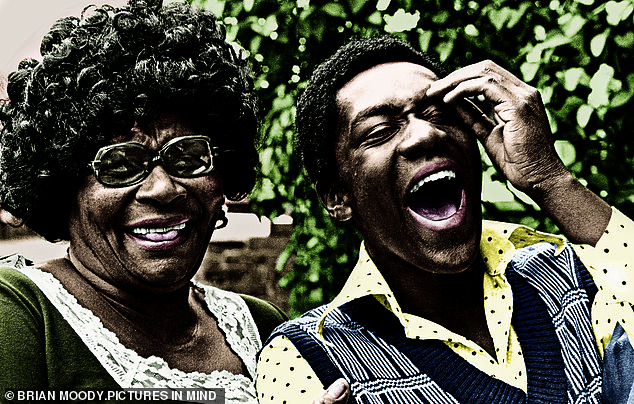 In his hotly awaited autobiography Who Am I, Again? – Sir Lenny Henry, pictured  with his mother Winifred in 1975, says he would try to make her laugh to stop her beating him

But he has revealed that he would learn that making her laugh was the best way to stop the violence.

He said: ‘Mama smiled rarely, but when she did, it was fantastic. Because I spent a lot of my childhood being disciplined by this woman – with belts, branches, boots, sometimes the occasional pan lid – seeing her laugh was a revelation. All that anger and worry would disappear from her face, and this other Mama would appear. Maybe this is what triggered my love of comedy – Mum’s laugh was legendary. I loved this Mama: I wasn’t so keen on the other one’. 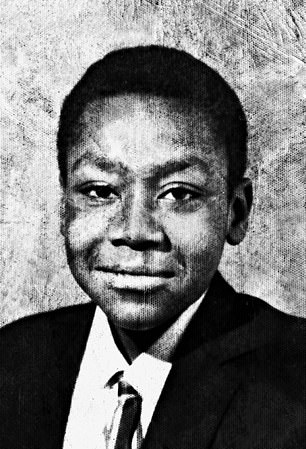 He talks of the abuse he received at his secondary modern school, Blue Coat in Dudley, from one boy in particular: ‘He’d say hateful things like, “Hey, darky. Oi, nig-nog”

He added: ‘I once got a letter from a black journalist taking issue with me about the stand-up I’d done about getting beaten by her. He said it trivialised physical child abuse and perpetuated a stereotype of Third World parenting. I agree with all that, but the problem is, I grew up with beatings and b***h licks – to use the West Indian term. It might be a trope, but it was true’.

In his hotly awaited autobiography Who Am I, Again? – serialised exclusively in The Mail on Sunday’s Event magazine today – he reveals how his wit saved him from a beating at the hands of his tormentors at school in Dudley in the West Midlands.

And that gave him the confidence to start performing, which led him to win the ITV talent show New Faces in 1975 – and go on to have a glittering, award-winning career.

It was a time when racism was all too common, and ‘the National Front was out there starting trouble if you had the nerve to walk down the street with black skin,’ Sir Lenny recalls.

He details the abuse he received at his secondary modern school, Blue Coat, from one boy in particular: ‘For a brief period, I’d had a fight every single day with this kid, let’s call him Danny Waverly.

‘He’d say hateful things like, ‘Hey, darky. Oi, nig-nog.’ Every day, the same greeting as usual. There he was, as soon as I walked through the school gates, with his fists up. A racist slur and then a fighting blur.’ 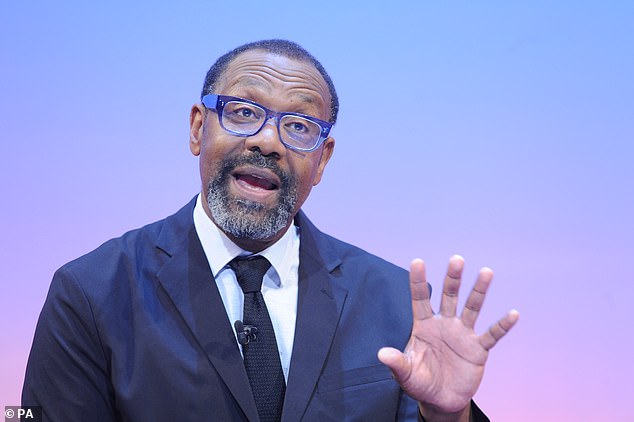 ‘The particular escape route I chose one morning would lay the foundation for my future career. ‘I said something like, “Not this again Waverly. Ya must really fancy me, ‘cos you’re always tryin’ to get me to roll around on the ground with ya”

But young Lenny had little success with his fists.’One thing everybody knows about me is that I cannot fight,’ he writes.

‘If you asked my sister Kay whether I can handle myself in a scrap, she would throw back her head and cackle like a witch. I was hopeless.

‘But every day I’d be rolling around on the ground with Danny Waverly, who hated me for the sole reason that I was black. I was tired of this constant scrapping. I needed to think my way out.

‘The particular escape route I chose that morning would lay the foundation for my future career.

‘I said something like, ‘Not this again Waverly. Ya must really fancy me, ‘cos you’re always tryin’ to get me to roll around on the ground with ya.’ ‘

The dim-witted Waverly responded with more racist abuse: ‘Shut y’mouth, coon,’ but Lenny carried on with his patter: ‘You hit me, I hit you, we fall on the ground and hug. Why don’t we go and have dinner and a movie first? You could buy me a ring – mek it official?’

Lenny’s decision to use his wit was decisive. ‘Normally, whenever these situations would occur at the school gates, other kids would gather in a circle and yell, ‘FIGHT, FIGHT, FIGHT!’ This time, these kids did me the huge favour of actually laughing at my attempts at humour.

‘Waverly still gave me one or two pops to the head, but the laughter made me feel immune. Eventually, someone in the crowd said, ‘Jesus, leave him alone man.’

‘The rest of the crowd joined in, and soon he simply stopped and walked away. 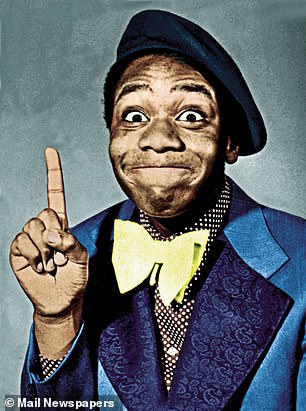 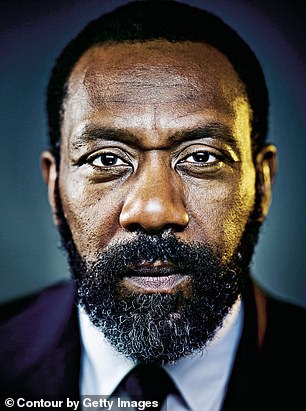 But he was not to be free of racism, recalling how even at college he would be tormented by another bigot, called Barry Jones, who would regularly abuse him.

‘As usual I tried joking my way out of it by playing to the gallery,’ he recalls. ‘Sometimes it works.’

But one day Jones reacted viciously to Lenny’s teasing. ‘He lost his rag, turned on me and spat out the phrase ‘black c***,’ ‘ the comedian, now 61, recalls.

‘My cheeks burnt. I lashed out and caught Barry with a whopping blow to the side of his face.

‘Everyone told me that he was a racist and he deserved it.

‘But I just felt sad that I lashed out. What happened to what I’d learnt at school about handling racism with humour?’

But it was not long before Lenny’s wit and gift for impressions became his fortune. By the time he was 15, he had developed enough of an act to perform in a local club – and after just a couple of performances he applied for New Faces, which he went on to win.

‘In an instant my life had changed for ever,’ he writes.

It came as Sir Lenny quipped ‘I am Justin Trudeau’, as he took to the stage at a television conference.

The Canadian prime minister, 47, has apologised after a yearbook photo surfaced of Mr Trudeau in ‘brownface’ make-up at a 2001 Arabian Nights costume party.

Now comedian and actor Sir Lenny, 61, speaking at a Royal Television Society (RTS) event, has introduced himself as the Canadian prime minister.

‘Nice to see you. I am Justin Trudeau. I’ll be answering your questions any minute now,’ he said, to laughs.