A Liberal Democrat election candidate has resigned after tweets with racial and homophobic slurs that he’d posted in the past resurfaced today.

The party opened an investigation into Kevin McNamara, their candidate for the marginal seat of Thurrock, in Essex, after the tweets were shared by shocked and appalled social media users. 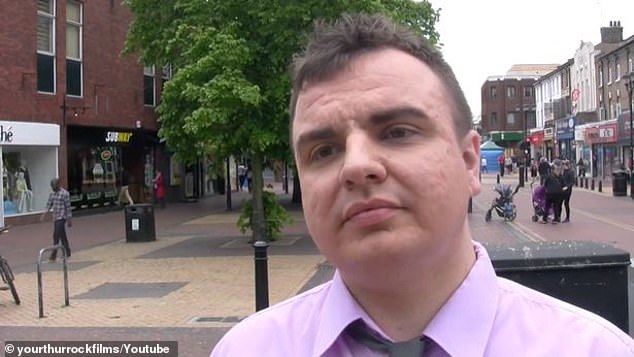 Kevin McNamara, Liberal Democrat candidate for the marginal seat of Thurrock, in Essex, has resigned after old tweets from his account filled with racial and homophobic slurs resurfaced

Another said: ‘santander are being c**** and a black girl is walking around with her handbag on her head. Y ME????’ (sic)

Mr McNamara announced his resignation shortly after the posts were revealed and also issued an apology.

Check this out  Magnitude 8.2 quake strikes in the Pacific, no damage...

He said: ‘I am deeply sorry for the comments that I made that are currently being reported in the press. These words are deeply offensive and I apologise profusely to everybody that I have offended with these tweets. 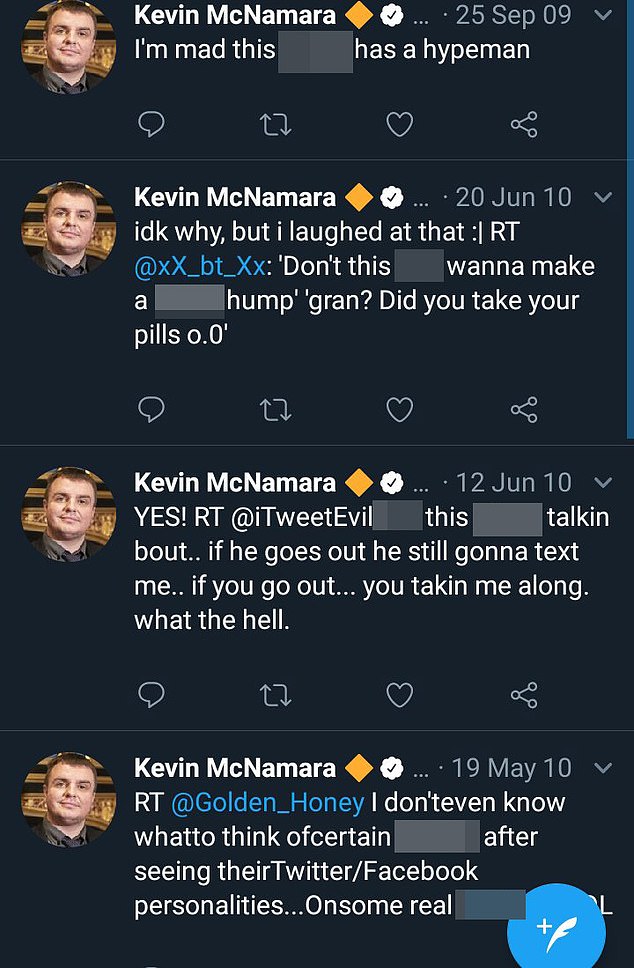 In this series of tweets, Mr McNamara used the n-word several times in 2009 and 2010 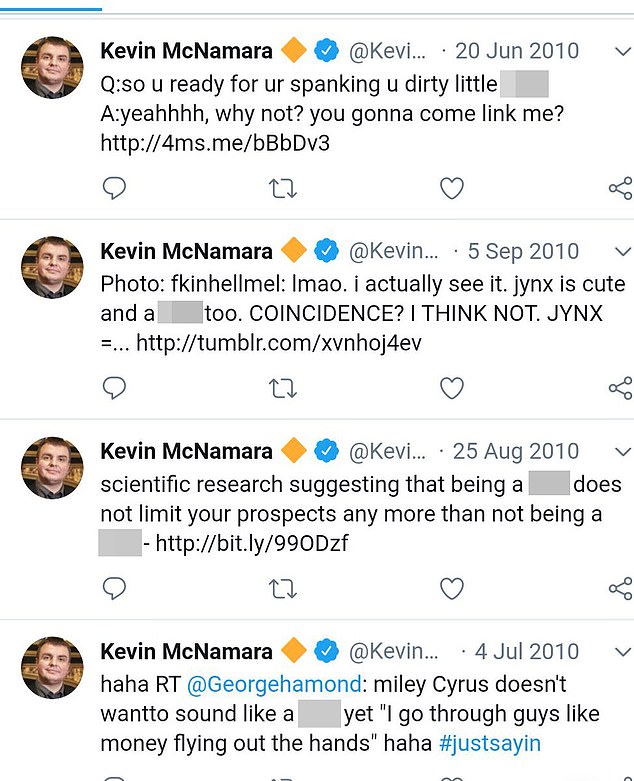 The recently resurfaced tweets are full of racial, homophobic and sexist slurs and Mr McNamara has apologised 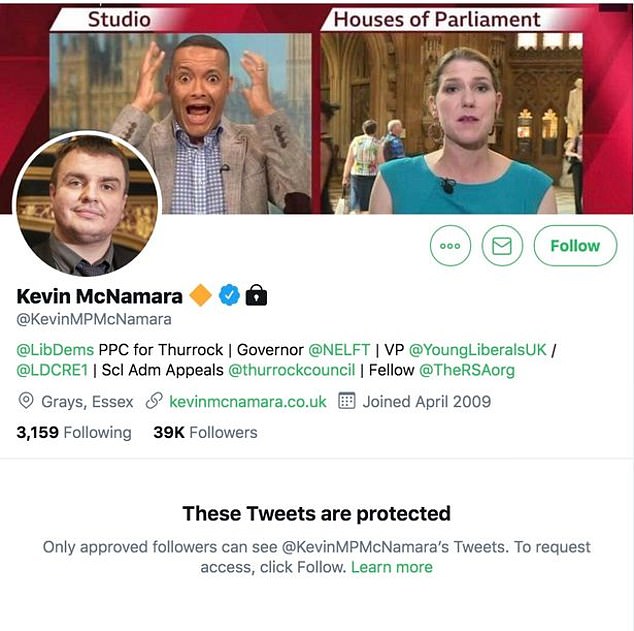 ‘I would never want to undermine the voices of those communities with slurs or degradation and it’s important that people who want to represent the public are held to the very highest standard. I am resigning as a candidate with immediate effect for the upcoming election.

‘I apologise to all of those I have let down with my past conduct and will work hard to regain their trust.’

As the news filtered through social media, Mr McNamara changed his account to protected, which means only approved followers can view them.

However, before the account was sealed, social media users took screen grabs and published his offensive messages.

A Liberal Democrat spokeswoman said: ‘Kevin McNamara has now resigned as PPC for Thurrock. A disciplinary process has been instigated.’